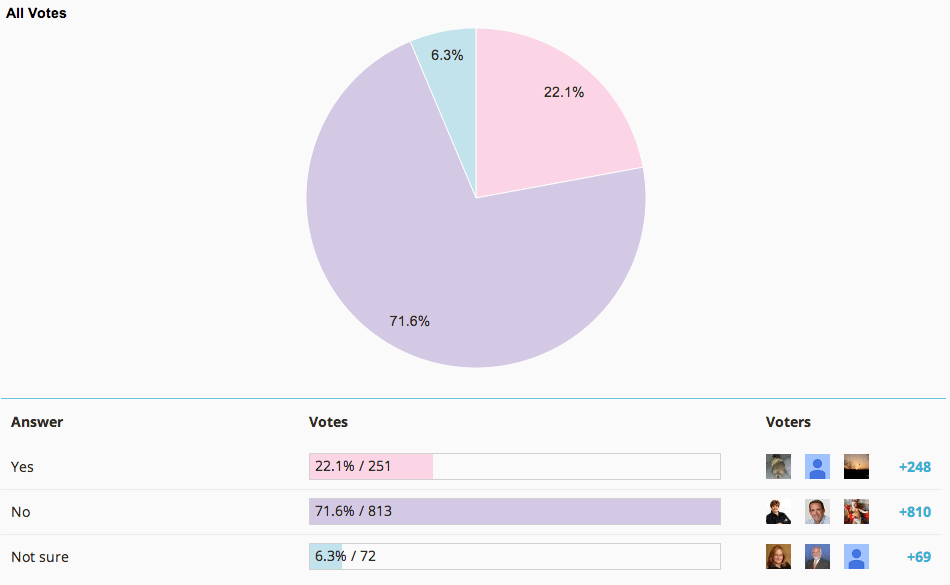 Inman News readers are not thrilled with Zillow’s new “coming soon” feature, which allows agents, brokers and multiple listing services who have a relationship with the portal to premarket their listings for up to 30 days on its site before they enter them into the MLS.

Some MLS execs see the feature, launched in June, as both a challenge to MLS’ role in the industry and a chance to evolve. Brokers and agents have expressed mixed feelings, too, with some taking a wait-and-see approach.

Inman News readers, however, overwhelmingly disapprove of the new feature in a poll that ran with this story and stayed open from June 18 to July 8.

Zillow 'coming soon' listings: threat to the MLS or a chance to evolve?