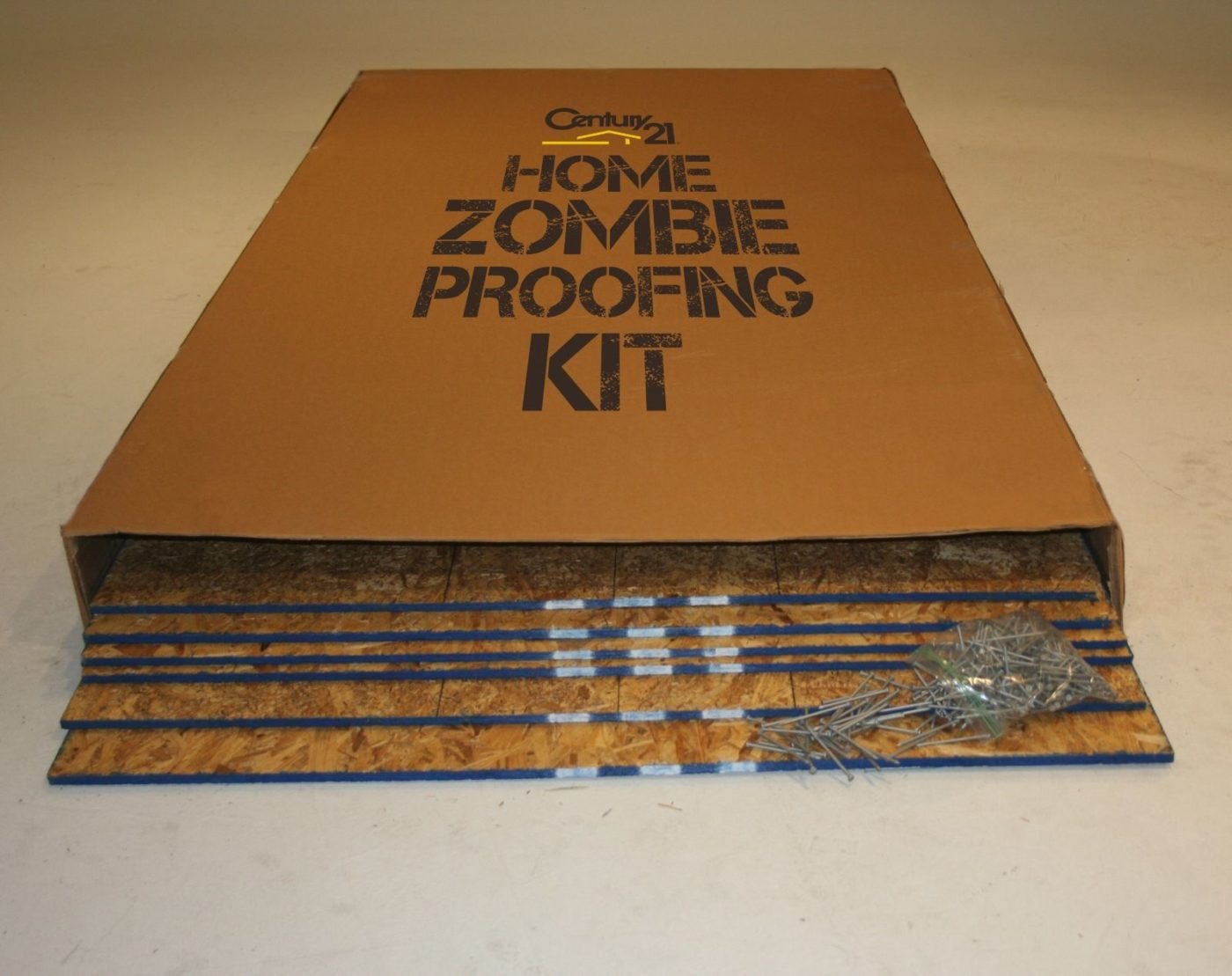 Remember when Century 21 rode on the coattails of the finale of the hit TV series “Breaking Bad” by placing a fake ad on Craigslist for the New Mexico home of the main character, Walter White?

The crafty Realogy franchisor is at it again, capitalizing on the excitement over the return of “The Walking Dead” this weekend on AMC by putting a “Century 21 home zombie-proofing kit” on eBay.

The zombie kit — some particle board and nails — may not do much to protect you from the undead, but it should generate some viral buzz for Century 21 on social media channels. EBay users can not only bid on items, but favorite them on Facebook, Twitter and Pinterest.

All proceeds will be donated to Easter Seals, Adweek reports — not including the intangible value of the additional visibility for the Century 21 brand.