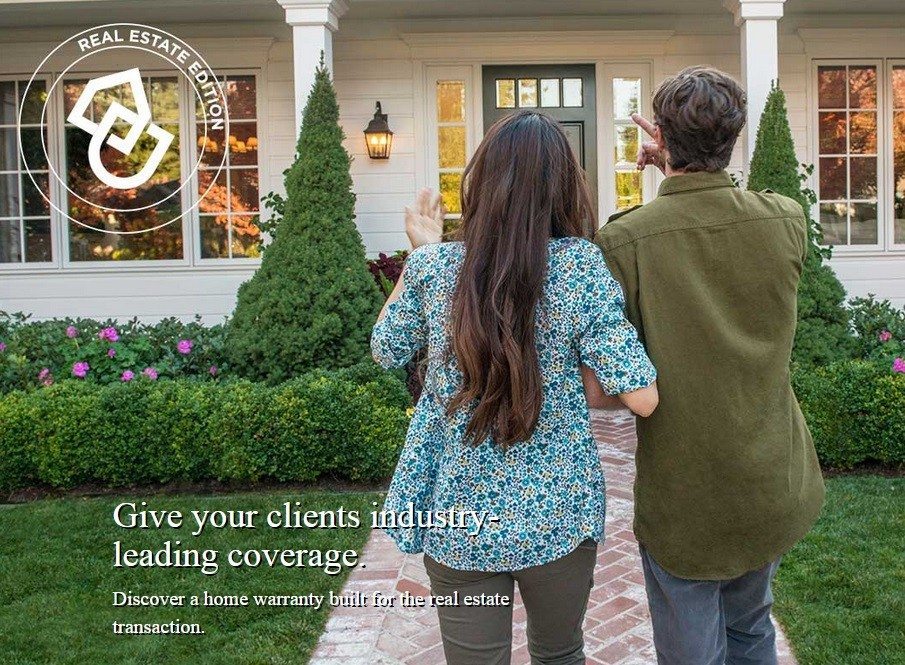 American Home Shield is offering three new home warranty “real estate plans” that cover major home appliances and system components during and after a home sale that the company is marketing to sellers and listing agents.

Qualified sellers can buy the redesigned seller coverage package for up to six months while their home is on the market to avoid unexpected expenses, differentiate properties from other listings, and help take care of preclosing issues related to home inspections, the company said.

“Our research already shows that homes with an American Home Shield home warranty sell faster and at a higher price point than those without a home warranty,” said Laird Hamberlin, vice president of sales for American Home Shield, in a statement. “We believe our new real estate plans will be even more attractive to homebuyers, sellers and real estate professionals, and help us support responsible homeownership by delivering even greater value to our customers and the market as a whole.”

In its most recent annual report to investors, parent company ServiceMaster said 18 percent of warranties written by American Home Shield last year were “derived from sales made in conjunction with existing-home resale transactions,” and 13 percent were direct-to-consumer sales. The rest were renewals of existing contracts.

American Home Shield has admitted no wrongdoing in the settlements, and has been careful to protect real estate brokers and agents from liability. The company said that the 2012 settlement confirmed that its revised broker compensation practices, ProConnect, complied with RESPA.

American Home Shield’s operating revenue grew by 2.7 percent in 2013, to $740 million. Adjusted earnings before interest, taxes, depreciation and amortization (EBITDA) were up 21 percent, to $171 million.

The company attributed most of the increase in adjusted earnings to “higher operating revenue, lower claims costs, including a favorable adjustment to reserves for prior year contract claims, and lower provisions for certain legal matters.”

In March, American Home Shield announced that it had obtained approval from regulators to acquire HSA Home Warranty, and would “leverage the power” of both brands to accelerate growth in strategic markets by “increasing awareness about the value that home warranties provide.”

Regulators sign off on American Home Shield's acquisition of HSA Home Warranty
Back to top
Only 3 days left to register for Inman Connect Las Vegas before prices go up! Don't miss the premier event for real estate pros.Register Now ×
Limited Time Offer: Get 1 year of Inman Select for $199SUBSCRIBE×
Inmanpot
Log in
If you created your account with Google or Facebook
Don't have an account?
Create an Account
Forgot your password?
No Problem