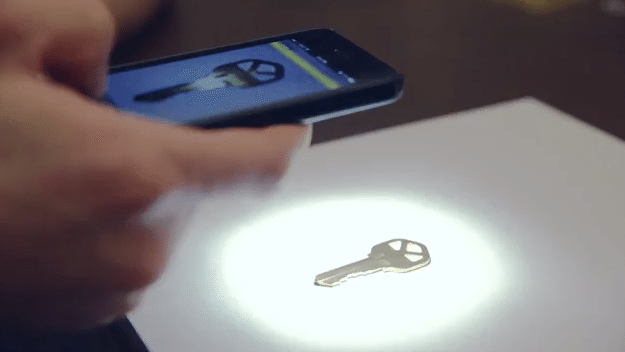 KeyMe, a service that lets people store digital copies of their keys and quickly replace them, says it plans to have kiosks in over 100 locations around the country by the end of the year.

“To date, we have saved our customers hundreds of thousands of dollars in emergency lockout fees,” said Greg Marsh, CEO of KeyMe. “With our next-generation kiosks and new locations, we will make it even easier to get a highly accurate copy of any key type, including car and house keys in the most convenient, secure way possible.”

KeyMe was featured in a “Startup Spotlight” video last year.

People can use a physical copy of a key to cut a new one in 30 seconds at KeyMe’s kiosks, according to KeyMe.

Or, if a person has scanned their key using KeyMe’s iPhone app, which stores digital copies of keys in the cloud, the kiosk can verify a person’s identity through a fingerprint scan and then print a physical key based on the digital copy. Keys start at $3.99 apiece.

KeyMe has operated a number of kiosks in New York City since last year. By the year’s end, it says it’ll have set them up in more than 100 spots around the country, including various 7-Eleven and Rite Aid locations.

In addition to printing keys for standard locks, the kiosks will also be able to copy car keys, including those with transponder chips.

KeyMe called that functionality “an industry game-changer,” since it’ll allow consumers to avoid traveling to a dealer and paying hundreds of dollars for duplicate or replacement keys.

Users who scan a car key at a kiosk, and when necessary, the key’s transponder, should receive a copy by mail in under two days, KeyMe said. Prices start at $19.99 for nontransponder car keys and $64.99 for transponder keys.

KeyMe has always had a playful streak to it.

In that vein, its kiosks offer personalization options such as key skins featuring NFL, MLB, NBA, NHL and major college sports teams, as well as popular characters including Mickey Mouse, Darth Vader and Hello Kitty. There are also bottle-opener keys and “ultra-light high-performance keys” on tap.

KeyMe customers who’ve scanned their keys can also mail-order keys themselves, including pairs with custom 3-D designs on their handles. And in New York City, they can obtain keys through a delivery service that KeyMe rolled out in partnership with local locksmiths.

Users can share their keys with others through email using KeyMe’s kiosks and apps. 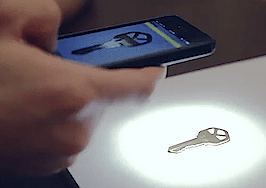 Never be locked out again: KeyMe app creates digital copies of keys, stores them in the cloud 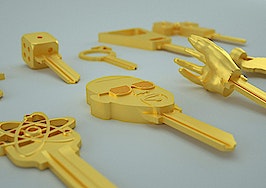 Google's mobile prototype can create 3-D real estate models
Back to top
Only 3 days left to register for Inman Connect Las Vegas before prices go up! Don't miss the premier event for real estate pros.Register Now ×
Limited Time Offer: Get 1 year of Inman Select for $199SUBSCRIBE×
Inmanpot
Log in
If you created your account with Google or Facebook
Don't have an account?
Create an Account
Forgot your password?
No Problem