When considering how to realistically gauge agent adoption of a product, industry organizations would be wise to consider the wide variations in productivity among their members, according to a study by real estate consulting firm WAV Group.

The study surveyed about 150 multiple listing services representing nearly 335,000 Realtors. National Association of Realtors subsidiary Realtors Property Resource paid for the study, but RPR data was not included in the analysis. Non-Realtor subscribers were not included in the study. The MLSs had both Realtor and non-Realtor members, but most had few non-Realtor members, WAV Group said.

The study found that, between January and June 2014, nearly 1 in 4 subscribers did not close any transactions. Half closed between one and 10 transactions. 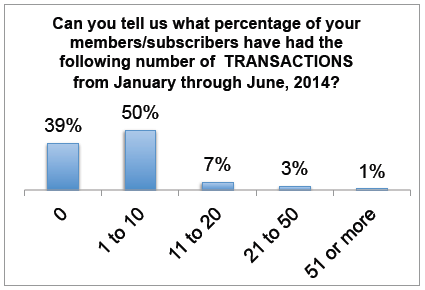 In that same six-month period, 43 percent of subscribers had no listings in the MLS, and 47 percent had between one and 10 listings. The listing breakdown among the remaining 10 percent was similar to that among transactions: 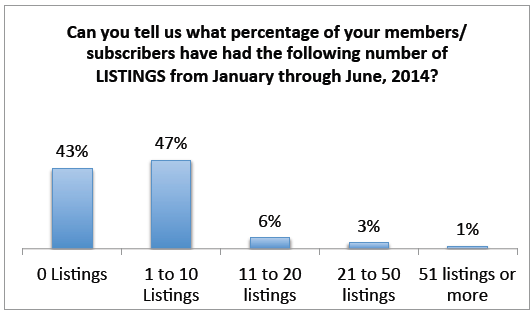 Marilyn Wilson, founder partner of WAV Group, said she was “a little pleasantly surprised” to see how many Realtors were actually doing business. She expected the results to conform to the common refrain that 20 percent of agents do 80 percent of the business.

The study doesn’t necessarily debunk this, given the lopsided spread of deals. But it does show that 60 percent of agents are doing 100 percent of the business, Wilson said.

“It’s a different mix than we thought we might see,” she said.

The study found that 58 percent of MLS members log in daily to their MLS. This and the productivity stats indicate that there may be a signficiant chunk of real estate professionals who are holding their MLS subscription just to have access to the data or perhaps to buy something for a family member on occasion, Wilson said.

Given those numbers, MLSs, associations and brokerages should consider a new way to more accurately measure adoption of new technology they offer their agents, WAV Group said.

“MLSs that calculate adoption based on all of their members are actually understating the success they’ve had in attracting productive agents to their suite of technology tools,” the report added.

Instead, technology decisions should be made to serve the needs of those driving the industry with transactions and adoption calculations should be based on the MLS’s productive members, WAV Group said.

“A lot of the time in an MLS, the board will approve a program … (and) let’s say that somebody comes back and they have 20 percent or 25 percent adoption when you (include all subscribers). A board that isn’t educated … might say that’s not very good,” Wilson said. But if 40 percent of productive agents are using the system, “that’s actually very good,” she said.

Knowing productivity rates will help MLSs, associations and brokerages tailor their messages about the technology they offer to agents doing different amounts of business, Wilson said. Messaging to top producers should not be the same as communications with that 50 percent of agents who do between one and 10 deals in six months or with the 39 percent who do none, she said.

That middle tier, for instance, is a great group to target with technology offerings in a way that acknowledges they are very interested in learning and excited about growing their business, Wilson said.

Top producers tend to be proactive and embrace “everything they can get their hands on,” not necessarily just technology, but also training programs and other offerings, she added.

“Over time, ideally, we can repeat this,” and tackle those questions, she said. She’d like to hear from any industry players, including RPR, who would be willing to partner to provide the necessary data for an industrywide picture, she added. 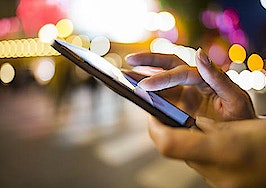 Things get ugly when agents outnumber transactions
Back to top
Only 3 days left to register for Inman Connect Las Vegas before prices go up! Don't miss the premier event for real estate pros.Register Now ×
Limited Time Offer: Get 1 year of Inman Select for $199SUBSCRIBE×
Inmanpot
Log in
If you created your account with Google or Facebook
Don't have an account?
Create an Account
Forgot your password?
No Problem