Taner Halicioglu, who was Facebook’s first full-time employee outside of the social network’s founders, has thrown some of his weight behind listing search app fypio, marking the latest vote of confidence in lifestyle-based real estate search technology.

San Diego-based fypio helps buyers hone in on properties based on their desired neighborhood characteristics, like school quality and crime level, and preferred home amenities, like swimming pools and “outdoor living.” Similar search functionality helped RealScout, a collaborative search platform for real estate agents and their clients, recently bag $6 million in a Series A funding round.

Keshif Ventures, founded by Halicioglu, has made a “significant investment” in fypio, bringing the total amount of capital it’s raised so far up to $2 million, according to fypio.

“The real estate market is primed for transformation and fypio has all of the makings of an app that can reshape the industry,” Halicioglu, who reportedly left Facebook in 2009, said in a statement.

Fypio, which claims to be attracting over 1,000 new users a week, currently covers San Diego only, but has plans to expand to the San Francisco Bay Area in the next 60 days.

Halicioglu said fypio CEO Michael Koh, who previously told Inman he used to be the CEO of Argentina’s largest property management firm, “has a strong background in real estate which lends unique insight, and the app will not only benefit the consumer but will also be beneficial for Realtors on the back end.”

Fypio also has an advantage over some other listing search apps because it taps multiple listings services for its inventory, Halicioglu said.

Koh previously told Inman that fypio was accessing an MLS Internet data exchange (IDX) feed through what he calls a “broker participant.” In exchange for providing that access to fypio, the broker participant gets free leads from the app.

When Inman profiled fypio in July, Koh said fypio had “broker participants” lined up in markets throughout California, the Dallas-Forth Worth area of Texas, and Washington, D.C., for when the app chooses to expand from San Diego.

“Since fypio leverages the MLS, it is tied in to the best resource for real estate, which is something competitive apps can’t necessarily claim,” Halicioglu said. “This gives it a leg up on competition and it also paves the way for its continued growth.”

Editor’s note: This story has been updated to correct that fypio does not charge for leads it provides to brokers after the broker’s partnership with fypio has been in place for six months, as a previous version of this story stated. 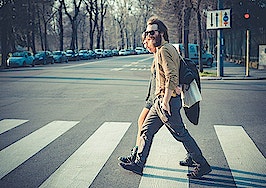 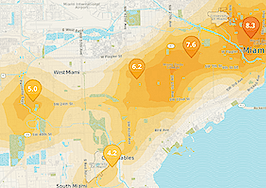 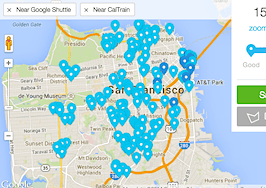 Show me homes near surf spots and Google buses, please
Back to top
Only 3 days left to register for Inman Connect Las Vegas before prices go up! Don't miss the premier event for real estate pros.Register Now ×
Limited Time Offer: Get 1 year of Inman Select for $199SUBSCRIBE×
Inmanpot
Log in
If you created your account with Google or Facebook
Don't have an account?
Create an Account
Forgot your password?
No Problem