When real estate advertising began leaving newspapers over the last decade and shifted online, it took a big chunk of the industry’s revenue and sent the paper media giants into what could be called a free fall.

In 2009, three newspaper giants — Gannet Co. Inc., The McClatchy Co. and the Tribune Co. — launched HomeFinder.com as an attempt to recapture some of the real estate advertising revenue they had lost to Internet-focused upstarts like Zillow and Trulia.

From 2011 to 2014, the amount real estate brokers and agents are estimated to spend on newspaper advertising dropped 65 percent, according to data and projections from advertising research firm Borrell Associates Inc. Over the same time period, the agent and broker online ad spend jumped 544 percent.

HomeFinder.com powers the real estate search for the over 375 sites operated by its three owners, and more than 130 sites operated by GateHouse Media as part of a deal forged in 2011. Now it’s set to do the same for many more local newspaper sites.

The Local Media Consortium, a group of over 55 companies who operate more than 1,200 individual publications in the U.S. and Puerto Rico, has signed a deal with HomeFinder.com that makes it easy for its member firms to use the portal to power their real estate search.

Collectively, the group claims to reach approximately 470 million unique visitors each month. The sites operated by its members include: The Boston Globe, Boston Herald, Chicago Sun-Times, The Dallas Morning News, The Sacramento Bee and the Atlanta Journal-Constitution. 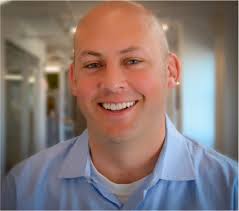 The group signed a master deal that makes it easy for any of its members to bring on HomeFinder.com thanks to the creation of a groupwide standard contract, HomeFinder.com President and CEO Doug Breaker told Inman. The prices for HomeFinder.com’s services, which include search and broker and agent advertising products, vary based on the size of the firm it works with, he said.

“Providing consumers with easy access to accurate real estate listings is a great service our local media outlets will now add to a solid lineup of digital products and services,” said Christian Hendricks, chair of the Local Media Consortium’s executive committee and vice president of interactive media for The McClatchy Co., in a statement.

The McClatchy Co. is a member of the Local Media Consortium. HomeFinder.com’s two other owners are not.

HomeFinder.com also sells advertising and provides marketing services like the open house app it acquired in December, Open Home Pro, and single-property websites to a network of 20,000 real estate professionals.

Breaker says HomeFinder.com’s long-term goal is be one of the top five most popular sites in the U.S. It has a long way to go. As of October, it hadn’t cracked the top 20, according to Experian Marketing Services data marking total visits from desktop computers.

But by bringing on more partners like those in the Local Media Consortium, HomeFinder.com may start taking some noticeable steps toward that goal. For the real estate search it powers on partner sites, consumers are directed to a site on HomeFinder.com that’s co-branded to the partner site. That means it registers all traffic from real estate search done on those sites.

Like large portals Zillow, Trulia, realtor.com and Homes.com, HomeFinder.com sells advertising products to brokers and agents including ZIP code-based ads and enhanced listings. Where its owners operate real estate sites, they have exclusive access to those advertising products, Breaker said. In other areas, they’re sold on a nonexclusive basis, he said.

HomeFinder.com gets approximately half of its listings from the syndication platform ListHub, Breaker said. The other half comes directly from brokers and the approximate 50 multiple listing services it receives a direct feed from, he said.

In January, HomeFinder.com launched the “Broker Advantage Program,” a program for brokers to send their listings to it directly, with Better Homes and Gardens Rand Realty as the first participant. 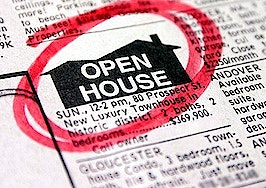 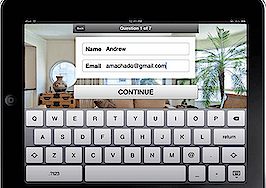 HomeFinder.com launches Open Home Pro Android tablet app
Back to top
Only 3 days left to register for Inman Connect Las Vegas before prices go up! Don't miss the premier event for real estate pros.Register Now ×
Limited Time Offer: Get 1 year of Inman Select for $199SUBSCRIBE×
Inmanpot
Log in
If you created your account with Google or Facebook
Don't have an account?
Create an Account
Forgot your password?
No Problem