StoryApp lets users custom build single-page websites with links to their social media profiles and calls to action.
by Paul Hagey
Share this article
You successfully shared the article.
Close

There’s got to be a better way to connect with others in the digital age than business cards.

That was the idea behind StoryApp, a new Web-based digital profile platform developed by Jeff Lobb, a real estate speaker and Exit Realty Corp. International’s former vice president of technology and innovation.

StoryApp is currently in beta, allowing real estate agents and other users to create and design a mobile-optimized profile page with links to their social media accounts, forms that prompt visitors to sign up for newsletters or other mailing lists, and the ability to add unlimited text, photo and video content. 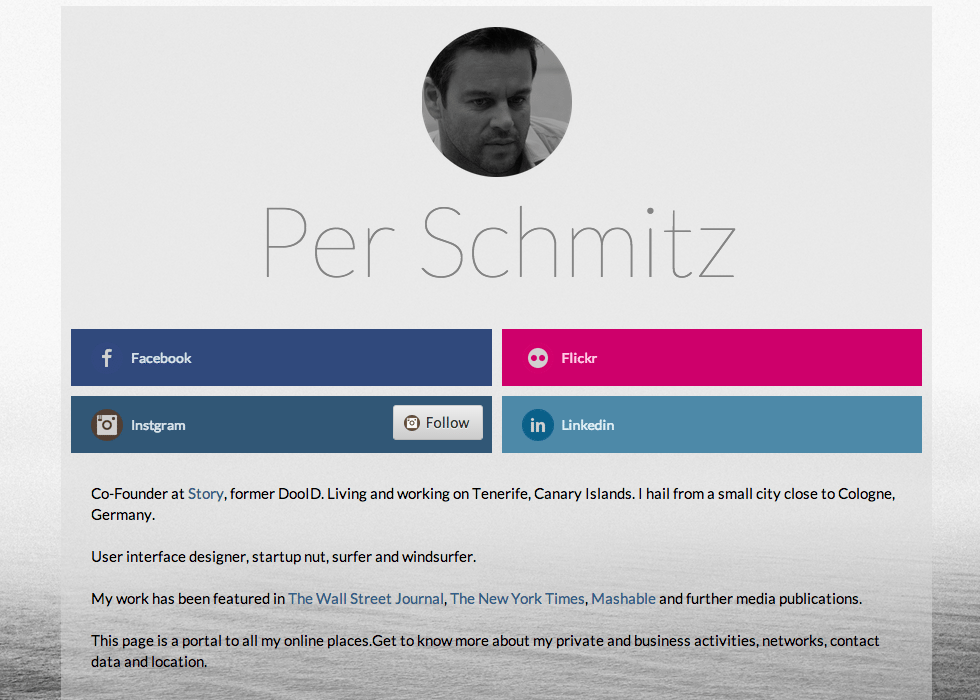 StoryApp’s back end allows for a lot of customization, including the ability for users to choose a background image, colors for text and hyperlinks, and the width of the main content section. In addition to customizing design, users can easily add extra tabs that help them segment content on their site.

The result is a single-page website that automatically resizes to fit any screen and provides a streamlined, straightforward professional introduction that tells the user’s “story.” Users can share their StoryApp page by text or email, as they would any other link.

Lobb says user control over the StoryApp’s layout, which includes drag-and-drop functionality, is one way it differs from its more established competitor about.me, which is also aiming to be a replacement for paper business cards.

About.me has gained some traction in the real estate industry. Of the roughly 4 million pros with about.me profiles, several thousand have “real estate” or “real estate agent” in their titles, an about.me spokeswoman told Inman in November.

At the time, about.me was launching an iPhone app, “Intro,” that allows users to text or email their about.me page to contacts as a digital business card.

Another tech firm, intelliPaper, is looking to breathe new life into traditional business cards by offering paper cards that double as flash drives, allowing them to deliver Web-based content to any device with a USB port. 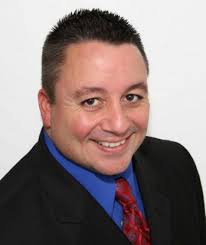 Though Lobb has both feet squarely in the real estate industry, he and his Story App co-founder, Per Schmitz, envision the app will be embraced outside of real estate, too.

It’s targeted at those who meet a lot of people in their professional lives, like salespeople, and want to ensure that their contact information won’t disappear into a wastebasket or stack of a disorganized business cards on someone’s desk, Lobb said.

StoryApp also allows users to request, manage and display customer reviews from the app and connect with contacts via social media, Lobb said.

In the future, StoryApp has plans to release an application programing interface (API) that will allow for more powerful lead capture features and ways to plug into customer relationship management platforms and other relationship-building tools, Lobb’s wife and business partner, Tiffany Kjellander, told Inman.

Agents have a growing number of places to manage their reputation and introduce themselves online, including profiles on their own websites and social media accounts, and those offered by Zillow, Trulia and realtor.com. Agent profiles on the “big three” portals are becoming increasingly important lead generation tools.

StoryApp is one way agents can insert their professional identity squarely into real estate’s increasingly mobile environment on their own terms.

“I think more and more — especially as property search transitions to mobile platforms — that (digital business cards like StoryApp) is the way for agents to refocus their efforts on branding themselves on the Web,” Joel Burslem, partner at real estate consulting firm 1000watt, pointed out in a recent blog post.

When the app launches out of beta sometime early next year, it will go for $72 per year, Lobb said. He and Schmitz haven’t decided yet whether they will offer a basic version of the app for free with additional features available at a price.

Editor’s note: StoryApp currently helps users connect with contacts on social media and also request, manage and display reviews from contacts. A previous version of this story incorrectly stated those features were to come.