The Federal Aviation Administration has authorized a real estate agent to capture photography of listings with a drone for the first time, offering a glimmer of hope to those seeking to use drones to market properties without facing potential penalties from the regulatory agency. 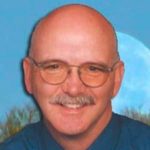 Trudeau said an FAA attorney advised him which petitions to pattern his own after, and modeled his application on those submitted by movie production companies who were granted the first exemptions in September.

“I did it,” Trudeau crowed on his Facebook page. “I am the first Realtor in the United States approved by the FAA to conduct aerial video/photography. Now I have to read it to meet all the conditions.”

And in granting the highly-coveted exemption to Trudeau on Tuesday, the FAA did stipulate a laundry list of conditions.

For starters, Trudeau must have at least an FAA private pilot certificate and current medical certificate.

The agency has also stipulated that each drone operation by Trudeau involve both a pilot and observer, and that the drone involved in an operation remain within line of sight at all times.

In addition, Trudeau must obtain a Certificate of Waiver of Authorization (COA) that ensures that the airspace for his proposed flights are safe, and that he’s taken proper precautions to avoid other aircraft.

The COAs will mandate flight rules and reporting of any accidents or incidents.

The FAA appears to have cut Trudeau at least some slack, finding that his proposed operations don’t require an FAA-issued certificate of airworthiness because they won’t pose a threat to national airspace users or national security.

Trudeau told Inman that other real estate agents are already reaching out to him through Facebook and email for advice on how to petition the FAA.

“They ask me how to do aerial photography,” Trudeau said. “I send them to websites [with details on the FAA certification process] and tell them ‘Go for it.’ ”

The FAA is drawing up comprehensive rules for commercial drone use, but they may not be finalized until 2017.

In the mean time, it maintains real estate agents and other commercial drone operators must petition for exemptions under Section 333 of the FAA Modernization and Reform Act of 2012. Trudeau said it took the FAA 177 days to approve his petition.

“The first milestone has been reached,” Trudeau said — getting the approval. “The next milestone is going to be to meet those requirements. My third milestone is to look at legislation to see if I can expedite the process and make it easier for other agents in the future.”

The FAA in June warned real estate agents who fly their own drones to take pictures or videos of listings that they are not engaged in a “hobby or recreation,” meaning that regulators could attempt to take enforcement actions against them.

Although the FAA has issued numerous cease-and-desist letters to alleged commercial drone operators, its ability to collect fines against them should it pursue enforcement actions against them remains a matter of dispute.

In March,  an administrative judge dismissed the only case in which the FAA has attempted to fine a drone operator, saying the policy notices regulators had previously issued governing commercial operation of drones were not produced through a formal rule-making process.

The FAA appealed the decision, and the National Transportation Safety Board ruled in November that the FAA can crack down on people who operate drones in a reckless or careless manner.

Drone proponents say the NTSB ruling does not address whether existing laws and regulations give the FAA authority to impose restrictions on the safe operation of commercial drones.