A female real estate agent who was kidnapped and held at gunpoint by a man while showing a model home in Sacramento County, California was released frightened but unharmed.

The man pulled out a gun while touring the home, handcuffed and threatened the agent and then let her go before driving off, Chris Trim, public information officer at the Elk Grove Police Department, told Inman.

The woman then flagged down a security guard driving through the area and was taken to a nearby store, where she contacted police Thursday afternoon, The Sacramento Bee reported.

“Obviously, it was a traumatic experience, but physically she’s fine,” Trim said about the woman.

On Thursday, investigators were at the home, which is being treated as a crime scene, The Sacramento Bee said.

The agent was showing a model home in a new development called “Fireside at Madeira,” which is being built by KB Homes, according to FOX40 News.

KB Homes did not immediately respond to a request for comment, but told FOX40 News in a statement that “the safety and well-being of our homeowners and employees is extremely important” to the company, and that “we applaud the onsite security for acting quickly and we will continue to work with law enforcement to aid in their investigation.” 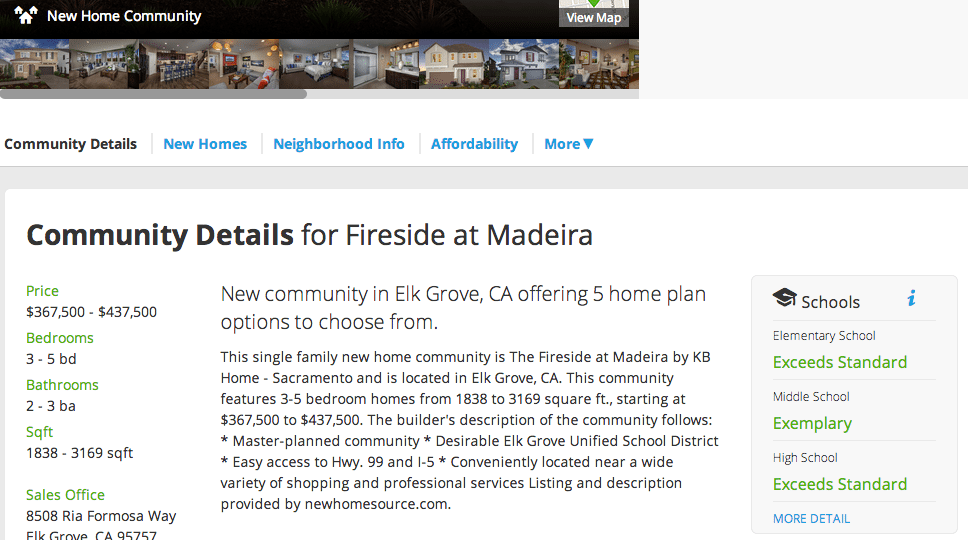 Trulia’s listing page on the development rates all the nearby schools as at least “above-average,” and hands the area a crime grade of “lowest.”

Among them: Make sure people know where you’re shopping and don’t shop by yourself.

“That same logic would carry over to” showing homes to a stranger, he said.

“You know just kind of common-sense things,” he added. “I would think that agents and broker companies would have at least two employees working to make sure there was some type of emergency protocol in place if there was a situation where they were confronted.”

News of the incident comes in the wake of the kidnapping and slaying of Beverly Carter, who was also apparently abducted while showing a home by herself.

Her death has sparked calls for real estate agents to adopt stricter safety precautions and even inspired some to enroll in self-defense classes.