“I am a change agent,” says the woman behind Agent Caffeine and BreveTV. “The things I saw within the industry that I wanted to change are starting to evolve. When people are influenced to change or transform, it is because they took action.”

Average number of posts per day: 5 to 7 per account, depending on the channel 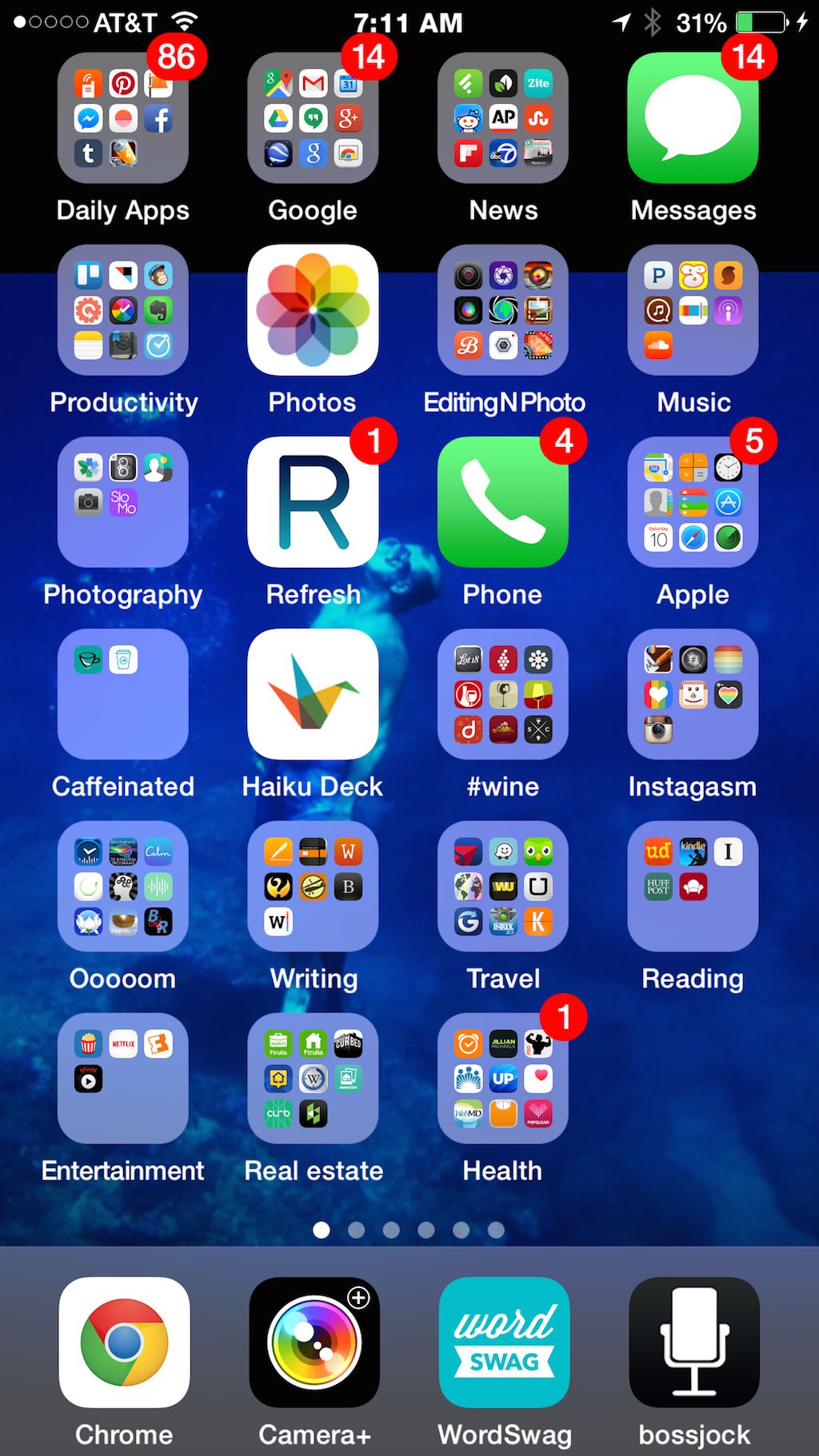 How many friends, likes and followers do you have?

My personal account on Twitter is close to 70,000 followers. I have 3,800-plus Facebook friends — but what’s in a number? It’s the connections you make that truly matter, the people you help, the aha moments you provide. That’s where the magic is.

The numbers that do matter to me are my audience viewership and listenership. Agent Caffeine gets over 50,000 downloads a month.

I dial it down on holidays, for travel and on special occasions. Also, if I’m not feeling it, I won’t post. For the most part, this is an integral part of my business. So giving it a break is like stopping sales.

Absolutely. I built a strong following through my podcast even living on an island in the middle of nowhere. Some of my most important friends and contacts I met through social media. My podcasting (which is entering its fourth year with more than 350 shows to date) would’ve never gotten off the ground had it not been for social media. It helps me connect with the people who are innovating and making things happen. It’s also expanded my horizons, given new depth to my business and helped me make the relocation smooth. To relocate and have an established based of contacts, friends and show guests is brilliant, and I couldn’t have done that without social.

With Google Plus and YouTube, it’s to continually make the show better. To be able to reach more people with messages that encourage change, help save time and make money. That’s what makes me tick. Agent Caffeine is running on a new format, new day and time (Mondays at 3 p.m. PT), and we’ll launch a new channel, “Caffeinator Media,” in 2015. We are going to blow it up! My love of wine, women and entrepreneurs shines on BreveTV Uncorked! Being located in wine country now makes that a truly exciting adventure with co-host Debra Trappen. Our hashtag is #womenonwine.

Having a physical presence is huge. It will enable me to create stronger relationships and expand my base now that I have returned to the mainland after 36 years in the islands. That is thrilling to me. I’m now training real estate agents in podcasting. I saw a huge void in the voice for community when I relocated. I want to help local agents quickly and intelligently take advantage of this void. So I will be working with groups two to three times a year to do so.

And I always focus on why I got into this in the first place and never lose sight of what got me to where I am today … I’ve had the awards, the horrors, the trials and tribulations of an agent. I’m not a hobbyist. My entrepreneurial career spans four industries and 30 years. I come from a place of hands-on experience, in real estate and in technology. No “BS,” and no telling people what I haven’t experienced myself.

Is it worth it, and why?

I have been so frustrated in business. Traversing four different industries is difficult enough, but when people slow you down intentionally to elevate themselves, well, that had to stop. I started in the real estate industry with my efforts but am expanding to women entrepreneurs as well. We all need a leg up. It’s time to stop hiding how you became successful and share the formula with others so they can win, so they don’t have to struggle as much as you did, so the industry and the environment becomes a better place for all.

I also have a stake in changing how many women are in leadership roles, getting speaking gigs, reaching a level of success and visibility they deserve based on their qualifications. Not their sex. The numbers don’t represent the truth today, and that’s got to change.

I put on a networking event for Cary Tagawa in Honolulu completely by using social media. That event enabled me to bring him into my Hawaii acting class, and he gave an “actor’s workshop” type of interview, much like James Lipton’s, in person.

I really watch what people respond to and try to craft messages that will resonate based on those experiences and insights. I often get the best results by asking questions, creating value, amplifying posts that resonate and simply paying attention to the times where the most interaction occurs on the channel I am working.

It’s always about relationships and often naturally moves into business. How you get there is by expanding your relationships, which expands your reach, your knowledge base and your connections. It is about who you know, who you engage with and how you create opportunities that are mutually beneficial.

How do you monitor the channel? Push notifications, email? Do you use software or apps to manage your account, and which ones?

I primarily use Sprout Social (it has a great reporting system) augmented with Hootsuite. I get push notifications from those I care about.

Retiring, never. Traveling the world on a long break? Always!

I am a change agent. The things I saw within the industry that I wanted to change are starting to evolve. Of course, it’s not because of me. Everyone has and will always play a role. When people are influenced to change or transform, it is because they took action. I help to start conversations and to inspire others to get the hell out of their own way and grow.

Absolutely. There are times when I prefer to be an introvert, but those are limited.

I’ve been an entrepreneur and involved in technology and startups since my first job out of college. My life has always been entrepreneurial. I went into real estate after tech. Software development was really where my heart was, but with the implosion of the dot-com era, I ended up taking the software development company and creating a successful production studio out of it. I had a team with the talent capable of pivoting to animation, broadcast compositing, Web development (this was 2000) and special effects. I just rebranded, marketed the talents we had, and boom … No. 3 in Honolulu in a couple of years.

Real estate was a weighing station for me. Being successful in real estate does not always bring happiness, and while it was great to prove to myself that I could be a success selling, it didn’t make me happy. I’ve found an unsurpassed passion and purpose in the shows and media company. This is just the beginning. Giving back to those who work so hard and creating more opportunities for change and evolution for people working in entrepreneurial careers is what makes me tick. That is where the soul lies.

By sharing messages I believe in. By helping others who are doing cool things gain visibility, and by continuing to be helpful in the space. I really don’t think of it as “leverage.” I think of it as, “How can I make an impact on others today and share secrets or insights or news or anecodotes I’ve found helpful?”

Not on social media. It’s really hard to be authentic with messages if someone else creates them. But I do have people who support the bigger picture.

People I consider thought leaders, brainiacs with emotional intelligence (those without not welcome), smart asses, influencers, people who have made it and those who are struggling to make it. It really varies. If I feel people are genuine and we have shared interests, that makes it worthwhile. Truly, it’s the people who have pushed themselves to be better, know how to have a laugh, curate interesting content and have a positive mindset who are most attractive to me.

I love Zite and Feedly as my key resources. I create a lot of the content through the shows I produce and the interviews I conduct. I also get a lot of information from the news search on Google.

2014: My Guy Kawasaki interview. That got some traction in a big way. He’s got quite the following!

All-time: 2008: My tsunami reporting was outmaneuvering CNN when we had our big tsunami scare in 2008 (the first since Twitter came on the scene). Many people, including news outlets, were using my tweets as news since I was getting news faster than the traditional national news outlets. That ended up in a white paper.

Are you a social media all-star who’d like to participate in our profile series? Email contributors@inman.com.