Editor’s note: The Federal Aviation Administration is in the process of drafting regulations that will govern the commercial use of drones in the United States. For now, the FAA maintains that commercial drone operators must apply for an exemption from existing regulations. Douglas Trudeau of Tucson, Arizona-based Tierra Antigua Realty, this month became the first U.S. real estate agent to obtain an exemption. Last summer, the FAA warned that U.S. real estate agents who fly their own drones to take pictures or videos of listings are not engaged in a “hobby or recreation,” meaning that they could be subject to enforcement action if they have not obtained an exemption.

Back in 1903, human existence was transformed beyond what anyone could have imagined when Orville and Wilbur Wright made their first flight in a powered aircraft. Since that first 12-second flight, aircraft technology has evolved rapidly, giving more people access to the power of flight than ever before.

Today, the biggest technological advances are in the realm of drones or unmanned aerial vehicles (UAVs), small aircraft that can be operated from the ground via a remote control.

But where do real estate agents go to buy the technology, and where can they learn how to use it?

A few years ago, drone technology was limited to an elite group of researchers, developers and perhaps a few military operators. Today, however, anyone with a bit of money to spend can take part in this major aeronautic advancement. And now, thanks to new companies specializing in the sale of UAVs and UAV parts, drones are becoming much simpler to acquire than they were in years past. 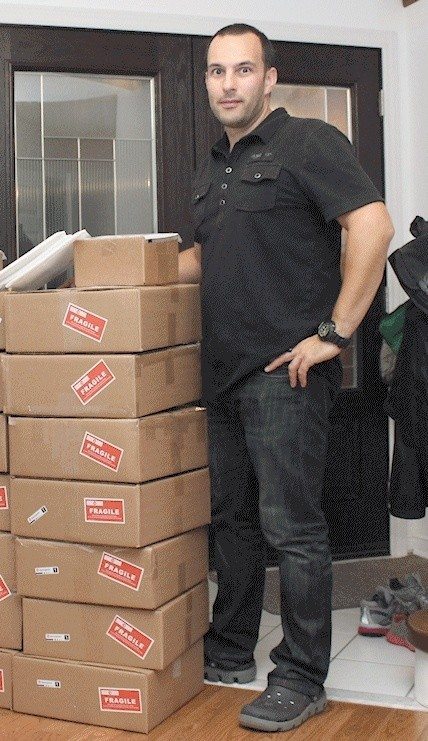 “Anyone can now fly a GoPro camera in the sky to film their activity, residence, vacation, sport …,” says Dany Thivierge, owner of the UAV retail company Canada Drones. An information technology professional by day, Thivierge operates Canada Drones out of his garage in Mississauga, Ontario, and currently ships 30-plus orders for UAVs and UAV parts every day.

Drones are also becoming more affordable. A UAV newbie could find a small drone and camera online for a little over $1,000.

So you want to buy a drone?

If you’d like to become a drone pilot yourself, you have several options to consider. The biggest decision with drones usually lies with the number of rotors. 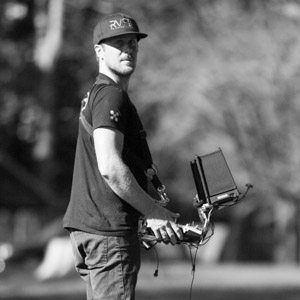 Jason Toth, a professional drone pilot who’s worked on Hollywood movies, explains that the smaller four-rotor quadcopters can be easier to fly and cheaper to purchase, but this affordability comes with other potentially dangerous costs.

“The quads … are cheaply made; there are only four rotors, and they’re easily accessible, but the issue is that there’s no redundancy,” he says. (In engineering, “redundancy” refers to duplicating critical components of a system to increase reliability.)

Hexacopters and octocoptors, on the other hand, have built-in redundancies — so if one of the rotors fails, the drone can still fly using the other rotors. More rotors won’t guarantee that your drone stays in the air, explains Toth, but the larger ‘copters can be easier to control when you run into trouble — as long as you know what you’re doing.

“You need to understand everything to do with the drone and all its flight characteristics and operations and how to get out of a situation, and that’s where people get in trouble,” says Toth. “Most people only learn to fly in GPS mode,” he says. In order to have real control over your drone, you also need to be able to operate in altitude-hold mode and manual mode, which means controlling the UAV yourself without relying on the autopilot controls.

More motors also create more thrust, which means that larger drones can carry more weight and fly for longer periods of time. But bigger doesn’t necessarily mean better when it comes to drones: “The more weight you’re lifting,” says Toth, “the more inherent danger there is, too.”

If you’d like to learn how to operate a UAV safely, there are plenty of resources to help you along the way if you live in Canada. Toth recommends visiting the Model Aeronautics Association of Canada at MAAC.ca, where you can find hobby groups to join and other resources to help build your skills.

Don’t be fooled by the “hobby” aspect, though, as even flying a drone for fun is serious business. “People think it’s a toy,” says Toth, “but you’re dealing with lithium batteries, which are very high-powered explosives and can combust into a giant fireball. It’s not a toy.”

The sky’s the limit

At the rate that technology is progressing, there’s no telling what the UAV industry will look like in years to come. “We’re still in 1982 compared to the computer era,” says Thivierge. “Give us another five years and you’ll see things that you never thought possible.” He predicts that technologies like object avoidance, intervehicular communication, swarming logic, vision processing and other innovations are just around the corner.

According to Toth, the future of drones will look like something out of a sci-fi novel. “There’s going to be stuff five years down the road that no one’s even thought of yet,” he says.

Richard Silver is a sales representative with Sotheby’s International Realty Canada and has been an active Realtor for 33 years. You can see more on his blog at Torontoism.com.