In the latest example of an overseas expansion push that’s picked up momentum in the last year, U.S. franchise powerhouse Keller Williams has quietly opened up shop in the U.K. and is expanding its presence there. 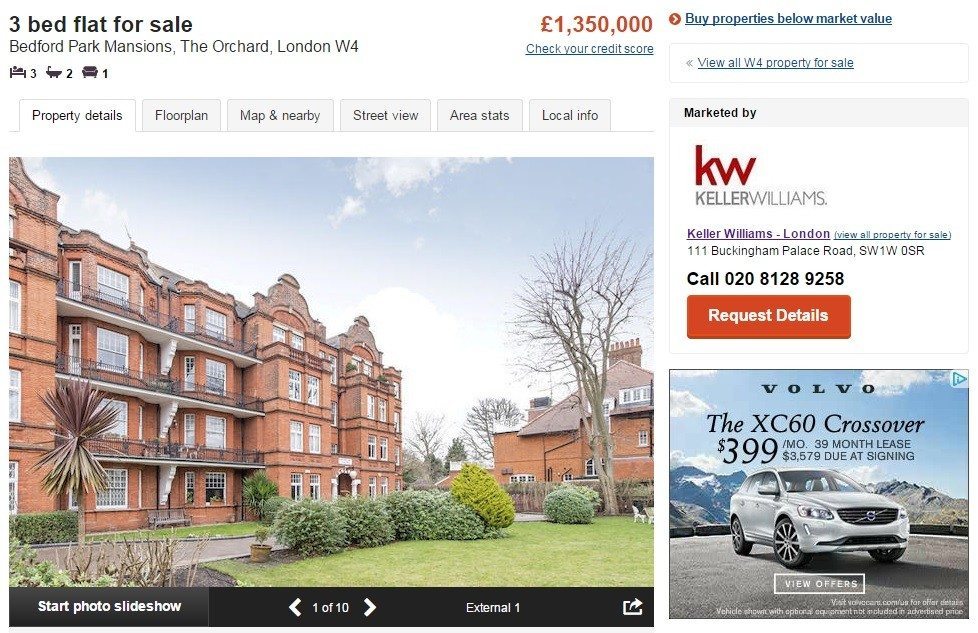 A three-bedroom flat on the market in London is one of 11 properties represented by Keller Williams agents on Zoopla.

The Telegraph reports that the company has signed up 40 “sole traders” (small-business owners, often with only a single employee) and independent estate agents in London after a soft launch last year, and plans to open two new offices in London and Leeds.

Two other big-name U.S. franchisors, Century 21 and Re/Max, have tried to establish themselves in Britain but are not major presences there, The Telegraph reports.

“As we continue our expansion outside of North America, we are watching global events closely,” Heller told Inman in December. “That said, we’ve been very purposeful about who we have gotten into business with — experienced business leaders in stable, growing markets.”