A Sacramento, California, Realtor has been charged with eight counts of bank fraud for allegedly submitting fraudulent loan applications that enabled clients she represented nearly a decade ago to buy eight homes they did not qualify for. 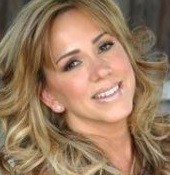 Gabriela Carter, 43, “falsely represented her clients’ income and generated false W-2s and pay stubs for various shell companies that did not, in fact, employ them,” prosecutors alleged. “Many of Carter’s clients were low-income immigrants who did not speak English and were unaware of the false representations.”

News10/KXTV reports Carter was acting as a loan officer when the applications were submitted in 2007 and 2008, and that six of the eight mortgages identified in the indictment ended up in foreclosure.

Carter was indicted by a federal grand jury on Thursday. If convicted, she faces a maximum of 30 years in prison and a $1 million fine.

The charges against Carter are only allegations and she is presumed innocent unless proven guilty beyond a reasonable doubt, prosecutors noted. Records show Carter has held a real estate salesperson’s license since 1995, with no record of disciplinary action.