Realtor Ed Robinson has taught more than 6,000 agents how to go paperless, sometimes traveling far outside his home market of Toronto, Canada, to spread the gospel.

For real estate agents who didn’t grow up with a laptop mouse and game controller in their hands, the industry’s increasing reliance on technology and the Internet may seem like a threat to their existence. But at 72, Ed Robinson is living proof that real estate agents of any age can use technology to streamline their business. 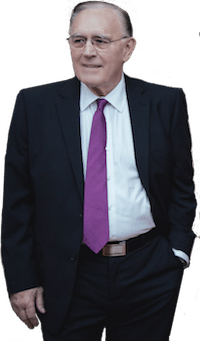 The Canadian Realtor has engineered a relatively simple mix of devices and software that enables real estate agents to ditch the filing cabinet and handle all paperwork digitally.

“Last year, I went in my office three or four times to pick up return mail,” he said. “There was no reason to go there.”

Not only has his tech toolkit helped him better serve buyers and sellers, it’s been the launch pad for his teaching business.

Robinson says he’s taught more than 6,000 agents in 161 classes over the last three years, sometimes traveling far outside his home market of Toronto, Canada, to spread the paperless gospel.

Ed Robinson relies on his iPad, a scanner, Dropbox and PDF Expert to streamline his business.

That’s a technology toolkit that’s easier to master than some all-in-one customer relationship management system and lead generation platforms, which can be loaded with powerful, customizable features that are complex to use.

Even still, any sort of technology can intimidate agents who have relied on the same workflow for decades. Part of Robinson’s job as a teacher is to allay their concerns.

And he’s got a knack for it.

“The students can relate to me because it’s not some kid doing it,” he said. One student even told him, “Oh, my god, I’m so glad you aren’t a 22-year-old.”

Robinson says agents who adopt his methods will never again have to promise, “I’ll get that when I go back to the office.”

That’s important, because the last thing agents want is for prospective clients to perceive them as being inefficient — agents who “don’t get with it” are “going to lose out eventually,” he argues.

Being “with it” helps Robinson and his students tackle tasks with lightning speed and react to developments at the drop of a hat.

If a buyer wants to make an offer on paper, for example, a scanner enables an agent to create a digital version of the document and fire it off to the listing agent.

Another scenario: A buyer meets an agent at a Starbucks to hand over a check for a deposit on a transaction. The agent photographs or scans the check and imports it into a receipt template on his iPhone or iPad. The agent can then enter the information of the person who wrote the check into the template and send the receipt to them.

Robinson also downloads MLS listings he thinks will appeal to his clients, appends notes to them in PDF Expert, and saves the PDF to a folder for future reference.

Innovating since Kaypros and dial-up

Robinson traces his fascination with technology back to 1984, when he purchased a personal computer manufactured by the now-defunct Kaypro.

Advertised as “portable” but really just “luggable,” the computer had a green, phosphorescent screen and operated at speeds that are glacial by today’s standards. 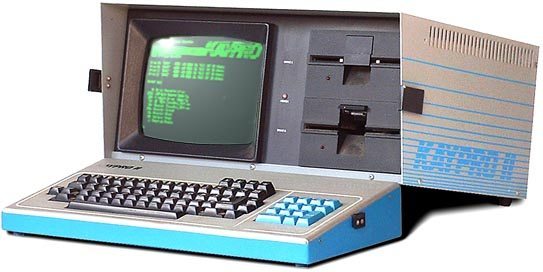 Robinson used a modem to log in to Toronto’s multiple listing service, which displayed text-only listings and allowed him to input listings of his own.

That was how tech-savvy agents listed and viewed properties back then.

But Robinson quickly realized that he could also use his Kaypro to send prospects personalized letters rather than anonymous fliers.

Thirty years later, he brought the same inventive spirit to the iPad, thinking to himself, “Oh, my gosh, I think I can do even more” after seeing someone use the device for the first time.