Homebuyers in high-priced markets tend to make bigger down payments than buyers in more affordable areas, and it’s not just because the homes they are buying are pricier — it’s because they are putting enough down to avoid requirements that they take out private mortgage insurance.

A RealtyTrac analysis of 2014 purchase loan and sales data for single-family homes and condos in 386 counties nationwide found that, on average, buyers in low-priced markets made down payments equal to just 12 percent of the home’s purchase price, compared with 24 percent in high-priced markets.

Mortgage giants Fannie Mae and Freddie Mac allow buyers to put as little as 3 percent down, but require that borrowers making down payments of less than 20 percent take out private mortgage insurance — an additional burden that can add thousands of dollars to the cost of homeownership.

Mortgages backed by the Federal Housing Administration allow borrowers to put down as little as 3.5 percent, but they pay upfront and annual insurance premiums.

In addition to being saddled with additional costs, homebuyers who make small down payments start out with little or no equity in their homes, giving them less room to maneuver in the event of a crisis that makes it difficult to pay their mortgage. Often they have few options other than foreclosure.

A RealtyTrac heat map highlights in green areas where low down payments of 3 percent were most common, accounting for more than 27 percent of total mortgage loans made. Overall, down payments averaged 14 percent of purchase price in the counties studied.

According to the latest numbers from CoreLogic, 5.4 million homes were “underwater” at the end of last year, meaning their owners owed more than the properties were worth. That’s down 19 percent from the same time a year ago, when 6.6 million homeowners were underwater.

CoreLogic estimates that another 10 million homeowners — about one in five mortgage holders — had less than 20 percent equity in their homes, and 1.4 million members of that group had less than 5 percent, a level characterized as “near-negative equity.” 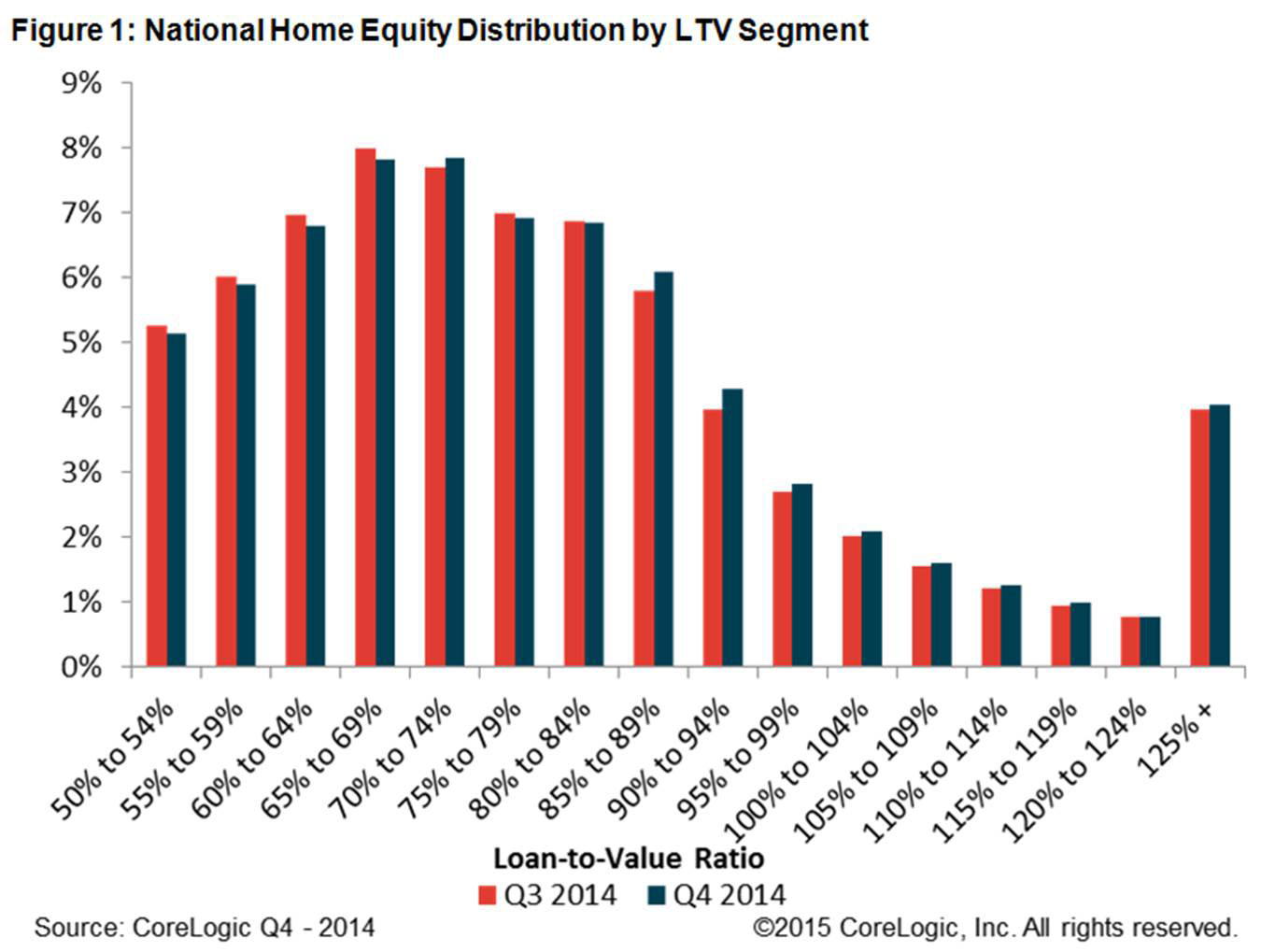