Foreclosure activity fell in February to its lowest level since July 2006, and is expected to return to or even dip below historic norms this year, according to the latest numbers from data aggregator RealtyTrac.

Foreclosure-related filings — default notices, scheduled auctions and bank repossessions — dropped by 9 percent last month from a year ago, to 101,938, with foreclosure starts falling 7 percent, to 48,079.

Bucking the trend at the national level, 23 states posted year-over-year increases in foreclosure starts, including Nevada (up 153 percent), Massachusetts (up 116 percent) and Texas (up 5 percent).

Some states, particularly those in which foreclosures are handled through the courts, are still playing catch-up in the aftermath of the robo-signing scandal.

“In markets where foreclosures were processed more efficiently we are seeing foreclosure numbers now below precrisis levels in some cases,” said RealtyTrac Vice President Daren Blomquist in a statement. “Conversely, the cleanup of deferred distress is continuing in markets where a logjam of in-limbo foreclosures is still lingering from the housing crisis — as evidenced by rebounding foreclosure activity in those markets.” 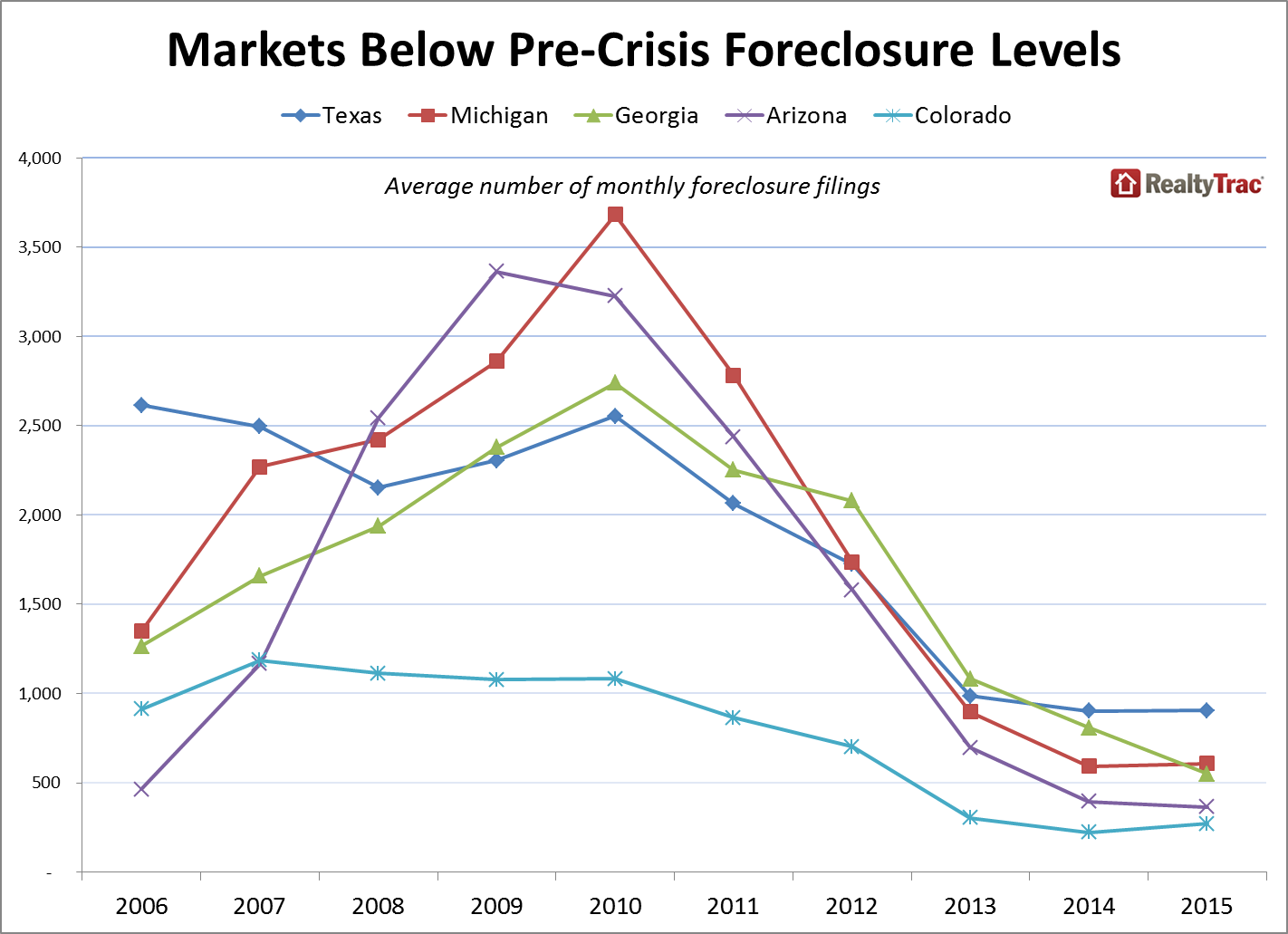 States posting the highest foreclosure rates included Maryland (1 in every 564 housing units had a foreclosure filing), Nevada (1 in 569) and Florida (1 in 570).