Publishers of a new book by former Housing Secretary Henry Cisneros say it offers an “innovative and nuanced” analysis of the potential for real estate investment in 45 metro areas with varied economic outlooks, revealing opportunities for investors even in metros with weak indicators.

“Urban Real Estate Investment: A New Era of Opportunity” mashes up performance indicators based on local economic and demographic trends with city-by-city rankings based on surveys and interviews with real estate professionals. 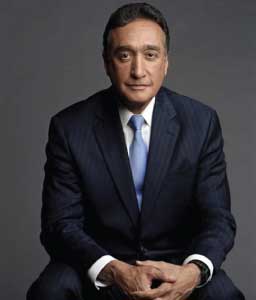 Cisneros, who headed up the Department of Housing and Urban Development for five years during the Clinton administration, assesses markets ranging from booming tech hubs to cities that are trying to reinvent themselves, like Detroit, grouping metros into four broad categories.

In the strongest markets, like Austin, Denver and Portland, performance indicators and survey-based rankings are in full agreement. These top-tier markets have “demonstrated robust economic and demographic growth through varied and vibrant economies that rely on advanced industries and technology-based innovation,” the Urban Land Institute said in announcing the publication of the book.

The next two categories include markets where survey-based rankings were mixed, split into metros with strong performance indicators and those with weaker measures.

Baltimore, Phoenix and Los Angeles are examples of cities with strong performance indicators — such as significant neighborhood redevelopment, the presence of strong anchor institutions, or status as a state capital — but which also have a weak housing market or an overreliance on legacy industries such as heavy manufacturing.

The weakest cities are those that “lack economic diversity and continue to suffer population loss, and include cities associated with legacy industries, including Detroit, St. Louis and Providence, Rhode Island,” the Urban Land Institute said.

Cisneros — the founder and chairman of  CityView, an institutional investment company — sees opportunities for investors even in metros with weak indicators. In Detroit, cheap land and affordable rents could attract tech entrepreneurs and creative industries, he says, pointing to a revitalization of the city’s downtown spearheaded by Quicken Loans founder and Chairman Dan Gilbert.