In the wake of a Federal Housing Administration announcement that it will explore alternative credit scoring models to expand access to mortgages for homebuyers, economists are weighing in on just how tight access to credit has become in recent years, as well as the consequences of severe lending standards on homeownership and the housing market recovery.

According to the Housing Finance Policy Center at the Urban Institute, a nonprofit organization dedicated to elevating the debate on social and economic policy, more than 4 million loans were lost in the last five years due to lenders’ reluctance to extend mortgages to borrowers with anything less than pristine credit — even for borrowers with FICO scores above 720.

“Today’s lenders are simply not originating loans for borrowers with less than perfect credit,” the institute noted in a recent white paper, “The Impact of Tight Credit Standards on 2009-13 Lending.” “Mortgage credit is much tighter than it was at the peak of the housing bubble in 2005 and 2006, as is both expected and appropriate. But credit is also significantly tighter than it was in 2001, before the housing crisis.”

African-American and Hispanic families have been particularly affected by the tight credit environment, according to the institute’s findings.

The large drop in the share of borrowers with FICO scores above 720 and the limited volume of home sales were caused, at least to some extent, by precrisis homeowners deciding not to sell their homes because the small number of qualified buyers meant homeowners could not get their desired price, the institute noted. But repurchase risk is also a driving factor, it added.

“About 80 percent of the loans made in the past few years have been bundled into securities guaranteed either explicitly or implicitly by the U.S. government,” the institute reported. “For these loans, the government retains the right to put the credit risk back on a lender if the agency finds a mistake in the underwriting of the loan. Because a great deal of uncertainty has existed over how government agencies enforce this right, lenders have reduced their risk with their own credit overlays, lending only to borrowers with far better credit than is required by the agencies.”

Whatever the cause, a tight credit box has severe consequences, the Urban Institute concluded.

“It means that fewer families will become homeowners at an opportune point in the housing market cycle, depriving these families of a critical wealth-building opportunity,” the Urban Institute said. “A tight credit box slows the housing market recovery by limiting the pool of potential borrowers. Ultimately, tight credit hinders the economy, as it slows all the associated economic activity that comes with homebuying, such as furniture purchases, landscaping and renovations.”

The Urban Institute said its research suggests that policymakers should continue and strengthen efforts to improve access to credit. The FHA, the Federal Housing Finance Agency (FHFA) and government-sponsored enterprises (GSEs) Fannie Mae and Freddie Mac are all clarifying the rules and regulations in this area.

Until recently, the FHFA and the GSEs were further along in this effort the FHA, the Urban Institute said, but at a National Association of Realtors meeting this week, Department of Housing and Urban Development Secretary Julian Castro said the FHA is exploring alternative credit scoring models for certain borrowers who may have thin credit histories or extenuating circumstances like medical debt.

“We do hear about the need to look at new ways of incorporating and analyzing data so that it’s more sensitive to getting at the responsibility folks have shown in their lives that would indicate — be predictive of — their future behavior and paying down that mortgage,” Castro told a dozen real estate and mortgage industry experts who attended NAR’s Credit Access Symposium, held April 1 at the association’s headquarters in Washington, D.C. “There’s been a disconnect there.”

NAR President Chris Polychron suggested that if lenders and the GSEs adopted alternative credit scoring methods, such as FICO 9 and VantageScore 3.0, they could expand access to mortgage credit without dramatically increasing risk in the housing market. These credit scoring methods incorporate public utility and rental housing payments to help lenders evaluate younger borrowers, minorities who may not have a history of credit use or Americans who have fallen behind on medical bills. FICO estimates that such new models could improve scores by 25 to 100 basis points.

“It’s such a critical topic,” Polychron said. “We’d like to see these scoring models that rely on nontraditional histories. We just have a lot to do.” 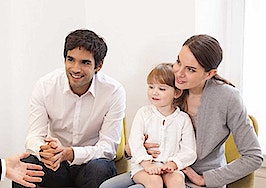 9 out of 10 homes may qualify for down payment assistance 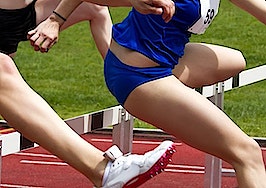 Access to credit still biggest hurdle for millennials to enter real estate market
Back to top
Only 3 days left to register for Inman Connect Las Vegas before prices go up! Don't miss the premier event for real estate pros.Register Now ×
Limited Time Offer: Get 1 year of Inman Select for $199SUBSCRIBE×
Inmanpot
Log in
If you created your account with Google or Facebook
Don't have an account?
Create an Account
Forgot your password?
No Problem