A year has passed since I worked with a client on a national survey of prospective buyers that would help real estate professionals understand better why the numbers of mortgage applications keep falling below expectations.

At that time, as now, it looked like the stars had aligned for home buying. Rents were starting to soar in many markets, rates were at historic lows, employment and income were improving, the millennial generation at last seemed ready to settle down, prices in most markets were still a long way from peaks and inventories were significantly better than they had been in 2013.

Fear of rejection froze out 54 percent of potential buyers

Even before the season got rolling our survey provided at least part of the answer: people are afraid of being rejected for a mortgage. More than half, 54 percent, of those we interviewed who said they’d like to buy a home within the next two years hadn’t even applied for a mortgage because they were afraid they wouldn’t qualify.

In fact, the vast majority did not even make any effort at all, so they never found out if their fears were legitimate. Of those who didn’t apply because they were afraid that they wouldn’t qualify, only 17.2 percent had taken any steps at all to get a mortgage.

How many more buyers would have been approved if they had only tried? How many more homes would have sold? Last year’s sales would have gone from good to great and propelled the housing recovery onward and upward. Fear of rejection is a powerful thing.

With a new buying season upon us again and sales expectations on the rise once more, I revisited my files to see if we had overlooked anything that might help us better understand the fear factor and how agents might combat it.

Reality check: Not much has changed

Let’s start with a reality check on mortgages. The news is not good despite the occasional headlines trumpeting looser lending standards.  The hard data show that in the past 12 months, approval rates on purchase loans have up ticked slightly, just 8.4 percent, while median FICO scores for FHA purchase loans (686) and conventional purchase loans (754) are virtually the same that they were in February 2014. Debt-to-income ratios, which are so critical to borrowers with student debt, also have not really changed over the past year, according to Ellie Mae Origination Insight Reports, February 2014 and February 2015.

Still, two out of three applications for a purchase mortgage are being approved today, which is better than the 60 percent closing rate in 2013.  Very slowly, but surely, the door is opening wider—perhaps wide enough for your clients to enter.  It’s worth the effort to get them to find out where they stand.

Here are some useful facts from the past year’s surveys that might help your clients overcome their fear of rejection:

Among those who want to buy a home but have done nothing to get a mortgage, one out of five, 22.5 percent, don’t think they will qualify — even though they don’t know. Among those who don’t think they’ll qualify, 30.4 percent are millennials, 18-34, most of whom are just starting out. They need to know that it’s OK to fall short the first time.  They need encouragement and a trusted guide to take them beyond initial rejection and motivate them to improve their finances so that they will qualify as soon as possible.

One-quarter, 25.3 percent, who have not applied to pre-qualify say they don’t yet have enough for a down payment — but they don’t know. The prospective buyers in the survey cannot have an accurate idea of how much they will need for a down payment and closing costs because they don’t know whether they qualify for FHA, down payment assistance through a state or local housing authority, one of the new 3 percent down GSE programs or private mortgage insurance, or other options from private lenders. Get them to apply for pre-qual or pre-approval now so that they know where they stand.

Most of those who fear rejection might be in far better shape than they think they are. Those who fear they won’t qualify for a loan think that the lowest FICO score being accepted is 691. According to Ellie Mae Origination Insights Report, February 2014, at the time of the survey, one-third of all closed loans had a FICO score below 700. Of those fearing rejection, only 35.1 percent thought their monthly debt was too high to qualify. The rest thought they had an average amount of debt or a level lower than they needed to qualify.

Will fear of rejection be as huge a factor this season as it was last year?  Will the new GSE programs, slightly lower FICO requirements, lowering of FHA’s annual MIP premium and a year of lender experience with the QM rule ease borrower tensions and instill a higher confidence level that results in more applications, more approvals and more sales? Time will tell.

However, you’ll never know how many buyers won’t walk through your doorway this season even if they are well-qualified because they simply don’t want to risk the rejection that comes from being turned down for a mortgage. 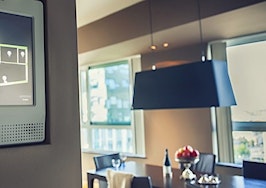 3 tips to sell homes faster -- and for a higher price 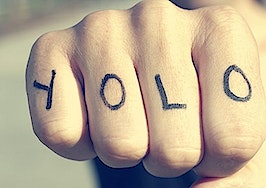 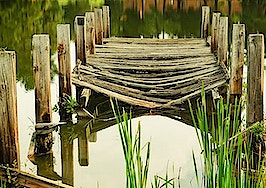 Know these 6 weaknesses of real estate data
Back to top
Only 3 days left to register for Inman Connect Las Vegas before prices go up! Don't miss the premier event for real estate pros.Register Now ×
Limited Time Offer: Get 1 year of Inman Select for $199SUBSCRIBE×
Inmanpot
Log in
If you created your account with Google or Facebook
Don't have an account?
Create an Account
Forgot your password?
No Problem