With a $35.7 million penalty lobbed against Wells Fargo and JPMorgan Chase in January still ringing in the ears of the mortgage industry, the Consumer Financial Protection Bureau on Wednesday announced more fallout from an alleged illegal marketing and kickback scheme, as it is taking similar action against Genuine Title, a title company that “paid to play” in the banks’ activities.

When the CFPB announced its high-figure penalties against the banks on Jan. 22 — alleging their loan officers accepted cash, marketing materials and consumer information in exchange for business referrals — it said Genuine Title was defunct. The Maryland-based title company went out of business in April 2014, but the bureau is now taking action against its former executives and several limited liability companies they control.

In a complaint filed in federal court, the CFPB and the Maryland Attorney General allege that Genuine Title’s executives and the banks’ loan officers traded cash and marketing services in exchange for mortgage referrals.

According to the complaint, Genuine Title offered services, including purchasing, analyzing and providing data on consumers, and creating letters with the loan officers’ contact information that the company printed, folded, stuffed into envelopes and mailed. In return, the loan officers referred homebuyers to the company for closing services.

“This scheme was especially profitable for the loan officers, who generally are paid by commission, because the marketing services increased the amount of business they generated,” the CFPB said.

According to the bureau, Genuine Title then funded illegal cash kickbacks to a network of companies, and four loan officers received cash payments ranging from $130,000 to $500,000 through companies they created and controlled.

The companies’ and individuals’ actions violated the Real Estate Settlement Procedures Act (RESPA), which prohibits giving a “fee, kickback, or thing of value” in exchange for a referral of business related to a real estate settlement service.

“Paying kickbacks for mortgage referrals is illegal, and it has been illegal for decades,” CFPB Director Richard Cordray said in a statement. “Secret and unlawful payments keep consumers in the dark and put honest businesses at a disadvantage, and the [bureau] will continue to take action against them.”

The complaint seeks to take action against Jay Zukerberg, founder and sole owner of Genuine Title; Brandon Glickstein, the title company’s marketing director; loan officers Gary Klopp, Adam Mandelberg and Angela Pobletts, who worked in the Greater Baltimore area; William Peterson, a loan officer and president of a mortgage brokerage; and a number of LLCs controlled by the defendants. If the court enters the proposed consent orders, five of the six individual defendants would be banned from the mortgage industry for two to five years and be required to pay a total of $662,500 in redress and penalties.

Some consumers who obtained loans from the individual loan officers — or in some cases, from other loan officers with whom these individuals worked —and paid fees for services where legal violations occurred may receive partial or complete refunds of those fees, the CFPB said.

The enforcement actions are the result of a joint investigation by the CFPB, the state of Maryland and the Maryland Insurance Administration, which regulates title insurance companies in Maryland. 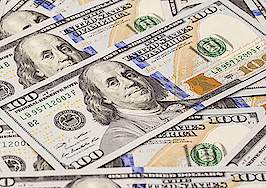 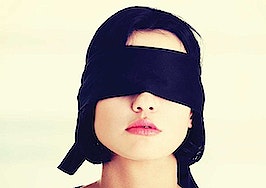 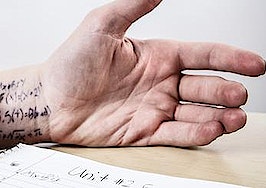 NewDay, different scandal -- this time, it's licensing exam-related
Back to top
Only 3 days left to register for Inman Connect Las Vegas before prices go up! Don't miss the premier event for real estate pros.Register Now ×
Limited Time Offer: Get 1 year of Inman Select for $199SUBSCRIBE×
Inmanpot
Log in
If you created your account with Google or Facebook
Don't have an account?
Create an Account
Forgot your password?
No Problem