Not only were March sales stronger than they have been in 18 months, this year’s market looks to be the best move-up market the real estate economy has seen in a long time. Sales are strongest in the mid-to-upper price tiers, igniting what could be a boom year for brokerages that do two transactions for the same household.

Better inventories and softer prices in the mid and upper tiers, improved levels of equity, strengthening income levels, and forecasts of rising rates coupled with pent-up demand and faster rising prices for entry-level homes could make this the perfect year for move-up sellers and buyers to move on up.

Thousands of families have been waiting as long as a decade — since the housing crash — to make their move. In fact, so many families were frozen in their homes that the average time American families move grew from seven to eight years. Now, at last, the stars seem aligned for move-up buyers.

Tight inventories at lower levels are making it a great year for families looking for more expensive houses to sell. In many markets, move-up buyers can take their time shopping for new homes with the expectation that they can sell their existing homes in two months or less at prices that are climbing.

On the other side of the transaction, inventories are fullest at mid and upper-middle price tiers, and thus prices are softest.

The National Association of Realtors’ March existing-homes report made major headlines. Sales increased 6.1 percent to 5.19 million in March from 4.89 million in February — the highest annual rate since September 2013. Sales have increased year over year for six consecutive months and are now 10.4 percent above a year ago — the highest annual increase since August 2013 (10.7 percent). March’s sales increase was the largest monthly increase since December 2010 (6.2 percent).

What might be even more important is soaring median prices. According to NAR, the median existing-home price in March was $212,100, up 8 percent over last year. The median price of active March listings on realtor.com was even higher, $220,000, up 11 percent over last year — a sign that prices might be rising faster in lower tiers where inventories are tight than mid-to-upper ranges. Distressed sales — foreclosures and short sales — were 10 percent of the sales in March, down from 11 percent in February and 14 percent lower than a year ago.

Another sign that sales are moving up this year: The Mortgage Bankers Association reported that last year purchase applications for mortgages of less than $417,000 declined on a year-over-year basis. But in the first quarter of 2015, purchase applications in the move-up markets between $150,000 to $300,000 and $300,000 to $417,000 began to show growth over the previous year’s levels.

March sales reports around the nation suggest markets are changing with the new season.

California sales are beginning to skew higher by price tiers. March sales were up 7.3 percent over last year. The market share of sales in the $400,000 to $2 million price brackets were slightly higher than 2014 and lower for homes selling under $400,000.  For the month, PropertyRadar reported median prices rose in 17 of California’s largest 26 counties. On a year-over-year basis, PR said the median price of a California home was up 4.9 percent.

“Affordability, particularly in California’s sought-after coastal areas, has become a big problem,” said Madeline Schnapp, director of economic research for PropertyRadar. “The median-income homebuyer in these areas can no longer afford to buy the median-priced home. While inventory indicators seem generally favorable, you’d be hard-pressed to find buyers who are not complaining of a lack of available homes for sale.”

In Illinois, sales in March 2015 rose 13.1 percent, and the median price rose 11.5 percent. “The surge in sales and median prices throughout the state in March clearly shows consumers know they have to be willing to pay more as they face a slightly smaller number of homes on the market this year versus last,” says Jim Kinney, president of the Illinois Association of Realtors and vice president for luxury sales for Baird & Warner.

Florida’s sales of existing single-family homes soared 24.6 percent over March 2014. Last month, median prices for single-family existing homes rose 9.2 percent, and for townhouse condo properties, prices were up 8.6 percent over the year-ago figure. “If there is a concern in the market, it lies in the upper-middle price ranges, where inventories and time on the market are up even though sales growth is strong. This will bear watching over time,” Florida Realtors Chief Economist John Tuccillo says.

These conditions won’t last long. Lower-tier inventories will fill up quickly if investors owning single-family rentals decide to cash in and first-time buyers don’t weigh in. Rates are almost certain to rise above 4 percent and stay there. If sales remain hot in the price ranges in demand by move-up buyers, prices will inevitably rise. For move-up buyers, opportunity isn’t just knocking, it’s bashing down the door with a battering ram. 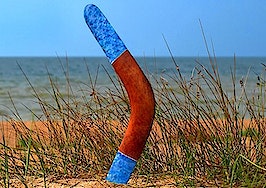 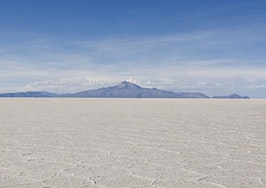 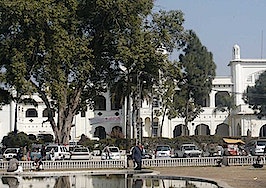 Among emerging markets, Pakistan ranks No. 1 for eco-friendly housing
Back to top
Thousands of real estate pros joined us virtually yesterday for Connect Now and you can access the replays with a 2022 bundle.Access Now×
Agent Appreciation Sale: Inman Select for only $85.CLAIM OFFER×
Inmanpot
Log in
If you created your account with Google or Facebook
Don't have an account?
Create an Account
Forgot your password?
No Problem