The highly competitive real estate market in Colorado is facing a potential shake-up if legislation to appoint a special advisory commission to help the state insurance commissioner oversee the title insurance industry is signed into law by Gov. John Wright Hickenlooper Jr. 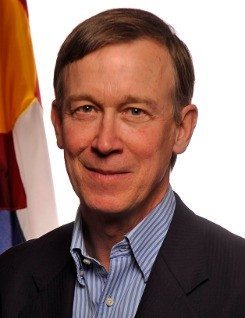 The commission’s membership will comprise three underwriter representatives, three agency representatives and three Colorado citizens who are not in any way engaged in title insurance business.

Membership will be diverse, with no more than one member of the commission being appointed from a single company, affiliate or subsidiary. Members will meet at least four times, but not more than eight times, per year.

Garry Wolff, a 30-year title industry veteran and founder of TI Services LLC, a title insurance consulting and services provider — and outspoken critic of the highly competitive title insurance market in Colorado — said the bill is “clearly a victory for consumers of title insurance, including closing settlement services.”

According to Wolff, who has publicly shared concerns about the focus on affiliated business arrangements (ABAs) in Colorado, the bill could also impact the relationship between title agents and real estate brokers and agents.

Current state law allows Realtors to recommend up to three title companies to consumers. But in Wolff’s view, SB 15-210 will, over time, “lessen the broker’s involvement in the referral or recommendation process of the consumer’s title insurance business.”

“As the title industry starts to educate and market directly to consumers, the broker’s influence will certainly begin to diminish,” Wolff, whose company advertises title insurance rates in an effort to provide transparency to consumers, predicted. “This loss of influence will also have an impact on ABAs, as they will need to seek alternative ways of marketing their services to consumers in a more open and competitive environment.”

SB 15-210 was considered to be a response to the state Legislature’s increasing awareness of consumer problems related to misappropriation of funds held in escrow by title insurance entities, or defalcations. Legislators tweaked the bill along the way to give it more consumer protection provisions. Originally, the bill proposed a seven-member commission, with only one member from the general public.

Increasing the number of consumer members on the commission is “a viable means of communicating the needs for more consumer protections to the Colorado General Assembly, which has been currently lacking,” Wolff added.

“Having three consumers on this new title insurance commission will bring an additional dynamic of consumerism to the title industry, which is also being encouraged by the American Land Title Association and the Consumer Financial Protection Bureau,” he noted. “Such consumerism will include education, more protections and direct marketing by the title industry to consumers.”

From a title insurance perspective, the bill “will not allow the title industry to fly under the radar anymore,” Wolff opined.

“This bill definitely has the attention of the Division of Insurance, which will most likely increase the division’s focus and regulatory oversight of the industry, which to a certain degree is needed,” he said.

Wolff is still hopeful that legislators will continue to increase regulatory oversight of Colorado title insurance business, starting with addressing what he views as weak licensing requirements for title companies.

Lawmakers and regulators in both Colorado and New York have been focusing on these issues for more than a decade, resulting in multimillion-dollar settlements with some of the nation’s top title companies.

The commission is scheduled to sunset Sept. 1, 2025, subject to continuation after a sunset review as provided by law. The bill appropriates $3,200 to the Department of Regulatory Agencies for use by the Division of Insurance to implement the bill. 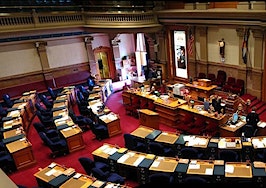 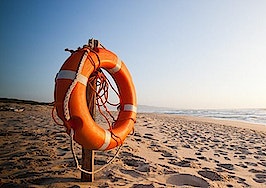 Will new state title insurance regulators provide better consumer protection?
Back to top
Only 3 days left to register for Inman Connect Las Vegas before prices go up! Don't miss the premier event for real estate pros.Register Now ×
Limited Time Offer: Get 1 year of Inman Select for $199SUBSCRIBE×
Inmanpot
Log in
If you created your account with Google or Facebook
Don't have an account?
Create an Account
Forgot your password?
No Problem