by Casey Wright
You successfully shared the article.
Close

As a company engaged in the business of helping brokers recruit agents, we at Wright Brothers Inc. are most interested in understanding where top agents come from. So, we had an idea: Let’s call each of the top 100 agents by gross commission income and ask them what their career path was prior to real estate.

As a company engaged in the business of helping brokers recruit agents, we at Wright Brothers Inc. are most interested in understanding where top agents come from. So, we had an idea: Let’s call each of the top 100 agents by gross commission income and ask them what their career path was prior to real estate.

After several weeks, we were able to connect with 100 of the top 123 agents. We considered this a large enough sample set to start forming some conclusions. The thing that immediately jumped out at us was that 44 of the 100 top agents we interviewed had started their careers in real estate immediately out of college, and in some cases, even during college. To put this in context, according to the most recent National Association of Realtors member profile, 94 percent of Realtors started their careers in industries other than real estate.

The demographic math of top producers

In other words, the formula for creating a top-producing agent is to have them start their career prior to their 30th birthday, and then to wait for 16 years. The 16-year mark is not so much a magic number as much as a representation of the way top agents earn more than their younger counterparts. Statistically, what changes most during those years is the percentage of business generated from repeat and referral business. The longer you’ve been in the business, the more your business is generated from repeat and referral clients.

The repeat and referral advantage

Of course, the 16-year rule is an oversimplification and not much of a rule in the first place. Our survey revealed that many top Realtors have been in the business less than 16 years. And the obvious implication of the 44 percent statistic is that 56 percent of top producers took the more traditional path to a career in real estate.

What seems clear is that Realtors who start their careers right out of college have an opportunity that is unavailable to older Realtors from other industries — the opportunity to benefit from the advantages of robust repeat and referral business for a larger portion of their careers.

For all that we know about the mathematical advantage of a longer career in the industry, there are additional benefits that we can reasonably theorize about younger agents. For instance, it’s possible that agents fresh out of college are more focused than agents who transition later in life. An agent joining the industry in their mid-40s is more likely to have other commitments, such as a spouse, children or both.

Or, perhaps there’s more of a corollary effect — agents who have stuck with the business since college have likely done so because they enjoyed early success. Proving either or both of these theories requires more research and analysis. In the meantime, brokers engaged in the mission of recruiting the next generation of top producers should start by turning their attention to local colleges.

Casey Wright is the founder and CEO of Wright Brothers Inc., a Web development company dedicated to the residential real estate industry. You reach Casey on Twitter or LinkedIn. 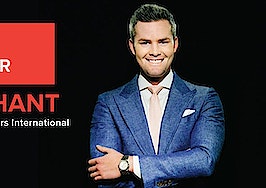 Ryan Serhant: 'Lack of focus and lack of endurance' are biggest barriers to success 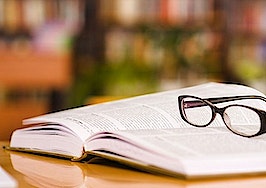 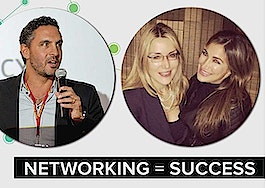 The networking secret that top guns Dolly Lenz and Mauricio Umansky know
Back to top
EXTENDED: Last call for the best price of the year on the best events in real estate.Register now×
Cyber Monday Sale - EXTENDED! Get 1 year of Inman Select for $75. Offer expires at midnight.SUBSCRIBE×
Inmanpot
Log in
If you created your account with Google or Facebook
Don't have an account?
Create an Account
Forgot your password?
No Problem