A beach- and family-filled video showcasing how prospective buyers could enjoy a $1.7 million nine-bed, six-bath Connecticut home is this week’s #toplistingvids winner.

A beach- and family-filled video showcasing how prospective buyers could enjoy a $1.7 million nine-bed, six-bath Connecticut home is this week’s #toplistingvids winner.

The film beat out two other lifestyle-heavy videos to win, including one showcasing the racy side of a $25 million compound that occupies the tip of a small peninsula in Dartmouth, Massachusetts, and another showing a few ways that a couple could enjoy a three-bed, two-bath home on Australia’s Byron Bay. 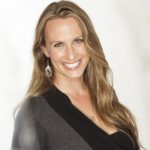 Carrie Perkins, the co-owner and marketing director of the 17-agent brokerage who listed the home, Re/Max Heritage Real Estate, shot and edited the film. Perkins, who says she got the video bug a couple of years ago and grew it with some summer art classes at a Brooklyn, New York, studio, used friends and family to play the part of the video’s “actors.”

Perkins responded to a Q&A about the video and her process:

Do you do listing videos for all your firm’s listings? If not, how do you decide which gets the video?

Our average sale price is over $1 million, so it’s easy to justify the marketing spend on a video. It’s a significant piece of our marketing package. The agents know they have an in-house marketing team at their disposal and they lean into us as needed.

For hot properties, we don’t always have enough lead time to complete the production before the list date. There is a lot of planning done before we shoot, so timing is a factor.

To date we’ve done videos for the properties that lend themselves to telling a story or highlighting a lifestyle or location, six in all. The house doesn’t have to be perfect; we use our Realtor eyes to find what really inspires buyers and try to build a storyline around those features.

Our most recent project is a brand-new home, complete but unsold. Our agent, Michael Traum, came up with a plan to do a moving-in-day story that really showed off the house in a way photography couldn’t. He used what he had to work with — his creativity.

Who paid for the winning video? The agent, the brokerage or a mix of both?

We have an internal marketing team that has a budget for each marketing plan and those costs come out of the commission of the property. It’s an investment. No one gets paid until the property closes.

The main thing I would stress to agents who may be on the fence about whether to invest their marketing dollars in video is this: The video may not be what sells the listing — but it will increase your odds of signing every listing thereafter by at least 80 percent. I’ll take those odds any day.

How much did the winning video cost?

It was a $7,500 investment. However, the listing agent has already recouped it many times over by selling several other properties she listed strictly because the future clients loved the storytelling aspect of our work; it set her apart from everyone else they consulted.

What was the goal of the video?

The goal was to showcase the benefits of living in this amazing beach house. We wanted to show what your life could be like here and we decided early on that we wanted the experience to be an honest portrayal of the property and the area. The truth is, it’s a very charming, understated East Coast beach area. It’s very accessible and relaxed. We knew the market for this property would appreciate that kind of lifestyle.

We wanted to convey what a day in the life would “feel” like. Our tagline is “Home isn’t a place, it’s a feeling” and that’s always what we hope to convey.

They are all different, as each home presents unique qualities. This has been my favorite location so far and the most involved shoot to date.

We arrived at around 5 a.m. to capture the sunrise. After an adventure with the drone, people started waking up and coming outside to enjoy the morning. We had more extras than we could have ever hoped for — neighbors were walking their dogs, skateboarding, sailing, fishing and sunbathing. It was a perfect Connecticut beach day.

Also, at the end of the beach is Lighthouse Point. The historic New England lighthouse in the video was built in 1881. It was great to capture a little bit of Connecticut history.

From a creative perspective, this property gave us the opportunity to play with new ideas and shots, like the underwater shot of the girl in the pool in slow motion or the time-lapse sequences, and the drone shots of our “homeowner” out for her morning run.

“Show me, don’t tell me” is our motto. You know the phrase, “A picture is worth a thousand words”? It’s exponentially more true with video.

Was this filmed in just one day? How long did it take to edit?

Before we shot this we spent hours developing a storyline and reviewing all our ideas. Then we took two hours to scout the location and take test shots. Once we had our storyboard and shotlist together it turned out to be two full days of filming. We actually started in reverse and filmed the night sequence first because the weather was not cooperating. We went back two days later and had the most gorgeous sunny day.

The longest part of editing is watching all the footage. I usually take the first pass and pull out everything that works. Then Pedro and I pull together the sequence and he makes the final cuts. It took 30-plus hours over the course of a week to get to the final video.

How was listing agent Virginia Klein involved, if at all?

Virginia contributed to the organization and staging behind the scenes, and she prepared all that gorgeous food.

When did the video go out? How many views has it had?

The video went out in September, eight months ago. That was the right time of year to film but not the ideal time to market a waterfront property. Now that summer is finally here we’ll ramp up our efforts again.

We anticipated a long market time and are just now gearing up for the prime selling time.

Of the 3,200-plus plays the video has received, one-third is from Vimeo (which come from a combination of websites and Pinterest). The majority of the traffic is from the U.S., but thanks to Re/Max’s global presence, we had visits from over 56 countries.

The remaining 2,240 plays are from Facebook marketing. It has recorded over 34,000 impressions on Facebook. We’re doing targeted Facebook marketing, experimenting with some of the ad platform’s new features, like the ability to target high net worth individuals.

The sellers were blown away. They went with us because they believed in the marketing. They knew it would take something special.

As we were buzzing up and down the beach, test flying the drone in the dark before the sun came up, one of the neighbors called the police to report “aliens.” The drone has blinking green lights and sounds like a swarm of loud angry bees. Thankfully, the officer dismissed us as non-aliens, and we went on with our beautiful day.

CasaVida is my real estate-focused production company. It’s an idea and a lifestyle about a home that’s full of life and love. CasaVida literally means “The Living House.”

What started as my passion for photography quickly became a love affair with cinematography. I used my downtime over a slow summer market to immerse myself in photography, videography, editing and Web design at a great art school in New York City, and I’ve been having fun every day since.

My CasaVida partner, Pedro Mata, works with me. We have a small but awesome team, some excellent toys like the DJI Phantom, and we have a great time doing out-of-the-box work.

(Mata does all types of projects, but Perkins said she primarily only works on CasaVida videos for her firm’s listings.)

What kind of equipment do you use?

The #toplistingvids contest highlights some of real estate industry’s best listing videos each week. In each contest, we focus on different kinds of listing videos for readers to vote on. This week the theme is listing videos that have been produced, acted in or voiced by listing agents. 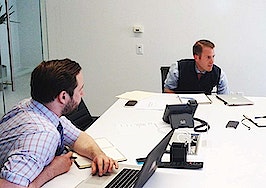 8 steps brokers can take to bolster their agents' personal brands 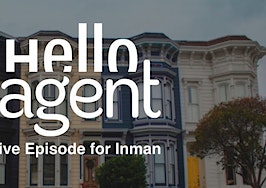 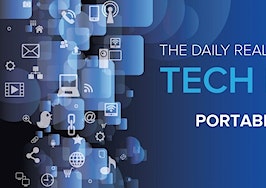 Curb your fear of data loss with one of these portable backup drives
Back to top
Only 3 days left to register for Inman Connect Las Vegas before prices go up! Don't miss the premier event for real estate pros.Register Now ×
Limited Time Offer: Get 1 year of Inman Select for $199SUBSCRIBE×
Inmanpot
Log in
If you created your account with Google or Facebook
Don't have an account?
Create an Account
Forgot your password?
No Problem