Beginning in 2013, the large franchisor, which has over 100,000 agents in its global network, began creating videos featuring cost-efficient, timely, shareable content to fill in the digital gaps of its massive, national marketing campaigns that span Super Bowl TV ads to ads in the Olympic Games.

Providing social media marketing content through these real-time marketing campaigns is one way Century 21 looks to differentiate itself from the hungry pack of real estate franchisors looking to attract brokerages and agents. Re/Max, Century 21, Coldwell Banker Real Estate and Berkshire Hathaway HomeServices have all launched national TV campaigns this year.

One of Century 21’s latest “drumbeat” marketing videos, “Listen to Your Mother.”

In addition to distributing “#EmptyNesters” videos to its network using its relatively new partnership with the social media management platform Hootsuite, the firm uses its Facebook, Twitter, Instagram, Google Plus and YouTube accounts to get the word out to consumers itself.

In this campaign, the brand targeted Facebook ads to people who liked its Facebook page and who were 45 years old or older and who have adult children, Century 21’s social media director, Matt Gentile, told Inman. He uses the adjective “drumbeat” to describe the campaigns.

“The average cost of our digital drumbeat campaigns inclusive of production and advertising is approximately 200 times less than a mass media buy similar to the Super Bowl,” Gentile said.

But one of the key focuses of the campaign is helping affiliates stay top of mind with their spheres of influence, Gentile added.

Thanks to data from the firm’s C21 Social for Business platform, powered by Hootsuite, Gentile could share that Century 21 affiliated brokers and agents shared the “EmptyNester” campaign 390 times on Facebook.

Edward Berenbaum, president of Washington, D.C.-area Century 21 Redwood Realty, is one broker who uses the “drumbeat” campaign fodder on a regular basis.

(Gentile pointed out that the brand is looking to make it easier for its affiliates to access the raw files of its campaigns with a soon-to-be-completed integration with the cloud-storage service Box.)

Berenbaum views the real-time marketing videos from Century 21 as a “clever, lighthearted” way to stay in touch with the contacts in his firm’s email database. For example, there’s only so many times the firm can suggest houses for potential buyers, but these videos give the firm the content for a “friendly touch.”

Berenbaum views the campaign less as a lead-gen tool and more as a way to warm the leads his firm already has. 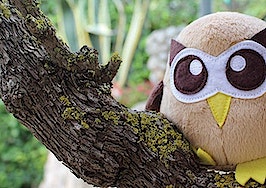 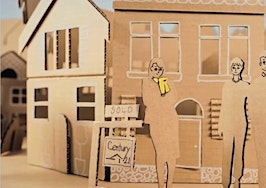 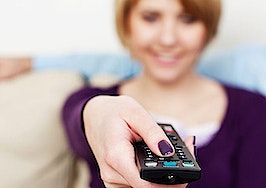 Which real estate brand's TV spot does it best?
Back to top
Only 3 days left to register for Inman Connect Las Vegas before prices go up! Don't miss the premier event for real estate pros.Register Now ×
Limited Time Offer: Get 1 year of Inman Select for $199SUBSCRIBE×
Inmanpot
Log in
If you created your account with Google or Facebook
Don't have an account?
Create an Account
Forgot your password?
No Problem