Of all the players still on the field today — lenders, politicians, regulators, brokers, GSEs — young homebuyers are the only innocent ones. They were in high school or grammar school when the bubble burst, and today’s first-time buyers are paying the price for the mistakes, greed and outright fraud that contributed to the worst housing crash since the Depression.

Anybody who works with young homebuyers today knows the definition of heartbreak. It’s when young couples with good jobs and dreams of homeownership can’t overcome the barriers to getting financing that have been erected since 2006.

Of all the players still on the field today — lenders, politicians, regulators, brokers, GSEs — they are the only innocent ones. They were in high school or grammar school when the bubble burst, and today’s first-time buyers are paying the price for the mistakes, greed and outright fraud that contributed to the worst housing crash since the Depression.

Today’s lending standards were written to protect lenders and federal budgeters — not to help renters become homeowners. Despite pressure from the public, including the former chairman of the Federal Reserve, Ben Bernanke, who embarrassed the banking community when he was personally turned down for a refi loan, lending standards probably won’t change much more in the foreseeable future than they already have.

No consensus means no relief

A recent survey of more than 100 housing economists and experts illustrated the reasons. The survey, by the research firm Pulsenomics and sponsored by Zillow, found that the experts were evenly split between those who believe mortgage underwriting standards are about right today (46 percent) and those who think they are still too restrictive (47 percent).

If the experts don’t agree on where standards should be, how can the regulators and politicians in Washington, who will eventually make this decision, know what to do? A host of federal entities — including Fannie Mae and Freddie Mac, the Federal Housing Finance Agency and the Consumer Financial Protection Bureau — shape policies such as lending standards that are then refereed by Congress and decided by consensus.

Everyone agrees we never want to see 5 million foreclosures and $7 trillion of lost equity again. Most people agree that by 2010-2012 the pendulum had swung too far in the opposite direction, and a little loosening, even if it increased risk of default on a statistical basis, was in the public interest.

No consensus exists today on exactly how far that pendulum should swing. With only one exception has the government stepped forward and drawn a line in the sand to say, “People below this line are not going to get a loan.”

Quietly, while few people were paying attention, one of the critical lending standards, the debt-to-income (DTI) ratio, was cemented in stone with the qualified mortgage (QM) rule last year at a 43 percent ratio of monthly debt to income. That struck the regulators in Washington as perfectly reasonable — if you’re paying more than 43 percent of your income on debt (including the prospective mortgage), you probably shouldn’t buy a home.

Being Washington regulators, they probably didn’t consider the fact that lenders would err on the super-conservative side and cut off DTIs at 37 percent, which is, in fact, what has happened. Fortunately, the QM rule does not apply to the Federal Housing Administration (FHA).

In the wake of the Bernanke embarrassment, banking interests have been cranking out ways to convince the public that things are getting better. Most of their measurements are soft, and they regularly confuse the issue by mixing refis together with purchase loans. Excuse me, but folks don’t buy homes with refis.

What first-time buyers do care about is conventional and FHA purchase loans. Here is the reality, taken from monthly reports of closed and denied applications from Ellie Mae, the platform that processed 3.7 million applications last year. In three years, the three key standards that underwriters use to approve applications — FICO score, loan-to-value ratio and debt-to-income ratio — have barely budged.

Ellie Mae has been providing approval rates over the past two years or so. Below are closing rates for FHA and conventional purchase loans in March 2015 and March 2013. As you ponder these, think about how different first-time buyers are today in their awareness of how hard it is to get approved than even two years ago.

Buyers who would have breezed through in the bad old days aren’t even applying. Think of how hard serious buyers are working today to reduce debt and the steps they are taking to improve their credit. Even with all the discipline, long-term planning and homeownership education that has become standard practice today, approval rates have barely moved at all.

If the quality of the applications are 10 percent better than they were two years ago and the approval rates have risen only 0.6 to 0.9 points, it’s actually getting significantly tougher to get a purchase loan — not easier.

Now you know why there is a disconnect between the cheery reports on lending standards and the marketplace reality in which you deal.

However, these reports are successfully reducing the pressure on lenders and regulators to work harder to loosen standards. Ben Bernanke did more for the cause than all the real estate lobbies combined, but the public impression — and the belief among members of Congress and the media — is that things are getting better much faster than they are.

Those who think standards should loosen beyond where they are today are sailing a ship with no destination in mind. They are being propelled by a dying wind of public support. Looking back toward shore, they might even be surprised at how little real progress they have made. 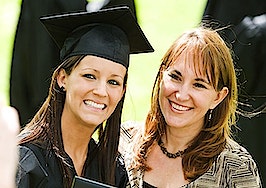 How to turn renters into homeowners by beating student debt 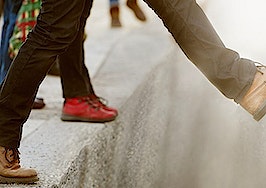 The story of why people haven't been buying homes: Fear of rejection 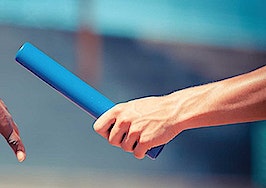 Rising interest rates and wealth transfers are big influences on millennials
Back to top
Only 3 days left to register for Inman Connect Las Vegas before prices go up! Don't miss the premier event for real estate pros.Register Now ×
Limited Time Offer: Get 1 year of Inman Select for $199SUBSCRIBE×
Inmanpot
Log in
If you created your account with Google or Facebook
Don't have an account?
Create an Account
Forgot your password?
No Problem