Since the rise and fall of the housing market, the mentality of owning a property has shifted. For whatever reason — whether a lack of confidence in the stability of the housing market, inventory levels or the desire to live a more temporary space — the population of American renters has surged in recent years.

Since the rise and fall of the housing market, the mentality of owning a property has shifted. For whatever reason — whether a lack of confidence in the stability of the housing market, inventory levels or the desire to live a more temporary space — the population of American renters has surged in recent years.

According to a recent study conducted by the NYU Furman Center and Capital One, the population of renters in the nation grew in all 11 of the largest cities in the country. However, at the same rate, the median rent grew faster than inflation, making it more expensive to rent.

I’ve been a renter of a one-bedroom apartment in Chicago for a little over four years. In 2011, I paid $775 for a fairly large one-bedroom unit in Chicago’s Logan Square. Then, moving just a couple miles south to Ukrainian Village, a one-plus-bedroom, which was actually smaller than the previous apartment, came with an $800 price tag. Still inexpensive.

After living there for three years, I was taken aback when looking for a new place in the same neighborhood. I found one for $1,300, which from my research in the booming northwest side neighborhood was still a pretty good deal and right on par with the average rental price in the city according to Apartmentlist.com.

My rental experience seems to be the norm in Chicago and many other cities and large suburbs throughout the nation.

The NYU Furman Center and Capital One research found rents rose faster than inflation in nearly all of the 11 major cities studied, three of which experienced a more than 10 percent increase between 2006 and 2013.

Unsurprisingly, San Francisco saw the highest rent prices with a 3.4 percent uptick over March and 4.9 percent annual increase in April 2015. To put it into perspective, the year-over-year growth is 44 percent higher than the national price increases.

But helping to ease the inventory crunch and influx in prices, there was also an increase in rental stock.

During the time in which the NYU Furman Center and Capital One study was completed, the rate of rental stock actually grew at a faster pace that the housing market in all but two cities. As the stock of owner-occupied homes fell, it can be concluded that some previously owner-occupied homes were converted in rental spaces between 2006 and 2013. But this trend varied city by city.

For example, the housing market stock was completely offset by the rental market in Philadelphia and Chicago, with a decreased number of owner-occupied properties of 9 percent and 13 percent, respectively.

However, in areas like San Francisco and Houston, where the market is booming today, there wasn’t a plunge in owner-occupied stock at all — instead, both cities saw a 12 percent increase in rental units.

The United States is seeing the highest level of renters in the past 20 years. In cities like Miami, Boston, Washington, D.C., Chicago, San Francisco, Los Angeles and Houston, more than 50 percent of the population was renting in 2013. While, contrary to popular belief, most millennials haven’t written off the idea of owning a home just yet, the massive generation will likely still have renting power and confidence for several years. 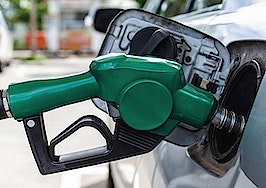 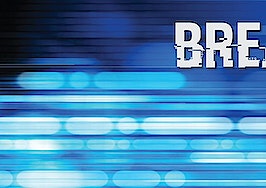 RealPage acquires cloud-based answering service to increase property management efficiency
Back to top
Keep up-to-date on tools and tactics to impress your clients and outshine your competition with the 2022 virtual bundle.Register Now×
Agent Appreciation Sale: Inman Select for only $85.CLAIM OFFER×
Inmanpot
Log in
If you created your account with Google or Facebook
Don't have an account?
Create an Account
Forgot your password?
No Problem