by Craig Roberts
You successfully shared the article.
Close

This is the third post in a three-part series about the CFPB’s Closing Disclosure, which will be implemented Aug. 1. Read part one and part two.

The Consumer Financial Protection Bureau (CFPB) has stated, “The creditor must give the Closing Disclosure form to the consumers so that they receive it at least three business days before the consumer closes the loan.”

The American Land Title Association (ALTA) has suggested a total of seven days is needed. There is no specific guidance prohibiting electronic transmission of the Closing Disclosure. However, because not all consumers have access to email, the rule of thumb is to allow for mail delivery time.

The CFPB counts all calendar days except Sundays and federal holidays. By ALTA’s calculation, allowing for the three-day advanced notice requirement plus three days for mail delivery, plus one Sunday, the indication is that, for practical purposes, three days means seven days.

Additionally, if closing figures change prior to settlement, which cause the consumer’s annual percentage rate (APR) to change or increase the consumer’s cost to close, the rules require a redisclosure by the lender in the form of a revised Closing Disclosure.

Redisclosure would trigger a postponement of closing to accommodate a minimum three-day (read seven-day) prenotification.

No tech, no deal

Although it is not required under CFPB rules, the industry consensus is that the mortgage lenders will prepare the Closing Disclosures.

Given the lenders’ reliance on the title service companies for some transactional information (referring to the 20 percent of data fields described earlier) and given the critical timing for completion of Closing Disclosures to meet the three-day notice requirement, most lenders will require title service providers to exchange information with them in electronic format over a secure Web-based portal to expedite the collaborative process.

Title service providers who do not offer secure online collaboration might find themselves locked out of doing business with the major mortgage lenders. In the new lending environment, mortgage lenders will seek to avoid any potential for violation of CFPB rules, and thus far the CFPB has not signaled a willingness to ease any of the requirements initially under the Aug. 1, 2015, rollout.

In addition to its prolific rule writing, the CFPB has an appetite for enforcement with 45 percent of its staffing (by head count) dedicated to enforcement, supervision and fair lending programs. The bureau’s budgeting and strategic plans set forth annual targets for the initiation of supervisory activities.

Thus far in its brief history, the bureau has achieved an impressive enforcement track record. For fiscal years 2012-2014, the bureau touts a 100 percent success rate in bringing resolution “through litigation, a settlement, issuance of a default judgment or other means” where enforcement action was warranted.

To date, the bureau has levied over $800 million in penalties and redress, of which $55 million resulted from allegations specifically related to RESPA violations.

This environment is the one in which lenders are going to roll out the Closing Disclosure. It’s logical to conclude that any errors or misapplications of guidelines will be closely scrutinized. It is the lenders’ burden to see that disclosure requirements are met, and a failure to attain compliance standards would carry significant negative ramifications.

Subsequent consumer complaints or a failed audit could result in substantial losses to lenders — both time and money.

The Dodd-Frank Act is a massive piece of legislation. Its enactment has created a monolithic regulatory structure with far-reaching powers and a penchant for finely detailed control. The CFPB’s objectives are laudable, “to ensure that … consumers are provided with timely and understandable information to make responsible decisions about financial transactions (and ensure that they) are protected from unfair, deceptive, or abusive acts and practices and from discrimination.”

How effectively the CFPB’s objectives will translate into the day-to-day operations of mortgage lenders and title offices is still a question. But one thing is certain: There’s a new sheriff in town, and anyone operating outside the rules is clearly in jeopardy.

It can be anticipated that lenders will be cautious as they process loans under CFPB scrutiny, and when in doubt, loan closings may be delayed until adequate adjustments or corrections are made.

The August 2015 implementation may prove to bring a significant slowdown in the mortgage approval and settlement processes. Bear in mind, with these rule changes, a 40-year-old paradigm is being dramatically shifted, and the new orchestration, though finely charted, is both unfamiliar and untested.

The CFPB employs a tagline on consumer-directed publications: “Know before you owe.” Given the fine detail of the newly mandated underwriting and disclosure requirements, in conjunction with the bureau’s proactive enforcement goals, lenders would be well-advised to circumspectly apply the know before you owe admonishment to themselves, come August 2015 and beyond.

Read “Understanding the CFPB and its closing disclosure: Part 1” or “Part 2.” 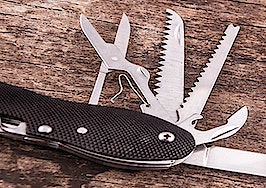 Understanding the CFPB and its closing disclosure: Part 2 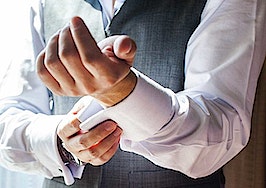 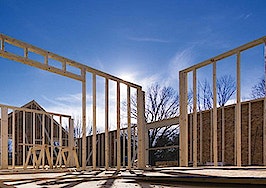 Is title insurance on newly constructed home necessary?
Back to top
Keep up-to-date on tools and tactics to impress your clients and outshine your competition with the 2022 virtual bundle.Register Now×
Agent Appreciation Sale: Inman Select for only $85.CLAIM OFFER×
Inmanpot
Log in
If you created your account with Google or Facebook
Don't have an account?
Create an Account
Forgot your password?
No Problem