by Peter Toner
Share this article
You successfully shared the article.
Close

In our society, we hold onto many myths that put could us in grave danger. One of the most common is the myth of the straggly haired stranger. We think that dangerous people look creepy, unkempt, are unemployed and uneducated, and stick out like sore thumbs.

By buying into these myths, we overlook people who might be incredibly dangerous because they look pretty much like the rest of us.

We have numerous encounters with complete strangers in our day-to-day lives. By learning to pay attention when the hair on the back of your neck stands up and regaining the lost art of listening to your intuition, you will help to keep yourself safe.

How to interpret your most valuable personal safety tool — your intuition

“Intuition,” “gut feelings” and “hunches.” These are all terms used to describe feelings ranging from unease to imminent danger, so it’s vital that you pay the right amount of importance to the signals you receive and how you interpret them.

If you listen attentively and don’t try to overthink, you will recognize when a signal is communicating with you. When we intuitively know that something is happening, or about to happen, our instinct kicks in, and it’s during these times that we draw on resources within our unconscious mind.

Try this experiment: Next time you are on the freeway and passing other cars, look at the drivers in the adjacent lane before you are level with them, while you are out of their line of site. Quite often, the other driver will instinctively know someone is looking, and their head will swivel around to look straight at you. This reaction is a useful illustration of primal intuition at work.

“Instincts are a primeval deep twinge or pull towards something buried deep within us that are not in our heads, nor in our thoughts, but still are very real and one of the most important emotions we possess,” observes Gavin de Becker, Oprah-featured author of “The Gift of Fear.”

“Sometimes in life, you get strong a signal about what you should do, where you should go or someone who you meet. We are very intelligent; our minds are also very bright and like to try to trick us. So, unfortunately, we tend to overthink or override these signals by ignoring or pushing them away. Let’s try to find our way back to our basic survival skills.”

De Becker offers the following scenario: A woman is waiting for an elevator. When the doors open, she sees a man inside who causes her apprehension. Because she is not usually afraid, it might be the late hour, his size, the way he looks at her, the rate of attacks in the neighborhood, an article she read a year ago — it doesn’t matter why.

The point is, she gets a feeling of fear. How does she respond to nature’s strongest survival signal? She suppresses it, telling herself she’s not going to live like that, and she doesn’t want to insult the guy.

When the fear doesn’t go away, she tells herself not to be so silly, and she gets into the elevator. Now, which is sillier: waiting a few moments for the next elevator or getting into a soundproof steel chamber with a stranger she is afraid of?

Franklin Delano Roosevelt famously said: “The only thing we have to fear is fear itself.” But de Becker would amend this to read: “There is nothing to fear unless and until you feel fear.”

De Becker continues to say, “The intuitive signal of the highest order, the one with the greatest urgency, is fear; we should always pay attention to it. The next level is apprehension, then it’s suspicion, then hesitation, doubt, feelings, hunches and curiosity. There are also nagging, persistent thoughts, physical sensations, wonder and anxiety. Generally speaking, these are less urgent.”

“Worry, wariness, anxiety and concern all have a very real purpose, but they are not fear. Any time your dreaded outcome cannot be reasonably linked to pain or to death and it’s not a signal of present danger, then it really shouldn’t be associated with fear,” de Becker said.

“Real fear is intended to be very brief, a mere servant of intuition. So trusting intuition is the exact opposite of living in fear.”

Don’t make the mistake of thinking it’s only female real estate agents who are potential targets. Just as many men are assaulted every year, and, as a matter of fact, more male agents have been murdered on the job than women (Andy VonStein being one of them).

Predators will invariably seek someone vulnerable, someone who will allow them to be in control. Their initial choice of victim might be determined by appearance or “type” — things that are not in the victim’s control. But your accessibility and responses to probing questions are in your control, and it’s these factors that might make you more available to a perpetrator.

When a criminal contacts you, you have already been preselected, and they are interviewing you for a job you don’t want. Dangling a sizable, easy commission is a sure way to encourage agents to dismiss their fears and concerns and put themselves in possible danger. But this is exactly when you must listen to your intuition and act accordingly.

You can control your response to the tests the predator applies during this interview, when their intent is to place you in a situation that is under their control. In our industry, this usually means they will tempt you with a plausible request to see a property, with their sole purpose to meet you alone.

They might mention that they are close by and must see it now, that they are ready to purchase along with other signals that a sale might be imminent.  Two agents in Florida fell for this approach just last week and were held up at gunpoint.

Stay tuned Monday for “Staying safe from predators: Part 2,” which will teach you how to prevent presenting yourself as a victim.

Peter Toner is a third-generation real estate agent and founder/developer of VerifyPhotoID.com, a safety app that verifies, with just a prospect’s phone number, the identity of prospects before they meet with an agent in three simple steps. 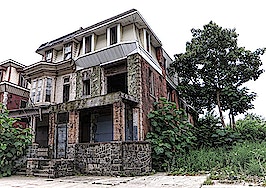 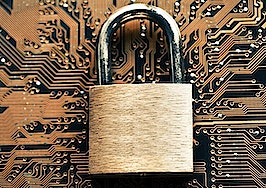 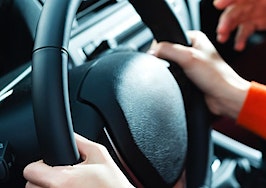 8 ways to stay safe when driving with real estate clients
Back to top
Only 3 days left to register for Inman Connect Las Vegas before prices go up! Don't miss the premier event for real estate pros.Register Now ×
Limited Time Offer: Get 1 year of Inman Select for $199SUBSCRIBE×
Inmanpot
Log in
If you created your account with Google or Facebook
Don't have an account?
Create an Account
Forgot your password?
No Problem