Nest, the maker of a popular smart thermostat, may soon roll out a wireless security camera.

Droid Life posted what it says are leaked images of the device. They show a pocket-size security camera that looks like a sleeker version of a Dropcam.

That makes sense: Nest, which is owned by Google, acquired Dropcam in 2014.

Test units of the camera allegedly include features such as high-definition video streaming and a simpler setup process involving Bluetooth and QR codes, according to Droid Life.

The camera will join a long list of “nanny cams” that enable sellers to snoop on real estate agents and buyers touring their homes. Viewing and listening to a buyer as they explore a home can give sellers an edge in negotiations.

But sellers might want to think twice about using the strategy: At least one state prohibits intercepting the conversation of another person by a recorded device without that person’s written permission.

Nest, which was acquired by Google for $3.2 billion in 2014, is the maker of a thermostat that adjusts temperature based on a user’s habits and can be controlled from a smartphone. A wireless security camera would broaden Nest’s offerings, which also include a smart smoke detector.

Nest’s products hook into the “Internet of Things,” a phrase that refers to a network of devices connected to each other through the Internet.

The market for such gadgets is expected to explode in the coming years. The International Data Corporation predicts that it will grow to $1.7 trillion in 2020 from $655.8 billion in 2014.

The buzz around Nest’s security camera follows the debut of products for Apple’s HomeKit, a smartphone platform that lets users control devices from iPhones, iPads and Apple Watches. 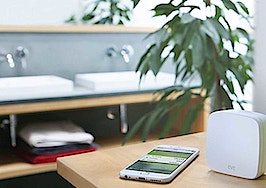 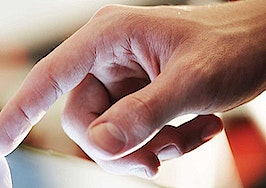 4 simple tools for real estate professionals
Back to top
Keep up-to-date on tools and tactics to impress your clients and outshine your competition with the 2022 virtual bundle.Register Now×
Agent Appreciation Sale: Inman Select for only $85.CLAIM OFFER×
Inmanpot
Log in
If you created your account with Google or Facebook
Don't have an account?
Create an Account
Forgot your password?
No Problem