by Laurie Weston Davis
Share this article
You successfully shared the article.
Close

It seems like going “indie” is the cool thing to do these days. And though I’d like to think I am super cool, the truth is that a year ago I would have never considered joining an independent brokerage.

As a partner in a top-producing team nationally with the largest franchise in North America and being well-known across the country as a supporter of the big brand, no one would have even thought to recruit me. Well, almost no one.

When I attended one of the national events for the franchise this past fall, something just felt different to me. It’s hard to say what it was, exactly, but it just didn’t feel right. Maybe it was a change in perspective, or maybe I had just become jaded from some of my experiences.

My understanding of the industry has become so much deeper over the past few years through involvement with my Realtor association and MLS. I see things from a much bigger perspective than just one company.

About a month ago I made the decision to join Scott Lincicome Properties, a small local brokerage in Pinehurst, North Carolina. I could have joined another big franchise, but I wanted to be part of something where I could exercise my passion.

Scott opened his company in early 2014, and it’s already one of the top independents in our market. Being focused on a niche market and using technology to build a lifestyle brokerage, the company vision resonated with me.

As an indie, there is more control at a local level for branding, technology, culture and vision. With less bureaucracy comes flexibility and the ability to adapt quickly to the market. What more could a geeky girl want?

Leaving the big brand was the first hurdle. I had made my decision, and it wasn’t something that was going to change with any conversation, so my departure came in ripping-off-the-Band­-Aid style.

New life as an indie agent: “My departure came in ripping-off-the-Band­-Aid style.”

I let my broker know late on a Friday, cleaned out my office and was out the door with as little drama as possible.

Next up was letting the larger real estate world know, so I planned to make an announcement Monday morning. Over the weekend, I quietly started updating my profiles and website. It’s crazy how many places your information is out there on the interwebs these days.

On Sunday, the cat slipped out of the bag a bit early — thanks to LinkedIn. I had to get ahead of the buzz and make the announcement.

I knew it would be a surprise to most, but I guess I hadn’t considered that the response would be so hugely positive. I have had so much encouragement and support that I never expected, both on a personal level and on the decision to become independent.

According to National Association of Realtors member profiles, more agents are choosing to go with independent brokerages. A big reason for this shift is that the technology now exists to allow a smaller firm to create the systems it needs to compete at a reasonable cost.

I have always thought real estate is local, like the weather, so having a locally focused business makes a lot of sense.

Over the next few months I will share the story of my journey as I dive into becoming indie. I hope it will be interesting and enlightening to agents who are considering their independence. I am looking forward to the challenge ahead — ­it’s been a whirlwind so far. 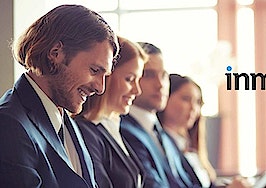 Get the most you can out of Connect -- listen and learn 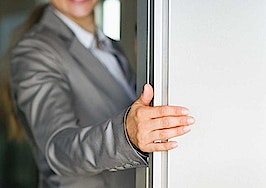 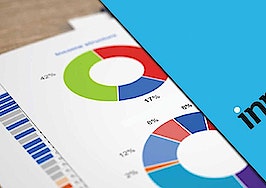 What's driving the shift toward independent brokerages?
Back to top
Only 3 days left to register for Inman Connect Las Vegas before prices go up! Don't miss the premier event for real estate pros.Register Now ×
Limited Time Offer: Get 1 year of Inman Select for $199SUBSCRIBE×
Inmanpot
Log in
If you created your account with Google or Facebook
Don't have an account?
Create an Account
Forgot your password?
No Problem