MIAMI — In the real estate industry, all eyes seem to be on millennials: Will they or won’t they buy homes?

New research from credit bureau Equifax suggests that student loan debt is what’s keeping many in this cohort from taking the plunge into homeownership.

Student loan debt among 20-somethings — the typical first-time buyer age group — has more than doubled in the last decade to $369 billion. The average debt load clocks in at just above $26,000, according to Dennis Carlson, deputy chief economist at Equifax.

Carlson spoke on a panel, “Mortgage Availability for Millennials and Other First-Time Buyers,” Wednesday at the National Association of Real Estate Editors (NAREE) conference.

“Equifax data suggests that the conventional theory — millennials are the rental generation and uninterested in homeownership — is only a part of the story,” Carlson said in a statement.

“Importantly, large amounts of student debt and less than stellar job prospects for recent college graduates make the dream of homeownership shine less brightly than in the past. But we also see indications that they will eventually want the family, the car, and the house that older generations desired, just with a significant delay.”

Another panelist, Wells Fargo Home Mortgage’s head of mortgage production, Franklin Codel, noted that a recent Wells Fargo survey found that 93 percent of millennials say they want to own a home in their lifetime.

93% of millennials say they want to own a home in their lifetime.

When asked “Are you thinking about buying in the next two years?” those answering yes went up “tremendously,” especially for African-American and Hispanic younger people, Codel said.

Renters’ No. 1 reason for not buying a home was “too much debt/not saved enough,” Equifax said, citing the Federal Reserve Bank of New York Survey of Consumer Expectations. More than half of respondents — 55.7 percent — gave that answer, compared with only 7.9 percent who said they worried home prices would fall.

Among the under-30 crowd, mortgage debt has fallen for those with and without student debt, but more for those with student loans than without them, according to data from Equifax and the Federal Reserve Bank of New York.

The labor market also plays a role. Those earning less than $30,000 annually are at the highest risk for defaulting on their loans, Equifax said. With each additional $10,000 in income, the delinquency rate is reduced by 20 percent, the credit bureau added.

Even for those with steady jobs, Equifax data indicate that young workers struggle to make timely payments on their student loans even as late as four years into a job, whereas older workers improve their payment performance, the company said.

“I think it’s a balance sheet issue,” he said.

Fifteen percent of millennials are underemployed, meaning that they are working part time but would like to be working full time, he said. And still more have taken jobs that don’t require a college degree, but will nonetheless help them get by — but don’t pay enough to allow them to buy a home.

Nonetheless, Smoke sees hope in the people visiting realtor.com. The 25-34 age cohort is officially the cohort most likely to buy a home, he said, citing realtor.com user surveys. That cohort represents about 13 percent of the population, but 21 percent of realtor.com traffic, Smoke said.

As the labor market improves and millennials continue to form households, Smoke and Carlson were optimistic that millennials would heed the siren song of homeownership.

But in order to hear that song, young people should be encouraged to reach out to a professional — whether a real estate agent, lender or someone else — to get rid of some of the misconceptions people have about purchasing a home, Codel said.

Wells Fargo’s survey showed that many borrowers don’t fully understand how down payments, credit scores and income requirements will impact their path to homeownership.

Agents can also help potential homebuyers with some common sense advice, Carlson said: “They need to be thoughtful about the home they buy and the payments they take on.” 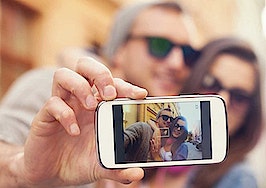 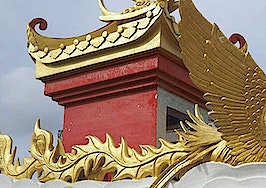 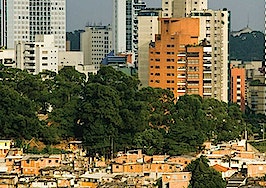 10 real estate issues that could impact home sales this year
Back to top
Inman Connect Las Vegas Memorial Day sale – 44% off exclusively for Select subscribers!Register Now To Save×
Limited Time Offer: Get 1 year of Inman Select for $199SUBSCRIBE×
Inmanpot
Log in
If you created your account with Google or Facebook
Don't have an account?
Create an Account
Forgot your password?
No Problem