SAN FRANCISCO — When consumers want to find a restaurant, they often use Yelp. When they want to suss out hotels, they frequently turn to TripAdvisor. And when they want to buy a clock, they might pull up Amazon.

But will agent reviews carry the same weight as reviews of faceless products and businesses?

Agents with average ratings of less than four out of five stars are often hard to find on Zillow, and a large number of agents boast perfect five-star ratings on the site. That could lead some consumers to place less weight on Zillow agent reviews.

Online agent ratings are inflated, but that doesn’t mean they can’t help consumers and agents.

Thirty percent of consumers question whether all reviews are valid if there are no negative reviews on a profile, according to agent review site RankMyAgent. 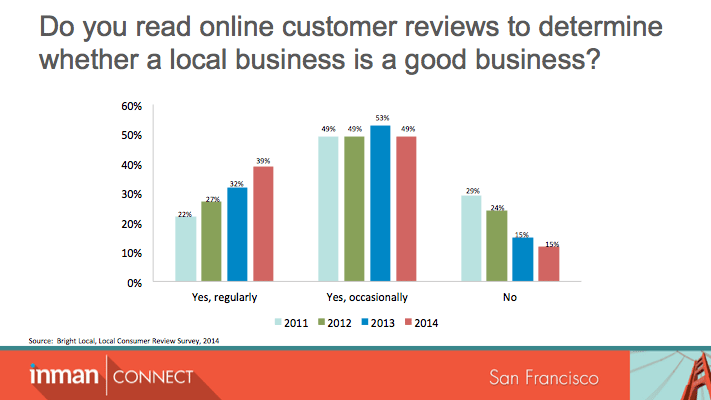 The reason why negative agent reviews are few and far between may be because many people who aren’t thrilled with an agent’s performance don’t feel the need to broadcast their disappointment.

Meanwhile, clients thrilled with their agents may be more than happy to comply when asked by their agents to review them.

Be that as it may, plenty of agents say online reviews still win them business, and Samuelson argues that even if reviews tend to skew positive they can still offer significant value to consumers.

Whenever Joujou Chawla closes a transaction, the Danville, California-based real estate agent says that 9 out of 10 clients ask how they can repay her (besides paying her commission). Chawla said she tells them that, besides referrals, the best gift they can bless her with her is a review on Zillow.

Chawla values the reviews so much that she tacks some onto her marketing materials (see below). 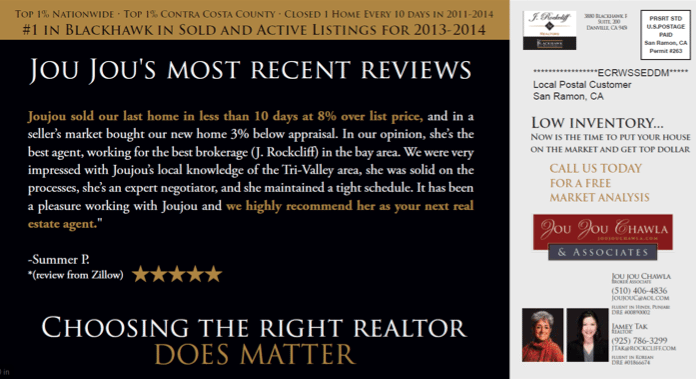 But her strategy for racking up accolades on Zillow partly illustrates how online reviews sometimes might not paint a complete picture of agents.

Chawla might not ask for a review from that one client out of 10 who doesn’t ask how they can help her.

An underwhelmed client could potentially leave a mediocre review on her profile anyway. But since that means tarnishing the reputation of a person, not a faceless thing, like a business or product, the dissatisfied client would likely have to be pretty upset, perhaps not merely just underwhelmed.

The result can be that an agent’s Zillow profile mostly, or even exclusively, reflects the views of delighted customers, and excludes those of less-than-thrilled ones. If any of Chawla’s clients have ever been dissatisfied with her performance, none have said so on Zillow.

Every single one of the 65 clients who reviewed Chawla on the listing portal has handed her a perfect five-star rating.

If agents only prompt satisfied customers to leave reviews, “isn’t that system gamed a little bit?” he asked Samuelson.

Samuelson acknowledged that agent reviews can be “skewed.” Zillow leaves it up to the agent to decide whom to ask for reviews, he said. But Zillow does guard against fabricated reviews, he said, by verifying that reviewers have actually worked with the agents they are reviewing.

Samuelson also suggested that asking all clients, including those who may have been underwhelmed, can serve an agent’s interests. “Negative reviews aren’t necessarily bad if you respond to them appropriately,” he said.

Indeed, about 7 out of 10 consumers place greater trust in reviews with good and bad scores, according to RankMyAgent. The agent review website recommends replying to online reviews wherever they appear and working toward a solution that benefits both parties.

Even if positive agent ratings are ubiquitous, Samuelson said, consumers can still extract value from the content of reviews or, as Samuelson puts it, their “narrative.”

For example, first-time buyers might be able to discover that one five-star agent is better for them than another five-star agent because reviews of the first five-star agent frequently laud the agent’s ability to clearly explain the homebuying process. 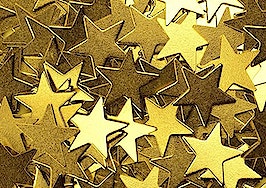 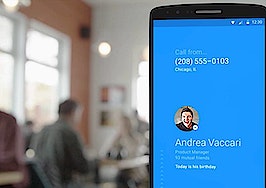 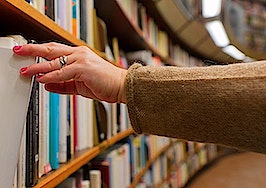 9 tips for becoming a successful real estate agent
Back to top
Only 3 days left to register for Inman Connect Las Vegas before prices go up! Don't miss the premier event for real estate pros.Register Now ×
Limited Time Offer: Get 1 year of Inman Select for $199SUBSCRIBE×
Inmanpot
Log in
If you created your account with Google or Facebook
Don't have an account?
Create an Account
Forgot your password?
No Problem