Oh, boy. Here we were, minding our own business, finger-thrumming at desks while waiting for the Fed to begin “normalizing” next month. Then, China. I’ll cut to the chase and then try to explain it.

Oh, boy. Here we were, minding our own business, finger-thrumming at desks while waiting for the Fed to begin “normalizing” next month.

Then, China. I’ll cut to the chase and then try to explain it. Stick with Clinton’s Law: “It’s the economy, stupid.” Currencies and central bank actions are effects of underlying economic pressures, and the economics are heavily affected by national politics. If you ever objected to including politics in a financial journal, this is the week to understand.

In isolation, the U.S. economy is doing well enough for the Fed to justify liftoff.

In isolation, the U.S. economy is doing well enough for the Fed to justify liftoff as early as next month. July retail sales rebounded nicely from the June swoon. Credit is expanding at last in one spot like in a normal business cycle: Credit card balances are up. Old news, but car loans are screaming — $160 billion in the last 90 days. In our impaired recovery, today’s car is yesterday’s house.

Minor domestic health aside, the Fed shows its frustration. Vice Chairman Stanley Fischer: “We are in a situation with nearly full employment, but very low inflation. We are not going to be as low as we are now forever.”

Mr. Fischer, sir, I do not mean to be any more impolite than usual. However, inflation has been lower than you thought for the last seven years; and if so for another seven, might as well be forever.

The yuan devaluation is the effect of a near-hard landing in China.

The yuan devaluation is the effect of a near-hard landing in China. Its GDP is closer to zero than its official 7 percent. China’s exports have fallen 8.3 percent year over year. Car sales fell 7.1 percent in July.

Part of China’s slowdown comes from attempting to switch to a market-based economy, but in the short term, China has suffered by maintaining a dollar peg last winter while the rest of the world devalued vs. the dollar (OK, not Norway, Switzerland or the U.K.). Its Asian and European competitors gained a big edge.

Enter Wall Street confetti. On Monday, Goldman harrumphed that the yuan devaluation was a technical adjustment, followed Tuesday by another leg down, which ran out of control and required all-out People’s Bank of China (PBoC) brakes. Another bogus thread in and out of China: This devaluation is just another wise step to a market economy managed by an enlightened meritocracy, China on the glorious road to world leadership.

Tell lies long enough and even the tellers will lose track of reality. Xi & Co. are pushing reform, but on their own terms: party control and legitimacy based on competence and economic growth. This year has been awful: Everyone in China knows the economy is slowing; everyone saw the stock market fiasco, and China is sufficiently globalized that parts of it suffer from devaluation, owing $1.6 trillion in external dollar debt.

Blowing Tianjin to smithereens was a perfect metaphor, emphasis added by authorities trying to cover it up via TV and Web censorship.

Anti-reform opposition to Xi is within the party, too big to purge, those who have profiteered on the state for so long. However, absurd efforts to censor expression and even thought are breeding opposition among an educated and worldly middle class glued to social media. Better violently overthrow than to be laughed out of office.

Speaking of which, Europe’s economy stalled in the last 90 days. The euro currency structural failure has canceled $1.1 trillion in European Central Bank quantitative easing and devaluation.

The Fed cannot miss the spectacle of three of the world’s four largest economies (add Japan to China and Europe) extending a trade war into competitive devaluation and a contest for champion of self-deception. Do not join it by embarking on doctrinaire “normalizing.” Down that road lies economic Tianjin.

Here in our own chaos, in which anyone can think and say anything and no one escapes criticism, give thanks. Markets have the dominant role, but government must play a part. Proper balance is constantly changing and unclear, but we are in recovery and the rest of the world is not because we accept bickering, insults and second-guessing, and we expect authority to rejustify itself every day.

If we get a little lucky, the Fed will lift off, acknowledge that “normal” is a lot lower than we used to think (1 to 2 percent, not 4 percent), and long-term rates will stay down while we try not to get hit by any of the big pieces from overseas.

The 10-year T-note in the last week (above) dropped at maximum yuan panic, but was already way down from the May-July tops.

The 10-year, two years back. Seems to me in disbelief that the Fed really intends to do anything, which should be a warning to the Fed.

The yuan, five years back. Inverted! The more yuan/dollar, the weaker. Other than this week’s crater, note the two aborted moves toward weakness in the last 18 months — both aborted by the PBoC. China tried to maintain a dollar peg, I think for reasons of pride if nothing else. The incipient hard landing has forced devaluation.

The yuan just in the last week. I hold in special contempt those who sold (or bought from China) with the notion that Monday was one-and-done. Not one official word from China can be trusted. Note Wednesday’s hysterical effort to prevent free-fall. Just as in its stock market, every try at market liberalization results in even more artificial top-down control.

From Monday. All China competitors devalued right along with China.

A two-part illustration of the absurd state of China’s economy after government-pushed excessive investment with no market discipline. The consequences of these two charts (and a lot else in China) for the rest of the world: deflation.

The National Federation of Independent Business survey of small business released this week. The late 2014 pop is petering. Not likely to unwind, just no momentum. Small business accounts for half of U.S. jobs.

From the New York Fed. Growth in destructive student loans. Crazy in cars — the only sector of the U.S. economy today pulled by credit. Minor gain in revolving (credit card) balances. Mortgage balances shrinking. The Fed has to think of long-term pre-emption, but there is nothing here for the Fed to pre-empt. 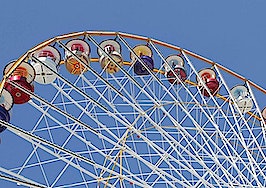 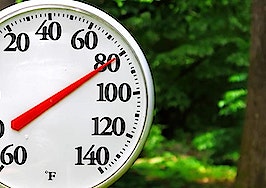 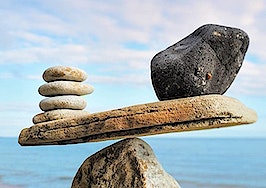 In most markets, rent is too darn high
Back to top
Inmanpot