by Octavio Nuiry |
You successfully shared the article.
Close

For the past few years, international millionaires and billionaires around the world have figured out that the U.S. real estate market was increasingly becoming a hotbed for financial alchemy.

With Swiss banks under increased scrutiny from U.S. regulators, the back door was open for global money launderers to plunder American residential real estate.

Three glaring reasons stand out, experts claim: First, lax U.S. standards for real estate transactions made it easy for foreigners — and Americans — to purchase residential and commercial real estate — both legally and illicitly.

Finally, the federal government is doing virtually nothing to prevent real estate money laundering, which allows foreign money to pour into U.S. real estate like never before, with few or no questions asked.

“It’s a big loophole,” said Louise I. Shelley, a money laundering expert and director of the Terrorism, Transnational Crime and Corruption Center at George Mason University in Arlington, Virginia. “I think it’s an absolute concern.”

Shelley said real estate is conducive to money laundering because of the ease of mixing legitimate with illegitimate money. She worries about the lack of oversight in the sale of residential and commercial real estate to international buyers.

“Corrupt leaders, organized crime groups, and terrorist organizations channel large quantities of illicitly obtained funds into real estate daily, as a way to disguise the criminal origin of their proceeds and to integrate them into the formal economy,” writes professor Shelley, author of “Dirty Entanglements: Corruption, Crime and Terrorism.”

“These illicit funds are invested into residential and commercial real estate as well as into farmlands and tourist properties, often allowing the criminals and corrupt politicians to enjoy the profits of their criminal activities,” Shelley wrote.

Shelley said the loophole in the Patriot Act, where real estate agents and brokers aren’t required to do due diligence on who the buyers are, is fueling the rise of international real estate buyers in the U.S.

“It’s hundreds of millions,” she said, stating how much illicit funds are invested each year in real estate. “Probably billions. Billions in New York City. Billions in London, Toronto, Miami and other cities.”

According to a survey by the National Association of Realtors (NAR), foreign direct investment in U.S. real estate amounted to $104 billion in the 12 months that ended in March 2015 — up 10.4 percent from last year and 65 percent higher than 2013.

Foreign direct investment in US real estate amounted to $104 billion from March 2014-2015.

Wealthy foreigners are increasingly investing abroad amid political and economic uncertainty back home, especially in left-leaning countries including Argentina, Brazil, China and Venezuela, where increasingly authoritarian regimes are scaring locals to ship their wealth abroad.

As affluent foreign buyers — spurred by lax U.S. regulators, an ask-no-questions real estate industry and global instability — flood the U.S. real estate market with cash, warning signs are rising that some of the international buyers are hiding dirty money in real estate sales.

According to RealtyTrac data, in first six months of 2015, 75 percent of the all-cash buyers in New York County had Asian surnames.

In first 6 months of 2015, 75 percent of the all-cash buyers in New York County had Asian surnames.

Of the top 20 cash buyers in New York City, only five were non-Asian buyers, while the remaining 15 buyers were either overseas Asian buyers or Asian-heritage local buyers. RealtyTrac saw similar patterns of overseas buyers in Miami and Los Angeles.

While banks are required to file what’s known as Suspicious Activity Reports, or SAR, with the U.S. Treasury if they suspect a customer is depositing or transferring dirty money, real estate agents, lawyers and title companies have no such statutory requirement.

Moreover, for Realtors, there’s no incentive to report high-end cash buyers because they would lose their commission.

In New York City, where several luxury skyscrapers are soaring to the heavens, foreign-friendly condo buildings — whether midtown penthouses, Village townhomes or Tribeca lofts — are attracting some of the world’s global ultra-rich.

Not all the money, however, flowing into the Manhattan real estate from abroad is legitimate. And living in New York City is becoming increasingly unaffordable for New York’s middle class at the expense of wealthy foreigners.

The article claims that New York real estate has become the new Swiss bank account, where dodgy ultra-rich foreigners are flooding the market to hide, stash — and sometimes launder their money.

Not to be outdone, The New York Times published “Towers of Secrecy,” a five-part series of articles in February 2015, uncovering the widespread use of shell companies, trusts and limited liability corporations, or LLCs, and various ways of concealing ownership of the property by wealthy international buyers of luxury condos in New York. 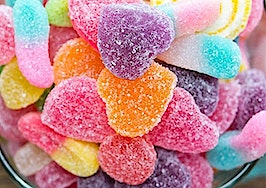 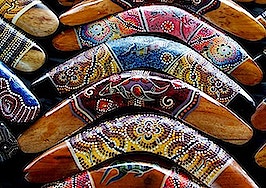 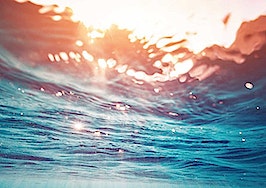 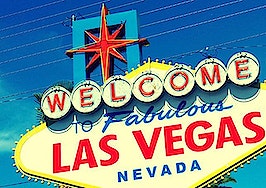