Platform(s): Android
Ideal for: Any agent who often uses their phone while driving

SafFone is still in development, but working prototypes have proven functionality and concept. The iOS app will come after the initial launch with Android.

Don’t kid yourself: You check your phone while driving more often than you’re willing to admit.

And even with a built-in speakerphone, talking while driving is more distracting than we care to acknowledge.

Centers for Disease Control and Prevention (CDC) reports that each day in the United States, nine people are killed and 1,153 are injured because of distracted driving.

CDC defines distracted driving as any active that requires one or more of these three forms of attention: cognitive, visual and manual.

You check your phone while driving more often than you’re willing to admit.

This is what drove Palo Alto-based Tech Inception, Inc. to develop SafFone, a stand-alone device that connects to your phone via Bluetooth to greatly reduce the amount of time you need to interact with it physically, visually and cognitively.

SafFone is about the size of a playing card, attaches to your dashboard or visor and uses an array of customized buttons to control commonly accessed features on your phone.

The current SafFone design has one-touch commands to dial up to seven contacts, navigate to seven locations, send four pre-written texts and one SOS alert to emergency contacts.

The search command allows you to hear a spoken, alphabetized list of your contacts if you need to go beyond seven.

I warn that doing so could lead to enhanced cognitive distraction. Isn’t seven enough for a car ride? Are we really that important?

SafFone’s touch-controls were carefully designed to eliminate the need to look at it, meaning you never enter into visual distraction when using the device provided a user fastens the device in a common-sense location, such as the visor or console.

It takes at most two seconds of manual and cognitive distraction to make a call using SafFone.

The SafFone app operates in the background so once connected you have no reason to engage with it.

Touching “1” on the dialing side initiates a call and turns on the speaker-phone. The same action on the navigation side starts voice direction to the assigned locale.

SafFone is not a permanent install, so it can go with you.

During a demonstration, I brought up to SafFone’s Naweed Muhammad what I assume is the most popular argument against the product’s adoption. It’s probably been on your minds since the third paragraph: my car already does this for me.

Have you set up all these commands on your car? How many taps of the screen does it take to activate while driving? For steering wheel commands, how accurate is the ensuing voice command? What about the millions of cars in the industry that don’t have such technology?

What about the millions of cars in the industry that don’t have such technology?

I’m not a fan of today’s tech-addled car lines.

I opted against the touch-screen display in our new Subaru. I find them too intrusive, lacking the insight of seasoned software UI designers and not at all focused on the fun of driving. Plus, if I’m going to be distracted by tech in my car, I want it to be under the hood.

The developers of SafFone are happy to admit that the safest way to use your phone in your car is to put it in the trunk.

But we know that’s not happening.

If you believe in this product, you can back it on Kickstarter or just wait for it to come to market in spring 2016. 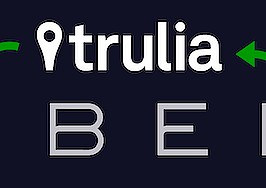 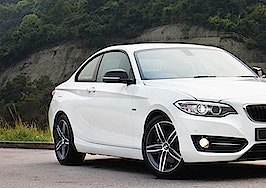 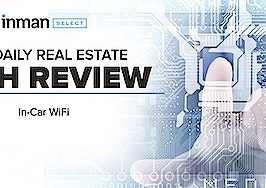 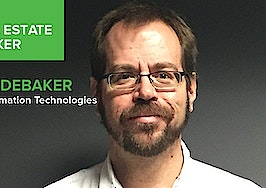 John Studebaker: 'Technology is one of those areas where the best doesn’t always win'
Back to top
Only 3 days left to register for Inman Connect Las Vegas before prices go up! Don't miss the premier event for real estate pros.Register Now ×
Limited Time Offer: Get 1 year of Inman Select for $199SUBSCRIBE×
Inmanpot
Log in
If you created your account with Google or Facebook
Don't have an account?
Create an Account
Forgot your password?
No Problem