It’s always interesting to discover what an agent did before they decided real estate was for them. If they are wise, they will bring contacts from their previous life with them as Josh Tucker, managing partner of Anchor Real Estate, did.

And his contacts were not too shabby. 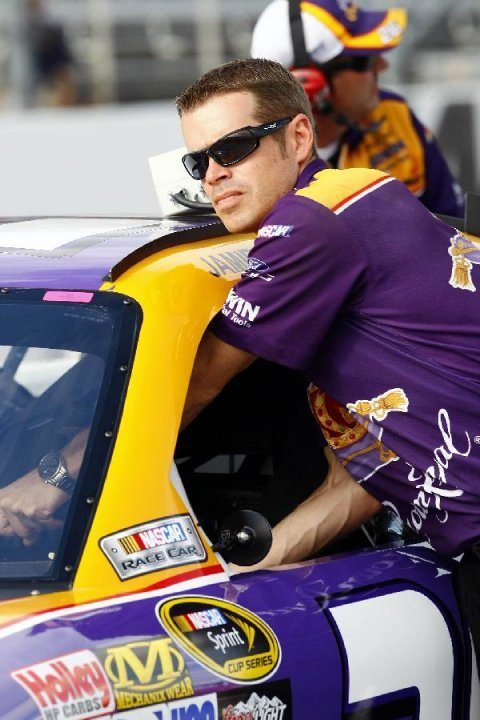 Josh Tucker in his NASCAR days

Tucker worked for 10 years in NASCAR, rising to become car chief, overseeing a team of mechanics for Rick Hendrick and Hendrick Motorsports. In his last two years there, he was looking for a new occupation that would still involve his car racing connections.

He’d had enough of the 200 days a year in hotels, but he still wanted to stay close to these people with whom he had spent so much time on the road.

“NASCAR is definitely a family,” Tucker said. “I spent more time with them than I did my actual family. By the time you factor in four nights a week, 42 weeks a year, it really adds up.”

The now top-producing agent thought about car sales, but if there’s one thing a racing driver doesn’t need, it’s a car — they get deals from the manufacturers. He also toyed with insurance, but decided against it because there was a dominant player for the NASCAR community already.

He found, however, that in NASCAR’s home base in Mooresville, North Carolina, members of the race car community were buying plenty of houses — and they weren’t particularly loyal to one agent.

“There were no agents that really had a tie to NASCAR or who had been so heavily involved in NASCAR and then left to get into real estate, so I grabbed a hold and ran with it,” said the agent.

Tucker started with a small independent company in 2012, then set up on his own as Anchor Real Estate in May this year.

“I closed my first transaction in April of 2012,” Tucker said. “I represented a NASCAR engineer on the sale of his home.

“I ended up with 14 transactions in 2012, and 11 of those clients were involved with NASCAR in some fashion.”

Targeting the upper end of the market in the greater Charlotte region, with a focus on Lake Norman, he quickly found success, selling $50 million in property in his first couple of years. He has also represented players and staff in both the NFL and NBA.

“I have undoubtedly become a top producer due to relationships I cultivated within my 10 years in NASCAR,” said Tucker.

Josh Tucker: I have ‘become a top-producer due to relationships I cultivated … in NASCAR.’

With five other agents under him and two full-time staff members, including a marketing director, Tucker now has big plans to expand to other markets — starting with the nearby city of Charlotte, a popular head office location for several big companies, including Bank of America, Wells Fargo and Duke Energy.

A lot of his high-earning clientele like to own coastal property in places like North Carolina’s Outer Banks, and with a license to operate in South Carolina, Myrtle Beach is another attractive place to buy. Tucker has his sights on those areas for new offices, too.

Many of his clients have second or third homes in South Florida, so Tucker is planning to follow the business there. He is sick of giving referrals for this potential revenue-earner.

“In the next 24 to 36 months, we have hopes of having a Fort Lauderdale or Miami office,” he said.

The agent has never actively recruited, preferring word-of-mouth approaches to hiring, and he would like this to continue as he gets bigger.

“I have got five agents but did not recruit one of them — they said, ‘We love what you are doing and how you are doing it,'” he said.

As well as new residential sales offices, Tucker would like to have a property management business and an investment arm.

Tucker has two business partners who help him make the big-picture decisions. Tom McClellan, a custom house builder, is one; the other is NASCAR driver, Greg Biffle.

“Greg Biffle brings his name, and he is very well-networked,” explains Tucker. “He is an advocate for us; he goes out there and spreads the word to potential buyers. Some are with NASCAR, but he is also very well-networked with attorneys and other athletes, and he has given us business through NFL and NBA players.”

Tucker prides himself on maintaining his NASCAR work ethic as a broker/owner, spending four evenings a week at networking or client events.

“I think the biggest difference between me and the average agent is my work ethic,” he said. “The norm in NASCAR was 70-hour weeks. I have continued my same work ethic in real estate.

“It amazes me when I call other agents and their voicemail says that calls received after 7 p.m. will be returned the next business day. Really? I didn’t know real estate had business days?”

Tucker remembers taking a call at 11:30 p.m. from an NFL player in Seattle.

“I think the biggest difference between me and the average agent is my work ethic.”

“He was interested in one of my listings and wanted to see it,” he explained. “It was only 8:30 on the West Coast. He ended up buying the house and I did both sides of the transaction.

“I asked my buyer client: If I had not answered the phone that night, would he have waited for me to call back or would he have moved on to another agent? And he said he would have most definitely moved on.”

Tucker is a big believer in using tech to communicate with his clients who travel a lot and buy new homes frequently as they follow their careers from franchise to franchise.

“Our NASCAR clients travel 42-plus weekends a year — they are gone, so a lot of our transactions are done sight-unseen,” he said.

His enthusiastic approach to using tech in his job is also related to his previous career.

“I would say my tech interest or maybe even just my desire to always be ahead of the curve, most definitely relates to my time in NASCAR,” he said.

“I spent 10 years trying to figure how to make cars go faster, how to make changes on the car quicker at the race track to result in more practice time as well as always watching the competition to try to pick up on what they are doing or how they do things to learn from it. NASCAR is a very technical sport, and I have carried that over to real estate.”

Anchor Real Estate is one of the few in the Charlotte market that has a Matterport 3-D scanner and a drone, and they use live video for listings, he said.

“We are a younger (in spirit) firm and very tech-driven,” he said. “I feel like being smaller, being younger, we adapt to change quickly.”

Tucker works hard at being very active on social media.

“Twitter, You Tube, Facebook — these types of things set us apart from the others who stick with the norm,” he said.

“I do all my own personal social media, and my marketing director does it personally for our firm. I think social media is very personal and don’t believe in having a third-party company doing it,” he said.

In his second career, Tucker said he has been inspired by two men.

“I learned a lot about business and how to treat people by watching Rick Hendrick throughout my NASCAR career,” he said.

His other role model has been The Boutique Group’s Raj Qsar, whom he first saw in action at Inman Connect New York in 2014.

“It’s just weird how you can go to an event and feel a connection by hearing someone speak, and that’s how I felt with Raj,” he said.

“The types of things he spoke about were what I always wanted my brokerage to be: tech-forward, with world-class social media and video cinematography. These were all things he was doing, and he has been very successful.”

Tucker has since made contact with Qsar, who has given him some useful advice.

“I have tried to pattern certain aspects of my firm after his, and I think his marketing ranks near the top of any I have seen,” said Tucker.

A lot of agents have told Tucker, “I bet you wish you would have gotten in earlier.”

But he has no regrets.

“Getting in earlier wouldn’t have allowed to make all the relationships I made in NASCAR, which could have changed the outcome of my real estate career,” he said. “I’m satisfied with my path in life so far and hope that I can continue to make good decisions and learn from mistakes to continue on my path to success.”

And there is one perk for having a NASCAR client list: Tucker does not have busy weekends showing clients homes because they are often traveling.

“I still like to attend a lot of NASCAR races, so you can usually find me at the NASCAR race if my weekend allows it.” 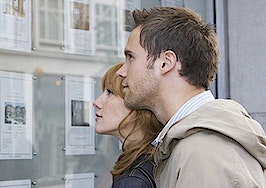 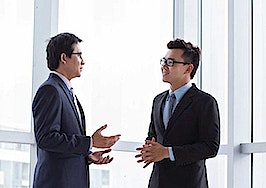 How new agents can build real estate leadership currency from scratch
Back to top
Only 3 days left to register for Inman Connect Las Vegas before prices go up! Don't miss the premier event for real estate pros.Register Now ×
Limited Time Offer: Get 1 year of Inman Select for $199SUBSCRIBE×
Inmanpot
Log in
If you created your account with Google or Facebook
Don't have an account?
Create an Account
Forgot your password?
No Problem