“The U.S. economy will continue to expand in 2016, principally because of growing consumer confidence resulting in increased consumption. Overall GDP (gross domestic product) numbers will remain subdued, probably in the 2.5 percent range, but that reflects a negative from imports exceeding exports…which has been the case for a while, but something that is exacerbated by the strong dollar,” said the WFG president and CEO.

Inman is interviewing industry thought leaders to find out what’s next in 2016. Here’s Patrick Stone, Chairman and CEO of Williston Financial Group/WFG.

Are you optimistic about the economy in 2016?

Yes, the U.S. economy will continue to expand in 2016, principally because of growing consumer confidence resulting in increased consumption. Overall GDP (gross domestic product) numbers will remain subdued, probably in the 2.5 percent range, but that reflects a negative from imports exceeding exports…which has been the case for a while, but something that is exacerbated by the strong dollar.

We expect resale market activity to increase about 10 percent next year. The consumer has deleveraged, and currently has the lowest debt service levels in thirty years. As underemployment declines, the consumer’s confidence grows and their expectations increase. Structural demand, read household formations, has an will continue to run ahead of supply. As a result of continued low interest rates, it will make more economic sense to buy a home as opposed to renting.

WFG National Title will be six years old at the end of this year and is firmly established as an accepted national player. We have seen meaningful market share growth and now insure about 1 out of every 40 transactions nationwide. We have been vetted and approved by 357 lenders, and have spent significant dollars on IT improvement, integrations with our clients and compliance protocols.

Our financing structure for home purchases is still a work in progress. Regardless of their positive or negative impact, CFPB (Consumer Financial Protection Bureau) regulations have significantly added to the cost of generating a mortgage. That, and the he lack of a meaningful private secondary market make mortgage availability and its sustainability somewhat problematic.

Until we thoroughly digest the new regulations and disclosure requirements, and until we see a meaningful privatized secondary market for mortgages, underwriting standards and availability will be an issue.

Obviously, global events provide content for the media, but it is also important to realize that we truly do live in a global economy. We are impacted, albeit tangentially, by the slowdown in emerging markets. Moreover, about 40 percent of all goods produced in the world are produced by U.S. corporations…and about half of that amount is produced in other countries.

Patrick Stone: ‘We are impacted, albeit tangentially, by the slowdown in emerging markets.’

We need to be concerned about global events, because global growth is going to be slow for five years and it will impact us to a degree. The positive side is that it will probably prevent significant overheating of our economy.

The will go up, but only slightly. It is probably a good bet that the Fed will raise its rate in December, but don’t count on another rate increase any time soon. I will be surprised to see mortgage rates rise more than one-half to three-quarters of a percent next year. We should finish 2016 with the 30-year fixed below 5 percent.

Will agents be more productive next year?

Yes. Real estate agents are embracing technology and access to information on the Internet. That and the emergence of teams and sophisticated broker support, will result in increased efficiency.

Will you expand, contract or maintain your business next year?

We are planning of significant expansion, both through organic growth and acquisitions. We believe the real estate market has at least three more years of expansion and growth, and we want to participate aggressively.

Moving all our operations and functions to one technology platform that will provide our customers — Realtors, lenders, consumers — an instant single point of contact for national coverage. This is a significant investment designed to change our business model by increasing efficiency while providing the customer with seamless access to the national market and all of our services. 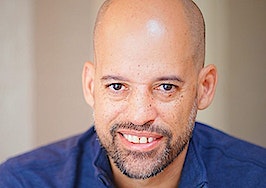 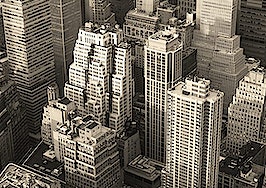 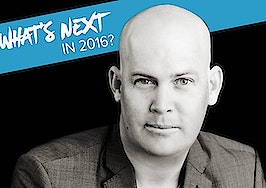 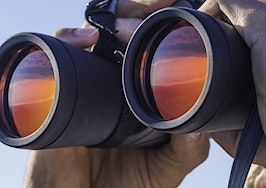