The San Francisco Bay Area leads the state in assessed residential and commercial property values, with a total roll of $1.417 trillion in 2015-16. During 2014-15, the 10 Bay Area counties’ total assessment roll stood at $1.317 trillion. Among theses counties Santa Clara County posted the largest growth.

The San Francisco Bay Area leads the state in assessed residential and commercial property values, with a total roll of $1.417 trillion in 2015-16.

According to the California Board of Equalization (BOE), this total equates to a 7.6 percent year-over-year jump in values. During 2014-15, the 10 Bay Area counties’ total assessment roll stood at $1.317 trillion.

“The growth in the housing and commercial real estate markets in Santa Clara County and throughout the Bay Area is astounding,” said Fiona Ma, BOE member, adding while this is a positive signal for jobs and the economy, it also means more families are being priced out of affordable housing options. 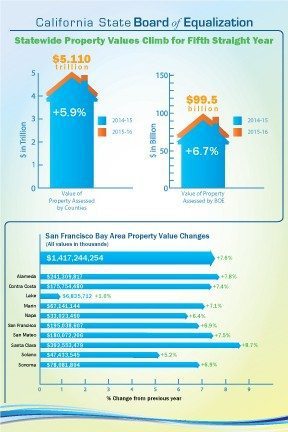 Napa and Solano Counties saw year-over-year rises of 6.4 percent and 5.2 percent, respectively. Typically not considered part of the Bay Area, Lake County only saw a one percent rise in values. Lying north of Santa Rosa, the county does not house a notably sized city.

Overall statewide assessed values totaled $5.209 trillion, a year-over-year increase of 5.9 percent. This marks the fifth consecutive year where the total value of California’s county and state assessed properties increased. According to the BOE, 33 counties saw assessment rolls grow by more than five percent. Only two counties statewide experienced a year-to-year decline in values. 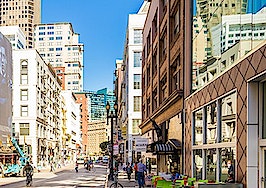 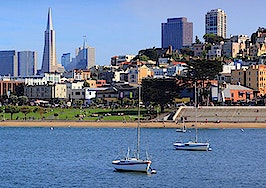 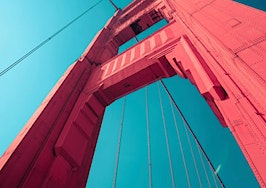 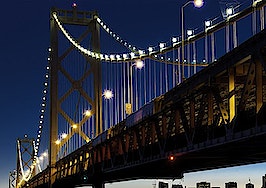 Do buyers find SF to be affordable?
Back to top
Only 3 days left to register for Inman Connect Las Vegas before prices go up! Don't miss the premier event for real estate pros.Register Now ×
Limited Time Offer: Get 1 year of Inman Select for $199SUBSCRIBE×
Inmanpot
Log in
If you created your account with Google or Facebook
Don't have an account?
Create an Account
Forgot your password?
No Problem