The plaintiffs have asked the court to suspend the statute of limitations deadline by 10 years — specifically, to Jan. 31, 2005, the date that Realogy and PHH entered into their Strategic Relationship Agreement.

Real estate brokerage franchisor Realogy Holdings, mortgage lender PHH and a slew of the companies’ real estate and settlement services partners have moved to dismiss a class action filed against them in California federal court. The lawsuit alleges that they violated the Real Estate Settlement Procedures Act (RESPA) by operating a “sham” affiliated business arrangement.

The case, Strader and Hall, et al., v. Realogy, et al., filed in November, alleges that Realogy and PHH used their 10-year-old joint venture, PHH Home Loans, to refer homebuyers to their title insurance and settlement service partners in exchange for fees and other kickbacks, a violation of Sections 8(a) and 8(c)(4) of RESPA, the anti-kickback portions of the federal statute.

The companies argue the claims are time-barred by RESPA’s 1-yr statute of limitations.

In their motion to dismiss, filed Feb. 5, the companies argue that the plaintiffs’ claims are time-barred by RESPA’s one-year statute of limitations.

The plaintiffs admitted this was true but asked the court to reconsider based on equitable tolling, a law principle stating that a statute of limitations does not apply in cases where the plaintiff, despite use of due diligence, could not or did not discover the injury until after the expiration of the limitations period.

Plaintiffs request to suspend the statute of limitations

Plaintiff Lester L. Hall, Jr. alleged the kickback scheme took place in April 2007, when he purchased a home with a loan from PHH, which referred him to Equity Title and West Coast Escrow, both of which operate as part of Realogy’s Title Resource Group, or TRG, for settlement services.

Hall’s co-plaintiff, Timothy L. Strader, Sr., alleged that on his April 2011 mortgage loan transaction, PHH “caused Merrill Lynch to refer” him to Equity Title for title insurance, and to TRG Services, both of which operate as part of TRG, for other settlement services.

Strader further alleged that he refinanced his mortgage loan in July 2012, when PHH again “caused Merrill Lynch to refer” him to Equity Title and TRG Services.

Civil actions brought under the portions of RESPA cited in the plaintiffs’ complaint have a one-year statute of limitations, but the plaintiffs asked the court to suspend that deadline by 10 years — specifically, to Jan. 31, 2005, the date that Realogy and PHH entered into their Strategic Relationship Agreement (SRA).

The plaintiffs have argued that they didn’t realize they had applicable claims until Nov. 5, 2015.

The plaintiffs have argued that they didn’t realize they had applicable claims until Nov. 5, 2015, when PHH mentioned the SRA and its operating agreement as part of a regulatory filing with the Securities and Exchange Commission.

Although they were aware before closing that they were being referred to TRG for title insurance and other settlement services — and signed the requisite disclosures acknowledging the companies’ relationships — “the details of the SRA … were never publicly disclosed,” they asserted.

A loss for Realogy and PHH could be detrimental

The plaintiffs also alleged that the disclosures they signed were “incomplete and misleading,” which attorneys for the defendant companies called “a last-ditch effort to save their claims.”

The companies’ attorneys contend that the Realogy-PHH joint venture, the SRA and the relationships with other companies were all publicly disclosed several times in regulatory filings dating back to 2005.

The plaintiffs alleged that Realogy & PHH’s disclosures were ‘incomplete and misleading.’

Included in the motion to dismiss are about 100 pages of excerpts of such filings that mention the companies’ arrangements.

“Plaintiffs did absolutely nothing to investigate a possible RESPA claim during the one-year statute of limitations, and they continued to do nothing for years,” the motion to dismiss states. “They then decided to file suit ‘on information and belief’ based upon a 2015 SEC filing that discloses the same information that has been disclosed in other SEC filings since 2005.

“Plaintiffs have not pleaded — and cannot plead — facts to establish due diligence or that any extraordinary circumstances justified their delay. As a result, they have not, and cannot, state a claim for equitable tolling or equitable estoppel/fraudulent concealment. Plaintiffs’ claims are time-barred, and the amended complaint should be dismissed in its entirety with prejudice.”

The companies’ motion to dismiss also argues that seven of the defendants named in the lawsuit — Realogy, RMR Financial, NE Moves Mortgage, Realogy Group, Realogy Intermediate Holdings, Title Resource Group and NRT — should not be subject to the suit because the plaintiffs’ complaint alleges no wrongdoing by those specific companies.

Should the court reject the defendants’ motion, the case will move forward in the U.S. District Court for the Central District of California, Southern Division — and should the plaintiffs’ case eventually prove successful, the damages awarded to them could have serious financial consequences for the companies.

The lawsuit seeks $4,950 per class member, plus three times the amount of any other settlement service fees paid to TRG for each federally related mortgage loan that borrowers obtained from PHH, PHH Home Loans or one of the PLS partners.

If the plaintiffs’ case is successful, the damages could have serious financial consequences.

In October, Realogy and PHH removed certain provisions from their SRA that referred to Realogy as PHH’s “exclusive recommended real estate broker” — while maintaining that their agreement is a legal joint venture.

However, the plaintiffs in this case have questioned the timing of that decision, alleging that Realogy and PHH knew the mandatory referral provision “was a violation of Section 8 of RESPA Section 2607(a), and sought to limit future exposure,” the complaint alleges.

In a separate battle, the CFPB claims that PHH’s questionable conduct has been ongoing for 15 yrs.

In a separate court battle between PHH and the Consumer Financial Protection Bureau, the CFPB claims that PHH’s questionable conduct persisted for more than 15 years, with no indication that PHH changed its practices or took any steps to make future violations less likely.

That litigation is ongoing and will determine whether an order by CFPB Director Richard Cordray calling for PHH to pay more than $109 million in disgorgement will stand. 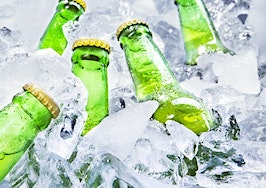 10 reasons why mortgage investors are rejecting TRID loans
Back to top
Only 3 days left to register for Inman Connect Las Vegas before prices go up! Don't miss the premier event for real estate pros.Register Now ×
Limited Time Offer: Get 1 year of Inman Select for $199SUBSCRIBE×
Inmanpot
Log in
If you created your account with Google or Facebook
Don't have an account?
Create an Account
Forgot your password?
No Problem