by Tommy Sowers
Share this article
You successfully shared the article.
Close

In Sam DeBord’s recent article, he painted an inaccurate picture of our company, SoloPro. DeBord called us “tech bros” and compared us to “sociopaths” with “money to burn.”

Hunched behind the barricades, he, along with a horde of commenters who could benefit from an understanding of our model (and sometimes a spell-check feature and a lesson on decency), defended the traditional real estate model.

While you are defending the traditional real estate model, we are on offense. Since last week’s launch of our first commercial, wherein we “blow up” real estate commissions, our phones have been ringing off the hook. The 140 fully licensed real estate agents who signed up with SoloPro in the last 72 hours don’t share Mr. DeBord’s skepticism.

SoloPro is no-commission, on-demand, unbundled real estate. When we built SoloPro, we built it for both agents and consumers. We aren’t a discount brokerage, still seeking to monetize the commission. We considered it, but we decided we didn’t want to be a cheaper RedFin or Help-U-Sell.

Where’s the benefit for me?

We empower agents to take back control of their lives. Many agents no longer want to be the 24/7-accessible, always-on agent. In the past, deciding not to play that game usually meant becoming part of the 85 percent of agents who churn out of the industry every five years.

Through our platform, agents can decide when they work and what jobs they take. Don’t want to cancel your kid’s birthday party just because a buyer wants to see yet another home tomorrow? With SoloPro, you can decide when, where and how you work — and, radically, get paid when you do. 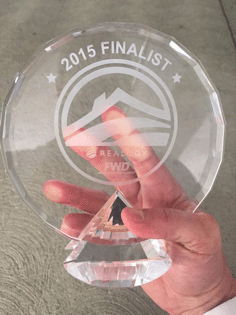 The Realogy FWD trophy that SoloPro displays in its office.

Last year, our plan also earned us a spot as a top-three finalist at Realogy FWD, the real estate industry’s own competition of startup ideas. We proudly display the trophy in our office.

And we are certainly playing by the rules — they’re just rules for a marketplace, not a brokerage. In our plan, we expect the old guard to adopt the expensive, non-consumer-friendly tactics seen most recently in the taxi and hotel industries: They’ll use your dues and attempt to defend using regulation and significant lobbying.

We’ve already gone through a multi-month review of our model by a state real estate commission, and we continue to grow, primarily because we are a marketplace and not a regulated brokerage. We’ll adapt as needed in the future.

The concept that buyers don’t pay agents or that buyer agent services are free is a lie. Or that 1099 contract workers can be told where they can and can’t get income. Or that commission is set in a market. I’ve been told all of these things. We like having the truth, consumers, the law and the Department of Justice on our side.

We didn’t build SoloPro to disintermediate agents. We exist to serve agents and consumers by creating a more efficient marketplace for real estate transactions to take place.

We are openly attacking the inefficiencies in the market. Our enemy is inefficiency — not just an agent who did a little work and still demands some of the highest commissions in the developed world, but also the lookie-loo wasting an agent’s time, and the 85 percent turnover in the agent community.

SoloPro won’t be for everyone. The 7 percent of agents who make 93 percent of the commissions may look at agents making money through our platform and say they are “bad” or “loser” agents (I’ve actually seen much more juvenile, unprofessional and rude terms lobbed at them by their fellow agents, usually in the comment sections of this very publication).

Some agents love the idea of a company that solves the prospecting and marketing challenge. Maybe they want to set their own hours, or perhaps they like the idea of getting paid for what they do, when they do it and not having to split their compensation with a broker who delivers them less value this year than last.

Some agents love the idea of a company that solves the prospecting and marketing challenge.

SoloPro represents a real estate revolution. Like America’s own revolution, this one is against unnecessary and indefensible taxes in the form of high real estate commissions.

We aren’t attacking agents. We are winning the hearts and minds of those within the real estate industry who understand the current system needs the competition offered by SoloPro.

When I read Mr. DeBord’s article, I’m reminded of what Mahatma Ghandi said near the end of his life when he was asked to sum up his journey: “First they ignore you, then they laugh at you, then they fight you, then you win.”

We were largely ignored last year as we quietly built our army of almost 1,000 agents in 36 states. This year, we hear the laughter from behind the ramparts.

So defend your commissions and model in the comment section (watch your spelling — remember, you’re representing your profession). One day soon, we’ll be in your market and you’ll have to defend those commissions to your customers.

Maybe we’re already in your market. Either way, we’re ready for that fight.

Dr. Tommy Sowers is the CEO and founder of SoloPro, a real estate services marketplace.

Tommy Sowers on working with professionals who want to be empowered 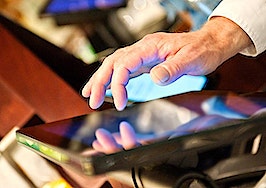 The no. 1 rule for disrupting an industry? Do your homework
Back to top
Inman Connect Las Vegas Memorial Day sale – 44% off exclusively for Select subscribers!Register Now To Save×
Limited Time Offer: Get 1 year of Inman Select for $199SUBSCRIBE×
Inmanpot
Log in
If you created your account with Google or Facebook
Don't have an account?
Create an Account
Forgot your password?
No Problem