Real estate agents who advertise on Zillow with “featured listings” are used to some perks — they’ve been able to keep competing agents off their listings and receive prominent placement in search results. Recent changes to featured listings, however, have increased the cost of the first benefit and eliminated the second.

Real estate agents who advertise on Zillow with “featured listings” are used to some perks — they’ve been able to keep competing agents off their listings and receive prominent placement in search results.

Recent changes to featured listings, however, have increased the cost of the first benefit and eliminated the second.

The changes seem to advance the listing portal’s professed aim to winnow its Premier Agents to a smaller group of big spenders who excel at converting leads into transactions. It also underscores the potential risks of investing heavily in lead sources that can quickly shift underfoot.

Premier Agents used to often receive a bundle of featured listings for purchasing buyer’s agent ads on listings. But the listing portal recently made featured listings only available as a standalone product, decoupling them from its flagship ad offering.

This change to featured listings won’t impact Premier Agents who signed up before 2015, said Zillow spokeswoman Amanda Woolley in an email. They will be grandfathered into the new featured listing program, she said.

But new and old Premier Agents alike will be affected by a second change made to featured listings. The listing portal recently nixed its “Featured” search setting, meaning “featured listings” no longer are, well, “featured” to consumers: they don’t receive any promotion in search results. 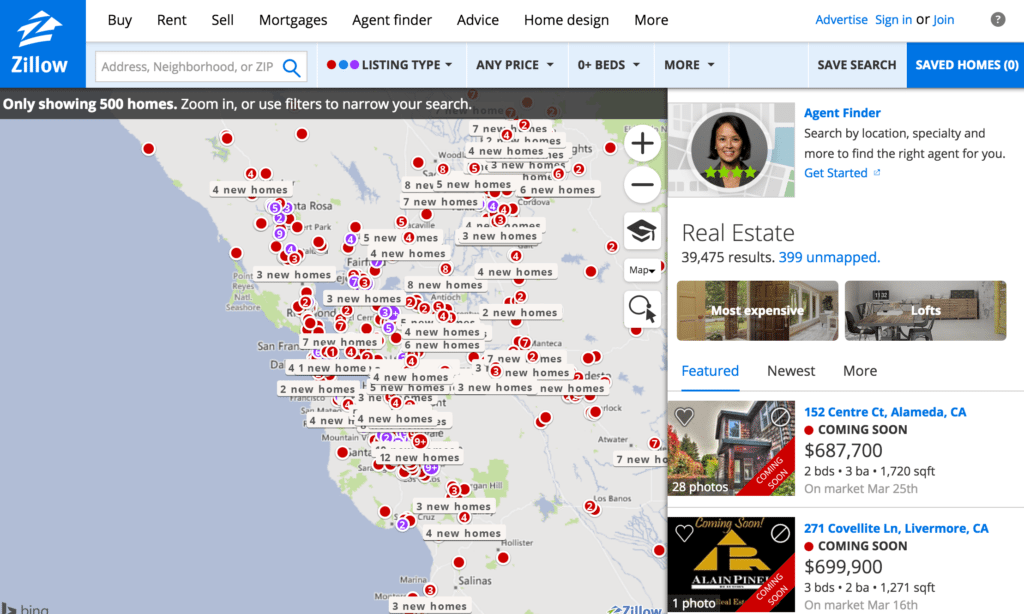 “We are always trying different strategies to deliver a better experience to the agents who choose to market their listings on Zillow.”

Traditionally, many agents who paid for buyer’s agent ads on Zillow listings would receive a batch of featured listings for no additional charge on top of what they spend on monthly listing ad impressions.

The size of those batches has steadily declined. Woolley said that Zillow had been “deemphasizing” featured listings for years.

Woolley said the reason Zillow has deemphasized featured listings is that “many of our partners told us they preferred the free benefits” they could receive in exchange for feeding listings to Zillow under programs like Zillow Pro for Brokers. She said those partners also told Zillow that “featured listings were less important to their marketing strategy.” 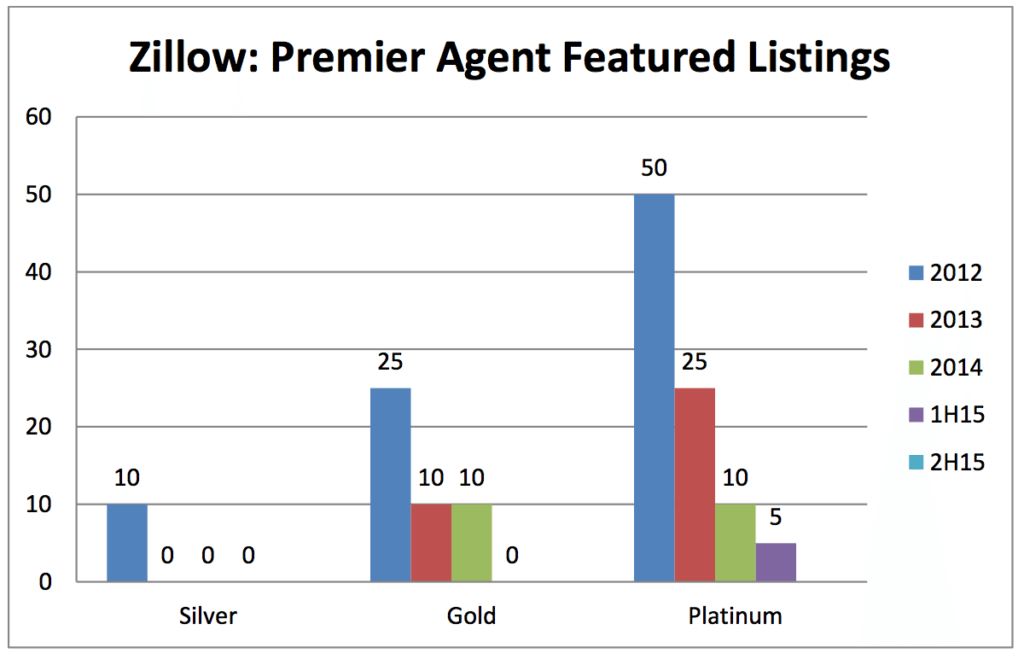 This chart from PAA Research purportedly shows how featured listings part of various Zillow ad packages have changed over the years.

Zillow’s new model for offering featured listings will increase the cost that some agents will have to pay if they want to keep their listings free of ads from competing agents.

David Fresquez, an agent at La Jolla-based Re/Max Associates who says he spends about $200 a month on ad impressions, says his Zillow sales representative told him that Premier Agents who spent $250 a month in October on ad impressions could designate all their listings featured listings for no additional charge.

Now, however, he would have to spend $350 a month for Zillow’s featured listing package regardless of his spending on ad impressions, even if he only wants one or two featured listings, not the 10 included in the package, he said his sales representative told him.

By increasing the cost of featured listings, Zillow is likely to reduce their number. That should expand the number of listings that present agent ads to consumers, creating a larger pool of ad impressions that Zillow can sell to Premier Agents.

Now that featured listings no longer get preferential treatment in search results, consumers are more likely to see and visit listings that serve Premier Agent ads, boosting the quantity of ad impressions Zillow can sell to Premier Agents.

Zillow is testing labels including “Homes for You” and “Relevant” for the name of the search setting that will replace the “Featured” search setting.

“The search results are now based on the homes that we believe are of the most interest to the home shopper,” Woolley said, when asked if featured listings still received promotion in search results.

Until Tuesday, a page on zillow.com explaining the portal’s ad products said that featured listings “appeared at the top of search results.” Woolley said the page was out of date. Zillow has since removed that language.

“The biggest value of a featured listing is being the only agent displayed on the listing, versus where the listing appears in search results,” Woolley said.

PAA Research’s report casts Zillow’s efforts to free up ad inventory as an attempt, in part, to compensate for agreements Zillow has with major real estate firms that have shielded many of their listings from third-party agent ads.

Woolley didn’t agree with that assessment, countering that, though “we work closely with all our partners to develop a relationship that fits their needs,” the “vast majority” of listings on Zillow serve buyer’s agent ads.

Zillow recently uncorked some ad inventory that had been plugged up by a previous agreement it had with Keller Williams Realty.

Under the previous agreement, Keller Williams listings didn’t include contact forms that visitors could fill out to connect with Premier Agents at competing firms. An updated agreement permits the display of such forms.

Unlike lead forms for buyer’s agents that appear on other Zillow listings, the forms on Keller Williams listings don’t show the photos or contact information of the agents that will receive the information submitted through the lead forms. The updated agreement also provides Keller Williams listing agents with more conspicuous branding on their listings than they received under the previous agreement. 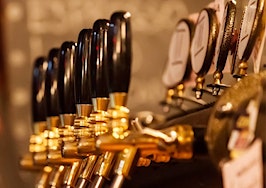 What 'levers' to pull when trying to get an offer: Part 1 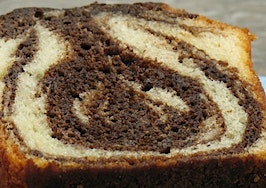 How to list a home the right way
Back to top
Only 3 days left to register for Inman Connect Las Vegas before prices go up! Don't miss the premier event for real estate pros.Register Now ×
Limited Time Offer: Get 1 year of Inman Select for $199SUBSCRIBE×
Inmanpot
Log in
If you created your account with Google or Facebook
Don't have an account?
Create an Account
Forgot your password?
No Problem