When you look at a listing that boasts a “full bath,” what do you envision? A sink, toilet, shower and tub? Or does a sink, toilet and shower suffice?

When you look at a listing that boasts a “full bath,” what do you envision? A sink, toilet, shower and tub? Or does a sink, toilet and shower suffice?

When you hear the term “full bath,” what do you envision?

The members of Lab Coat Agents parsed the issue and found that the answers were not quite as varied as Baskin Robbins’ 31 flavors — but there were at least five different ways a home’s number of baths might be tallied based on state, region, buyer, seller, the MLS and your math skills.

1. You’re all in with toilet, sink and shower

New York Realtors Billy Rugen and Lauren Fernandes say a bathroom can have a toilet, sink and shower and still be considered a full bath.

Fernandes pointed out that defining what a “full bath” is in New York City can be difficult, especially since there are plenty of older structures with layouts that are no longer used.

“In New York City, a shower definitely counts as a full bath,” she said. “There are old buildings here where the bath is in the kitchen!”

The full-bath debate varied state-by-state or even city-by-city, and oftentimes agents pointed out that their MLS doesn’t have a three-quarter bath designation, so it’s up to them to decide on what a bath is.

Some MLSs don’t offer a 3/4 bath option, so agents are left to decide between a full or half bath.

“I call [sink, toilet and shower] a three-quarter, but our MLS only accepts one or 0.5 (half),” Dutch Revenboer says. “Dumb.”

Besides the issue with MLS options, Lucila Garcia says the issue may come down to a buyer’s preferred terminology.

But for Nevada agent Sarah Tortolini, the issue is neither.

“In Nevada, technically it’s about how many water outlets there are,” she says. “So a sink, tub and shower spouts is full (four), anything less (no tub = three) is three-quarters, or (sink and toilet = two) is one half.”

There wasn’t a consensus on what a “full bath” is, but each agent agreed about learning the standard in your market and working accordingly so you don’t misrepresent yourself and your listings.

“It’s regional,” Sandy Valenzuela Hermes says. “My current area just calls three-quarters a full bath, but when I sold in San Diego, we would have considered it false advertising!”

So what is a “full bath” in your market? Tell me in the comments below. 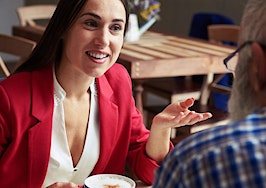 10 questions real estate agents should expect from homebuyers and sellers 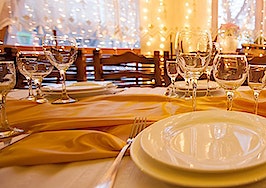 29 rules of etiquette for agents 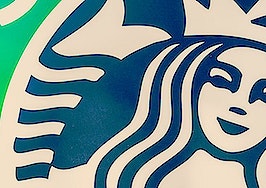 How to turn Starbucks into a lead goldmine
Back to top
Only 3 days left to register for Inman Connect Las Vegas before prices go up! Don't miss the premier event for real estate pros.Register Now ×
Limited Time Offer: Get 1 year of Inman Select for $199SUBSCRIBE×
Inmanpot
Log in
If you created your account with Google or Facebook
Don't have an account?
Create an Account
Forgot your password?
No Problem