Last year, RealtyTrac released a study on the differences in home appreciation for neighborhoods near natural food giants Whole Foods and Trader Joe’s.

The study concluded that homes near Trader Joe’s saw a 40 percent appreciation compared to 34 percent for homes near Whole Foods.

This year, RealtyTrac followed up with another report that compared home appreciation rates between big box retail rivals Target and Wal-Mart.

Not only do homeowners near Target experience better home appreciation rates, their homes usually have a higher value as well. On average, homes near Target are valued at $307,286, which trumps the value of homes near Wal-Mart ($178,249) by 72 percent.

Lastly, homeowners near Target pay, on average, 123 percent more in property taxes ($7,001) compared to their counterparts who live near Wal-Mart ($3,146).

Values and property taxes of homes near @walmart are closer to national averages. 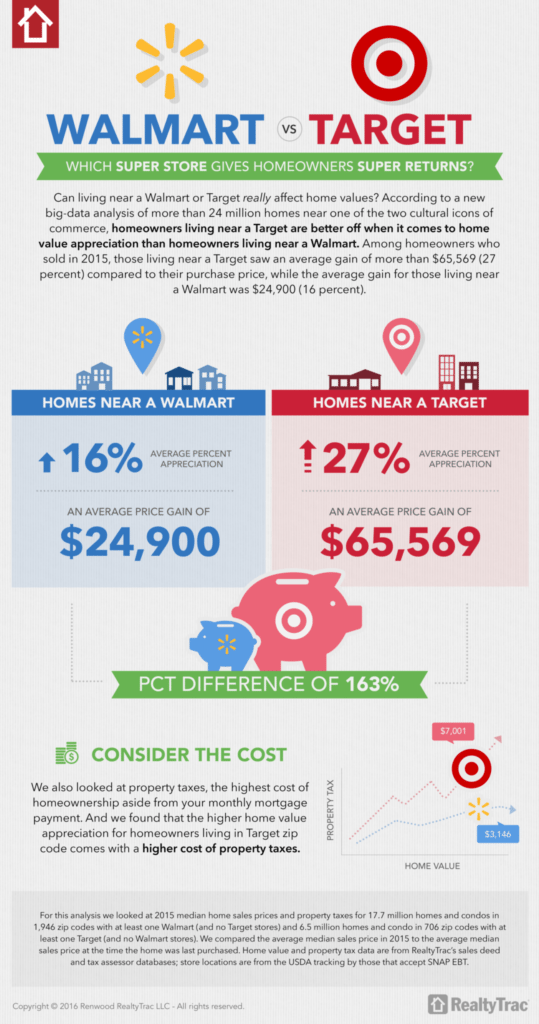 Is this true in your market? Share your answer in the comments below! 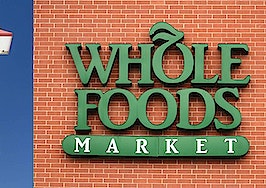 RealtyTrac reports home flipping is falling in San Francisco
Back to top
Only 3 days left to register for Inman Connect Las Vegas before prices go up! Don't miss the premier event for real estate pros.Register Now ×
Limited Time Offer: Get 1 year of Inman Select for $199SUBSCRIBE×
Inmanpot
Log in
If you created your account with Google or Facebook
Don't have an account?
Create an Account
Forgot your password?
No Problem