Dubbed an “urban village,” Shirlington is known as a pedestrian-oriented suburb of Washington, D.C.

Lying within Arlington County, the unincorporated village was originally developed in the 1940s with the idea of being walker friendly.

Dubbed an “urban village,” Shirlington is known as a pedestrian-oriented suburb of Washington, D.C.

Located in Arlington County, the unincorporated village was originally developed in the 1940’s with the idea of being pedestrian-friendly.

WalkScore considers the area to be “very walkable,” with most errands accomplished on foot. Shirlington is also said to be very bikeable with some hills and excellent bike lanes.

The area is adjacent to Interstate 395 and roughly eight to 10 miles from downtown DC Reagan National Airport is about a 7-mile drive.

The area is home to The Village at Shirlington, which was considered to be the first large shopping center in the suburbs of DC when it opened in 1944. The center was significantly expanded in 2005 and today houses the Signature Theatre, a professional theatre company.

While Shirlington has no middle or high school, the village does have three elementary schools.

According to Redfin, the median sales price of a home in Shirlington during the last 90 days was $307,000.

The village boasts a list-to-sales price ratio of 99.3 percent, which is favorable for sellers. This ratio is also one of the highest among DC-area neighborhoods.

The average listed home in the village receives 1.5 offers.

During the past 90 days, 18 homes have sold in the village. 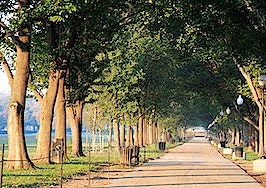 When is the best time to list a home in Washington DC? 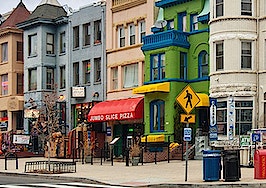 Yardi reports rental growth in Washington DC
Back to top
Only 3 days left to register for Inman Connect Las Vegas before prices go up! Don't miss the premier event for real estate pros.Register Now ×
Limited Time Offer: Get 1 year of Inman Select for $199SUBSCRIBE×
Inmanpot
Log in
If you created your account with Google or Facebook
Don't have an account?
Create an Account
Forgot your password?
No Problem