On April 4, the Illinois Association of Realtors celebrated 100 years of service and industry leadership. To kick off the next century right, the association revealed its new name, Illinois Realtors, and announced the new executive vice president, Luke Bell, who will begin on June 1.

Before taking on his new position, Bell worked with the Kansas Association of Realtors as the vice president of governmental affairs/general counsel.

“In Luke Bell we have found a winning combination of deep knowledge of the issues facing Realtors and those they serve and the drive to make the Illinois Realtors a national leader in protecting and promoting private property rights,” said Mike Drews, GRI, Illinois Realtors president, in a press release.

Past work and education

Bell will be second in line to guide the Illinois Realtors, and past president Jim Kinney says Bell is well-equipped to navigate Illinois’ government system.

Bell earned a Juris Doctor from Washburn University School of Law in Topeka, Kansas, and a bachelor’s degree in political science from the University of Kansas.

Furthermore, his former position with the Kansas Association of Realtors required extensive work with local, state and federal officials to address issues specific to the real estate industry. Before Bell entered real estate in 2006, he worked as a contract lobbyist for Kearney and Associates.

Luke Bell: ‘The association has a reputation for delivering industry-leading advocacy.’

“I am thrilled to be able to join the dedicated and experienced team at Illinois Realtors,” said Bell in a press release.

“The association has a reputation for delivering industry-leading advocacy, political action and professional development programs. I look forward to the challenge of representing the industry and finding new ways to engage consumers and members alike.” 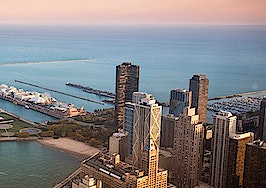 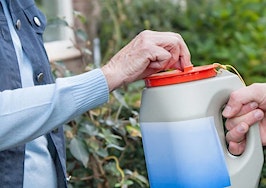 Chicago in a week: Mar. 28 - Apr. 1
Back to top
Only 3 days left to register for Inman Connect Las Vegas before prices go up! Don't miss the premier event for real estate pros.Register Now ×
Limited Time Offer: Get 1 year of Inman Select for $199SUBSCRIBE×
Inmanpot
Log in
If you created your account with Google or Facebook
Don't have an account?
Create an Account
Forgot your password?
No Problem