Samantha DeBianchi (yes, that Samantha DeBianchi) didn’t waste any time before asking Steve Witkoff, CEO of Witkoff Group, how the team behind the 111 Murray Street project came together at Global Connect today.

Witkoff — in agreement with Raphael DeNiro of Douglas Elliman and Robert Whitlock of Kohn Pederson Fox — attributed it all to great relationships.

In the case of 111 Murray Street, Tribeca’s newest 857-foot tall, high-end residential apartment building, it came down to who knew how to do what the best.

DeNiro, one of brokers at Douglas Elliman who is apart of it, said the early stages of the project involved visiting the site and immediately opening the conversation of price per foot, amenities, unit sizes and what the building should look like.

He went on to discuss how to get from land acquisition to final sale.

“You start out by making sure you’re creating the right product,” DeNiro said. “Figure out demographics before you plan something.”

For 111 Murray Street, the demographic is apparently looking for a two-bedroom two-bathroom apartments starting at $4.35 million.

Getting interest from abroad

DeNiro spoke about how brokers can garner interest from international buyers by first tapping into their respective networks. “If you have friends in Europe, you start there,” he said.

Whitlock described the site as unique and as a park-like setting in the middle of Manhattan. He said that because the location was not locked in the grid, they were able to take liberties with the building’s rotation.

These liberties lead to the ability to use offer a $18.9 million penthouse with north-, south-, and west-facing views.

DeBianchi brought up the fluctuating market in recent years as it relates to the site’s development. DeNiro fielded the question first by saying that aside from a few tweaks adding more two-bedroom units with views, the concept didn’t change from inception.

“It’s a winners-and-losers market,” he said. “If you have thoughtful developments priced correctly, then your product sells.” 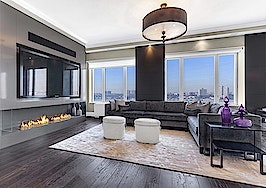 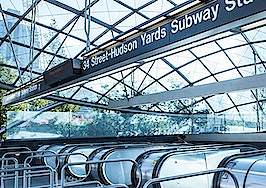 Top brokers' secrets to working with the elite and famous
Back to top
Only 3 days left to register for Inman Connect Las Vegas before prices go up! Don't miss the premier event for real estate pros.Register Now ×
Limited Time Offer: Get 1 year of Inman Select for $199SUBSCRIBE×
Inmanpot
Log in
If you created your account with Google or Facebook
Don't have an account?
Create an Account
Forgot your password?
No Problem