Within the Los Angeles luxury housing market, a growing trend appears to be the availability of turnkey, teardown-type acquisition opportunities.

The opportunities involve existing homes in Bel Air and Beverly Hills that come with plans for new existing homes of significantly larger size. The plans are fully engineered by the developers with all necessary entitlements and approvals secured.

In short, buyers have the option to either purchase an existing luxury home and keep it as is; or go the turnkey route and acquire the home, tear it down and have the planned home constructed in its place.

The purchase prices vary greatly depending on which route a buyer takes.

In Bel Air, a five-bed, four-bathroom home is being listed for nearly $28 million. If the buyer chooses the turnkey route, that purchase price goes up to $100 million.

Under the turnkey route a 29,500-square-foot home, featuring seven beds and 15 bathrooms, would be constructed following demolition of the existing home. A two-bed detached guest house is also included in the approved plans.

The existing home was built in 1961, and this opportunity has been listed for at least 76 days.

In Beverly Hills, a 4,500-square-foot home is being listed at nearly $13 million. The home comes with approved plans for a 15,000-square-foot residence that would include seven bedrooms and 11 baths. The turnkey option would cost a buyer $45 million. The listing has been on the market for at least 84 days.

Historic homes are in high demand

Another growing trend within L.A.’s luxury home sector is a growing interest in historic home restorations.

According to restoration specialist Leonard Fenton, the city boasts pockets of historic homes but as a whole has a “diminishing stock” of these residences, which explains the high demand among the wealthy for these properties.

The eastern part of the Hollywood Hills is known for containing a number of Craftsmen homes, while the West Adams area features Spanish Colonial, Victorian, Transitional and Craftsmen residences. Other markets with an inventory of historic homes include Pasadena, Highland Park and areas surrounding the University of Southern California.

Overall demand within LA’s luxury sales market, which comprises of homes valued at more than $3 million, was on the rise entering the spring. Spanning December to February, the city’s top five submarkets for existing luxury homes sales accounted for a total of 115 transactions.

This total was up year-over-year by 21 transactions.

The Bel Air – Holmby Hills submarket was home to the highest average priced luxury sales at $11.2 million, according to a Sotheby’s International Realty’s Greater Los Angeles market report. Beverly Hills accounted for the most luxury sales during the three-month period with 31. 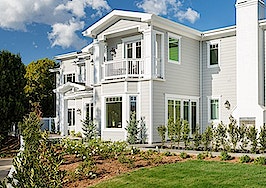 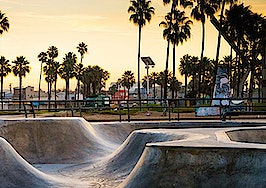 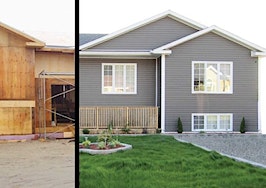 LA home prices are on the rise, says Black Knight
Back to top
Only 3 days left to register for Inman Connect Las Vegas before prices go up! Don't miss the premier event for real estate pros.Register Now ×
Limited Time Offer: Get 1 year of Inman Select for $199SUBSCRIBE×
Inmanpot
Log in
If you created your account with Google or Facebook
Don't have an account?
Create an Account
Forgot your password?
No Problem