Sometimes I mention “suspicious data” on the way to blowing up the source or the analysis, but this time the sources are all okay and point in a similar direction: The U.S. housing recovery has slipped. One way to explain the housing pattern: Sales are suppressed in localities with good economies because of limited inventory.

Sometimes I mention “suspicious data” on the way to blowing up the source or the analysis, but this time the sources are all okay and point in a similar direction: The U.S. housing recovery has slipped.

What the sources say

Fannie Mae last week announced that its Home Purchase Sentiment Index slid to an 18-month low. Not a big slide, and survey-based, but a consistent finding by an unbiased source.

Seeking Alpha found a distinct topping in new home sales beginning last summer and flattening in just the December-February period. Its analysis does not use units alone — low inventory would account for such a plateau — but instead units multiplied by price, so you’d think rising prices should remove the low-inventory impact.

First American Financial Corp’s Real Estate Sentiment Index found in the first three months of 2016 a 4.4 percent decline in title agents’ expectations for home sales activity from the last three months of 2015. (First American surveys title agents, and I like it when disparate sources come to similar conclusions.) The softness perceived was more in units than price.

Most measures of #housing price are still OK.

Most measures of price are still okay. The best, the FHFA (I’ll get an argument about that…) is still showing national home price gains on a 6 percent annualized centerline, but a new and relatively sudden complete standstill in the Pacific region. CoreLogic is still in about the same 6-percent place, as is Case-Shiller, although it lags the market.

Consumers overall are on a 2-percent growth track — down a little from 3 percent last year, but OK.

The ECRI (Economic Cycle Research Institute) has the best long-term recession prediction model of all (only one false call since 1965), and it says the economy is okay — just that, not improving.

One way to explain the housing pattern: Sales are suppressed in localities with good economies because of limited inventory. Turn affordability on its head: A pricey housing shortage may slow the growth of good economies.

This is a very real puzzle: Where is the new construction to meet demand?

In the rest of the country, there is no acceleration of the economy — and hence not in housing, either.

Housing stats have been on a stable up-slope for years. This evident flattening wobble bears careful watching, as housing has been the only forward propellant of the economy besides the general reduction in unemployment. 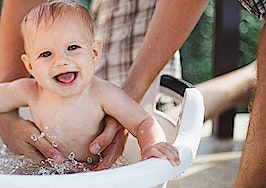 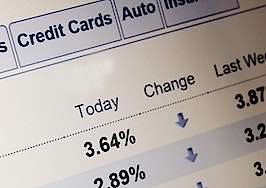